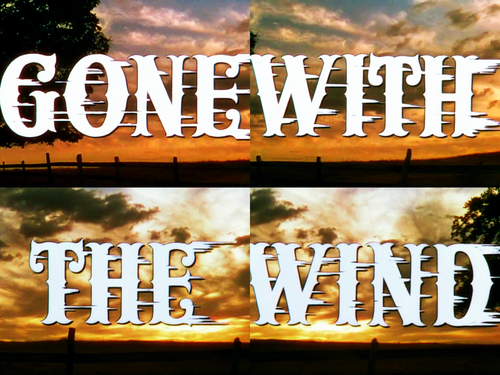 We talk, in our business today, about experiences. I wonder how many people have ever actually had one. Or, if like most things in our lives--like small coffees they call 'talls,' they have been verbally watered-down into meaninglessness.

I'll tell you something, seeing "Aida" at the Met is an experience.

Seeing Ray Charles and the Raelettes at the Blue Note is an experience.

Seeing 'Medea' performed in Attic Greek (though my Greek is rusty) at an amphitheatre on the site of the Parthenon, that counts, too.

I've never seen an app or a commercial or some other contemporary bushwa come close.

On Saturday night, a small local movie house in Chapel Hill, North Carolina, rickety and reeking of artificial flavor decided for Valentine's Day that they would present one of the great movies of all time on what passes for in the 21st Century, a big screen.

So my wife, my 23-year-old daughter, Uncle Slappy, Aunt Sylvie and myself piled into my daughter's new white Subaru and arrived at the Varsity Theatre early.

We grabbed popcorn and soda water and settled into our up-front seats. Max Steiner's music came up, a little wobbly through the non-state-of-the-art sound system, and then the corny type with little "wind marks" on all the letters.

I wondered if the movie were to be re-done today if re-creating the "wind marks" would cost as much as the entire movie did in 1939.

We read the opening title card. We read. And we were inside the glorification of the gallant old South, of muscled men with pencil mustaches and winsome virgins with unfreckled bosoms and 17-inch waists.

It was an experience, it was. Four-and-a-half-hours of dated-ness and eternal story-telling. With wisdom, duplicitousness, laughter, bravery and pain.

It's like nothing you see on your computer, your 60-inch TV which might be spying on you, your, god forbid, your smart phone.

There's nothing like seeing a classic as it was meant to be seen.

I've seen "Shane" on a big screen. And "Bad Day at Black Rock," with the opening train scene in stunning Cinemascope, and most of Keaton (not Michael) and Chaplin and Lloyd. I've also seen "Animal Crackers" with the Marx's and "The Third Man," when the audience went as still as death as Orson said "a cuckoo clock."

People throw around the word classic to denote anything they remember from their childhood, whether it's a "Scooby Doo" rerun or a comedy with Pauley Shore.

I won't piss on your parade.

But someday you should take the time.

To see what you're really missing.

To see what those words, experience and classic, really mean.
Posted by george tannenbaum at 9:16 AM