New York writing. Then and now. 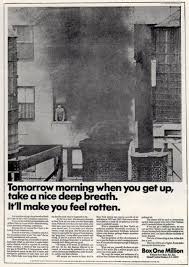 My friend from blogging, the legendary Dave Trott, often remarks about a "New York-style" of writing and advertising. It's a style, as much as it cuts against today's hypocritical faux-niceness, I try to cultivate. I think of my readers somewhat as New Yorkers: busy, no-nonsense and in need of information, not adjectival pablum.

I've pasted two examples of the "New York-style" of writing above. Give yourself a 60-second treat and actually watch the Hertz spot. The commercial equivalent of the Jets vs. Sharks rumble in "West Side Story."

In any event, on Wednesday, the morning after Donald Trump's State of the Union address, I found two more examples of New York-style writing. One from the pro-Trump Murdoch-controlled "Post." The other from the comparatively Democratic "News." 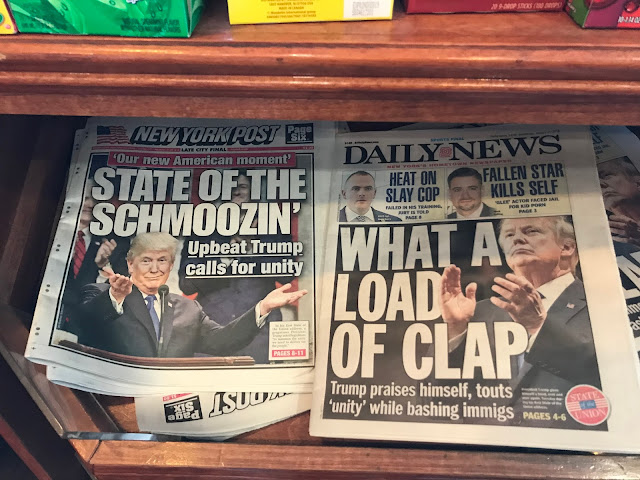 Posted by george tannenbaum at 8:27 PM