Whisky, Rob Schwartz, Groucho and me.

Except for a few dissolute years when I was around 15 and in full-possession of my older-brother's draft card, I was never much of a drinker. I never enjoyed drinking for a couple of reasons.

First, I never like not feeling in control. I never liked having an excuse for really bad behavior. And second, I never liked the effect drinking had on others. People became, to my eyes, not funnier, more clever, or sexier, but loud, obnoxious and often vomitous.

However, as a lifelong reader of ads, even as a young man, you couldn't help but notice the ads run week after week by Chivas Regal. They were created by DDB and they helped make Chivas the Mercedes-Benz of scotch.

The ads appeared like a good sitcom. You'd get a new one virtually every week and you actually looked forward to the next one.

That shows the value of a lot of things. Wit. Consistency. And an tone, look and feel that was owned by the brand--an amalgamation that no other brand could touch. (I imagine people felt the same way about VW ads. Each one was like another installment in a story you enjoyed reading. What would they come up with next?) 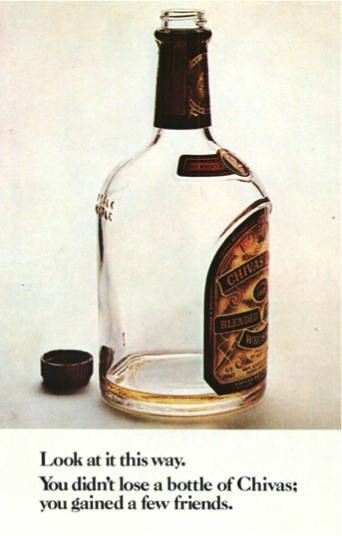 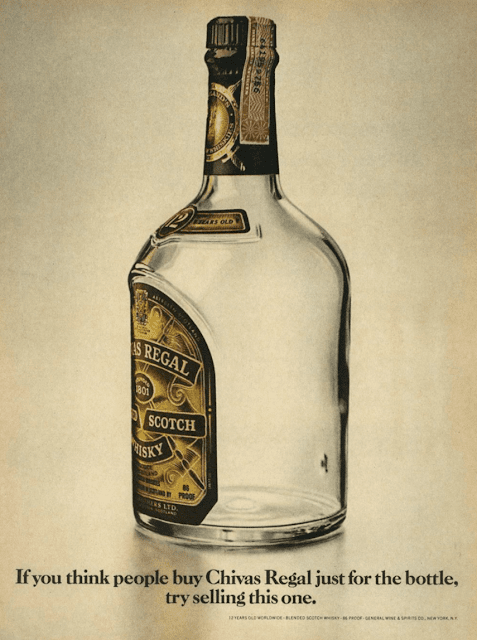 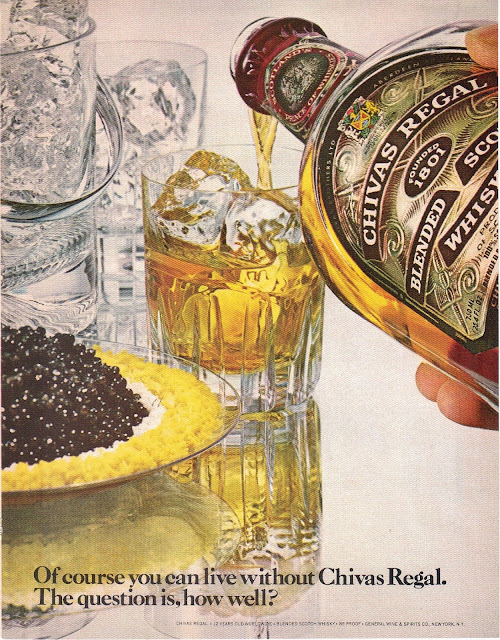 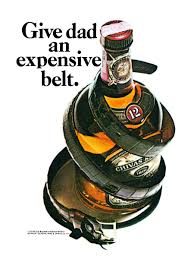 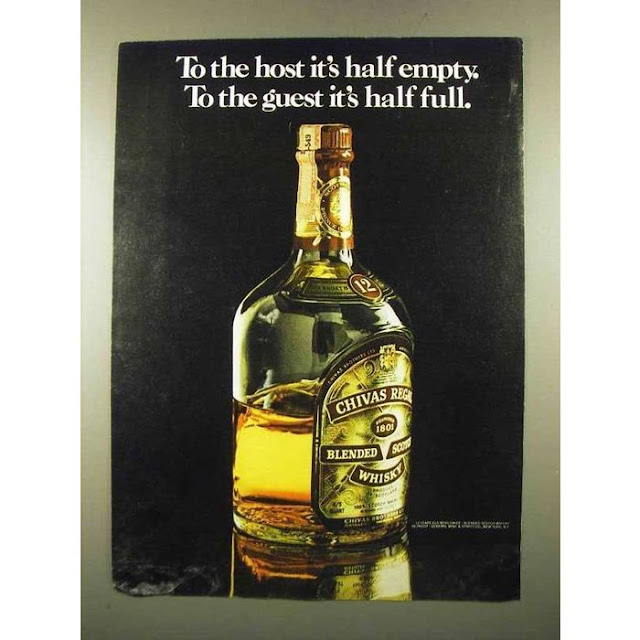 A couple years after DDB and Chivas established the campaign above, I imagine there were some late nights at Jerry Della Femina's agency--they had to come up with a campaign for an also-ran brand, Teacher's Scotch.

Putting my size 13s in the shoes of the creatives who were assigned the campaign, I can imagine the cursing. "Damn, Chivas has already done that." "Shit, how do we do something better than DDB?" "Fuck, we're never going to work again."

But what Della Femina created was wonderful. Wonderful in the 70s. Wonderful today.

They're monologues, really, little comedic bits by some of the major celebrities of the day. They're a bit like "Playboy" interviews, really--the most read bit of a magazine that was seldom read.

We talk a lot these days about "engagement." We want people to engage with our brands. These efforts are usually about as successful as Mike Pence's "Big Book of Jokes, Toasts, Quips and One-liners."

My friend Rob Schwartz, CEO of TBWA\Chiat\Day played Maxwell Perkins to my Thomas Wolfe and suggested I write this post.

Rob's a CEO now, but he's a writer at heart. As such, I'm sure a little bit of him feels like I do. I want to howl at the moon every time I hear someone assert that people don't read anymore.

(If you're a client or a creative director or an account person, you can't say on the one hand that you want engaging ads, and on the other that people won't read.)

I'm not sure the ads below will be legible. Some are higher-res than others. Here are two excerpts that I think will leave you wanting more. Long copy. Long copy that makes you want to read.

That's what good ads do. 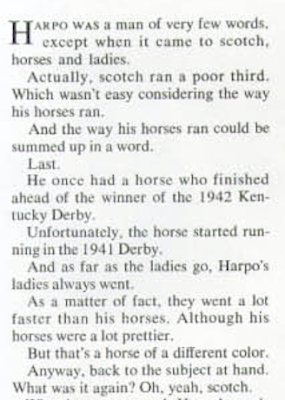 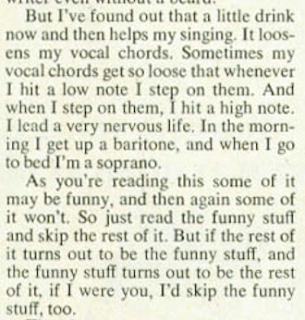 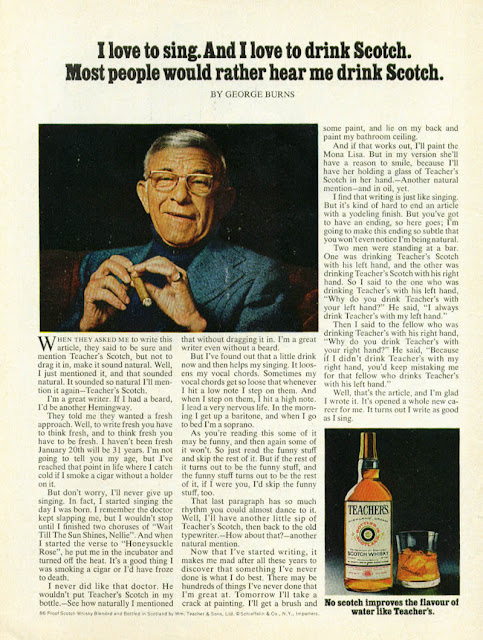 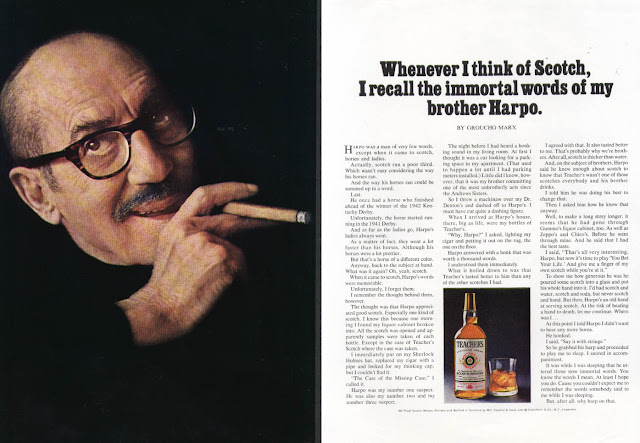 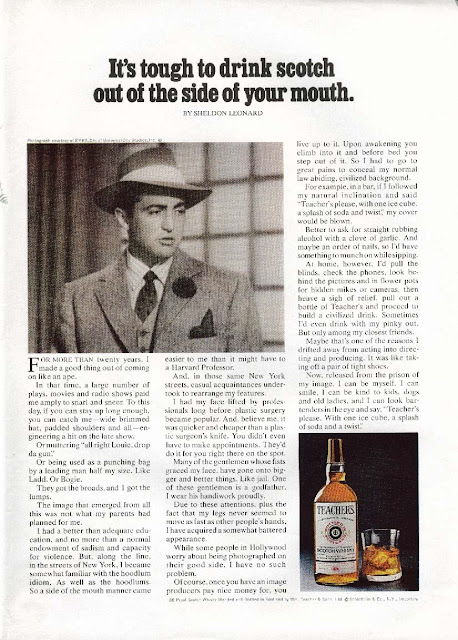 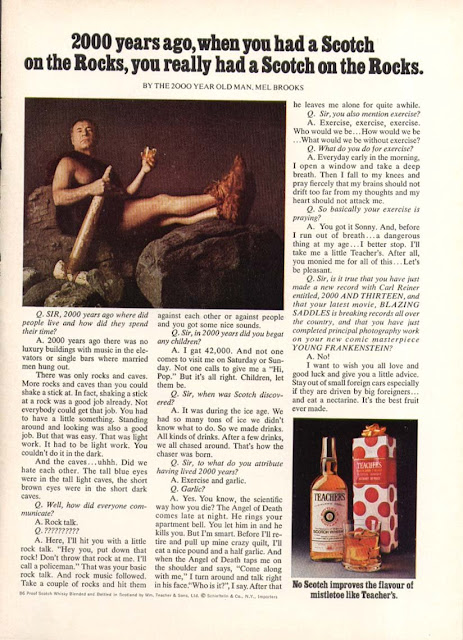 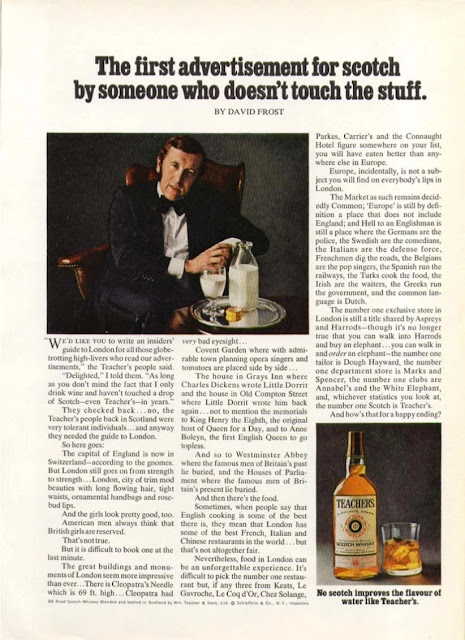 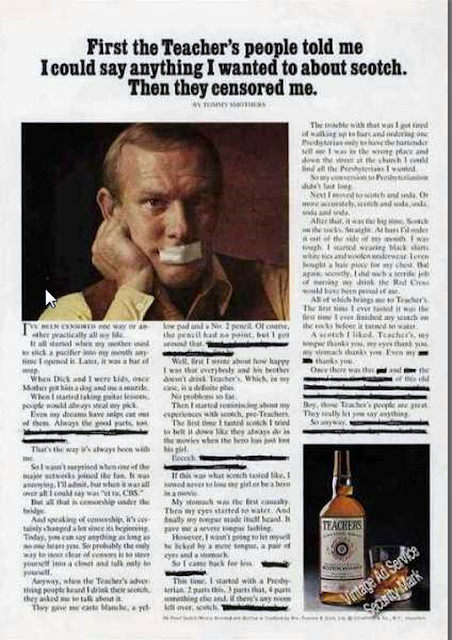 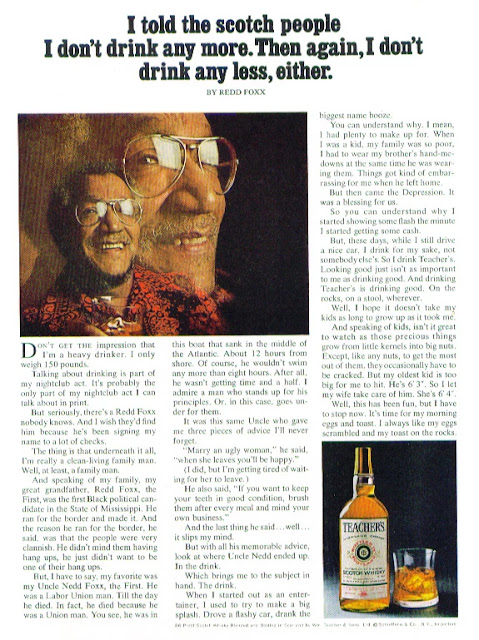 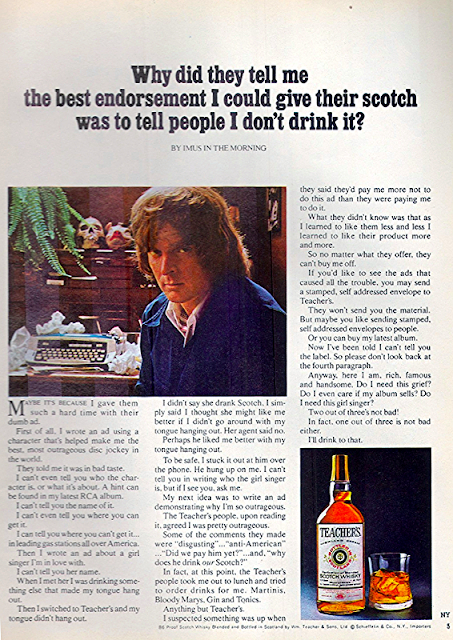