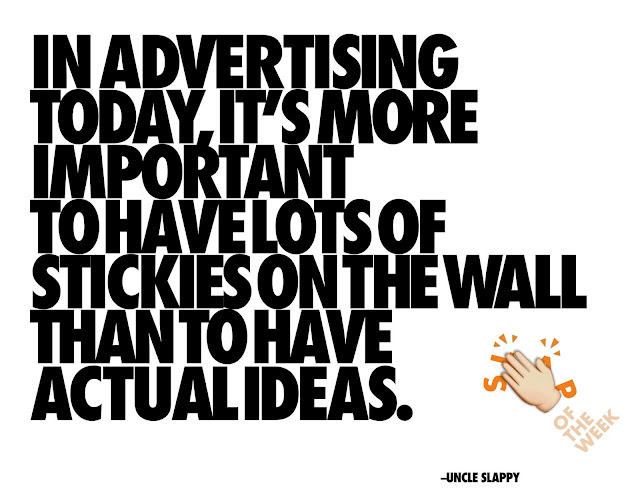 About 61 times a day, someone—it often comes from someone I actually respect—gives me a phone call or sends me a note. The tenor of those notes is usually, “George, when are you going to start your own agency?”

While I would love to make more money, would love to be in-charge, and am already inclined to work my ass off, I usually push those people away. Starting your own place is almost silly to think about if you don’t have a $3 million account or two. Better people than I haven’t been able to make a go of it, I assume because they hadn’t the financial foundation to endure.

In any event, if I were to start my own place, I think I might set up one rule before I did anything.

I would ban meetings.

The most effective meetings I've had in my life usually involve two people or three and usually take under five minutes.

"Thanks. How 'bout those Knicks?"

But mostly I would ban meetings because I’ve spent a bit of my life reading the economist and Harvard professor John Kenneth Galbraith.

He’s said some things about meetings that I happen to agree with. As I sit at my table and type and think and write, I see more and more people who seem shut inside conference rooms from the moment they arrive in the office around 11 till the time they leave around 5. They're never alone at their desks solving a problem, or actually writing something. They're surrounded, all day.

Here are some of Galbraith’s words…Perhaps, words to build an agency on. (I’ve de-genderized Galbraith's prose a bit.)