An annual report meets William Carlos Williams and the Greeks.

About nine months ago I got a call from someone out of the blue.

Oddly enough the call wasn't about extending my car warranty or urging me to vote for this candidate or that.

It was from a prospective client who had found me and wanted me to work on their business.

I was just three months into the freelance game at that point and really didn't know my ass from my elbow. And this client was an international banking organization designed to help impoverished countries recover from disasters and improve their development.

They sent me a 64-page scope of work that frightened me as much as a dossier of my mother's dental records would. She biting the heads off of chickens and all. I'm a good reader and all that. But I have a Jew's deadly dread of bureaucracy--read a little Kafka some time, you'll get it--and I couldn't face the SOW.

I reached out to a friend of mine--my account person from Ogilvy from 20 years ago. Over the course of decades and thousands of miles, we had remained friends.

Like the aforementioned Kafka, I won't use her name. Instead, I'll call her H.

H wrestled the problem to the ground. She got the client trained. She had me attending status meetings. She made sure things moved along, bills got paid. As GeorgeCo, LLC, a Delaware Company grew, she helped me get accounts signed and so on and so forth.

Along the way, this banking group asked me to create their annual report. I've written my share of eight-page inserts for the Times and the Wall Street Journal. And my share of four-minute brand films. But this was a 130-page document.

I called my ex-partner S, who also lives thousands of miles away in the other direction. We too have stayed friends. Through the years, the miles and the distance.

Together, the three of us hammered out this project. It's not the most "creative" thing I've ever worked on. It won't deliver belly-laughs, but it's good, sophisticated and smart. When it's finally published in a week or so, I might share some of it in this space

Like I said, it ain't going to win an award. It's not going to lead people to regard me as cool. And it will not help me get my non-existent swagger back.

But that's not the point. 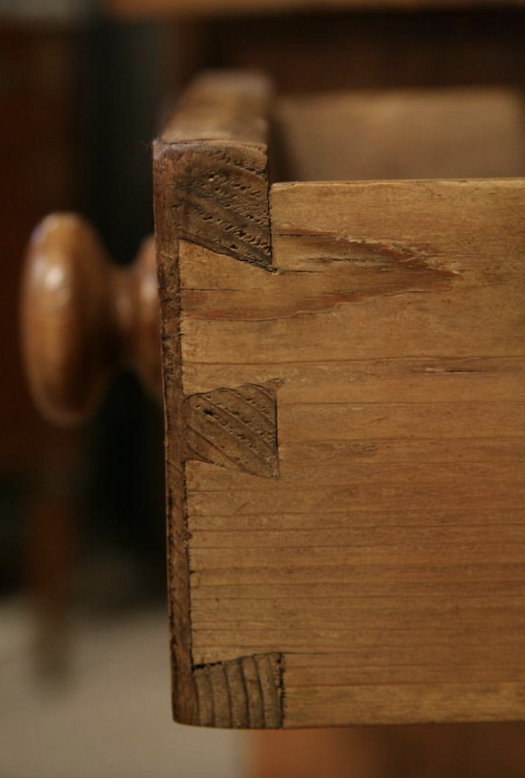 On Monday nights when I am not working, I try to tune into Antiques Road Show on whatever PBS station is airing it. I like sports memorabilia ok, but what I really enjoy is when the experts parse, so to speak, a finely made piece of furniture.

Most often they remark on a subtle, gentle curve. Some delicate inlay or an elegant veneer. Or the skill and precision of dovetail joints.

Of all the joys we can find in our work lives--and we should gain joy from working, not just money--there's no greater happiness than the feeling that comes from working with people who care. Who care enough to be good at their jobs. Who push and who are unflagging in their drive to do work that's up to their standards, that's done their way.

Working with people who are strong enough to love what they do and so they do what they do with every fiber of their muscles and their brain and their heart is one of the greatest things that can happen to a person.

But they seldom write about the friendship and love and pride and passion that comes from working with people who care. An account woman like H who knows how to keep the world calm and at bay. Or an art-director like S who knows how to squeeze a serif in a way that makes all the difference, even if no one else ever notices it.

Like William Carlos Williams wrote, so much depends upon a red wheelbarrow.

So much depends upon things we take for granted.