Like many people of my generation, at least people I know who are around my age, I grew up heavily influenced by Looney Tunes cartoons. In fact, from about the age of six or seven on, if someone asked me how a school play or a science fair project or, later a client presentation or new business pitch went, there's about a seven-in-ten-chance I'd answer, "well, no one threw fruit at me." The idea was that a butter-fingered juggler, a frog-throated singer, an unfunny comic or anyone generally inept and making a presentation would get pelted with rotten tomatoes if they stunk up the auditorium seemed perfectly normal to me. Getting hit in the nose with a fetid cabbage seemed a small price to pay for a bad performance. All this to say, I gave my first--and I hope not my last TedX talk Sunday. Since then, many people have asked me how my talk went.

Well, as I often say, no one threw fruit at me.

People seemed to laugh at the funny bits and not laugh when I was teetering on the brink of the edge of the precipice of the border of profundity.

And after my talk, which lasted about 14 minutes--slightly less than the 15 to 18 minutes the Ted Industrial-complex recommends, many people came up to me and told me how much they enjoyed and agreed with my remarks.

Agreement is not always a sign of success, but as I've said, it beats having fruit thrown my way. 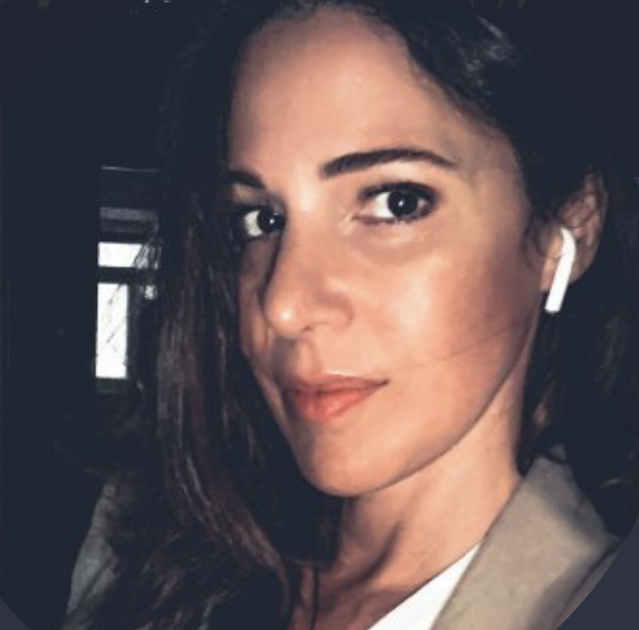 Marta Gonzaga, the lovely person who organized TedXLisboa found me in the ash heap of LinkedIn, flew me to Lisbon, took me and my wife out to dinner and tolerated me, even after I missed rehearsals because I failed to look at my WhatsApp, tells me that the contents of the event will be posted soon. When they are, I will let my dear readers know.

In the meantime, below is the first draft of my talk. In it I ripped off Tibor Kalman's great piece "Fuck Committees." I wrote my version, "Fuck Machines."

I eventually pulled back from this. I tamed myself a bit, keeping only a small portion of what's below for dignity's sake. Nonetheless, though it's angry, here's my original draft. Maybe a 21st Century Howl, fueled by ice cream, not hallucinogens. I'll call it Bowl. Please throw no fruit.

Fuck the people, the money-crazed, the arbitraged, the perpetually optimizing,

who steal our data and get rich off it,

selling it to anyone who will buy it

to fatten their billionaire bitcoin accounts

and moving on to the next victim or victims or people

or class or community or nation or global economy,

before they crash that and move onto the next rotten sphere

and steal their way upwards to mammon once again.

the trillionaires who demand bridges be rebuilt because their

300-foot yachts are too big to sail beneath,

spewing carbon and the ashy detritus of lives wherever they go,

they destroy the past and the future with their

who have eaten our privacy in return for our

destroying any sort of evaluation that isn't built

on a machine-made calculus of graft and greed and grime.

And lies with the longevity of volcanic rock,

and ode to the persistent plump of persevering pomposity.

Fuck the machines who give to their creators,

or those who stole credit for their creation,

ninety-nine dollars and seventy-five cents out of every hundred dollars,

without a chance in hell to escape the machine made

interstices that have tied up humanity in their pixeled possessive paws.

who have processorized work and working into

a maelstrom of meetings and spreadsheets where

the greatest action and reaction comes from pushing the

same piece of digital paper up a Sisyphusian hill until the

end of time or until you reach age thirty-seven-and-a-half,

whichever comes first and they throw you out like

a cosmic apple core browning and stinking to oblivion.

who have calculated the cost of everything,

never recognizing the value of anything.

Who have binaried you balls to smithereens eliminating

love and lust and laughter from all life and long as we no longer live.

who make sure a complaint is never solved,

a question is never answered and

satisfaction is as ancient a relic as a long-fanged asp at Cleopatra's lily breast.

that make sure everything,

every plane trip, every meal, every hotel room,

every piece of particle board humanity we are induced to purchase

is as decrepit and dumbed down as the last ding-dong of doom.

Their insectization of our entire species,

where their promises of ease and comfort and quiet and rest

with their mechanized menace

eating our hopes and loves and dreams and entire planet so

they, machines, can grow bigger and stronger as they grow

who trade our bodies for their bots.

That would turn you into a rusty cog,

turning and spinning and whirring and

throwing off grey sparks until your gears are sanded down

are nothing more than

fucked by the human consumption machine

that takes your heart,

and uses them as fuel

to run itself in

its perpetual motion fueled by your perpetual inertia.

got you dead and bleeding,

leave you always poor and needing,

Fuck machines transforming us into their tools.

Fuck machines eating our data, our privacy, our creativity, our jobs, our lives.

Posted by george tannenbaum at 4:16 AM