Five Things I'm Not Thankful For. 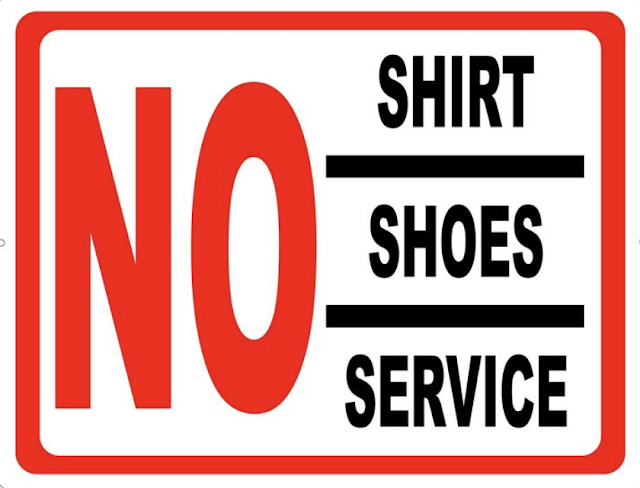 I spent the first 45 years of my life not needing to fill out terms-and-conditions when I sent a note or a thought, got the news, bought something or watched a movie or TV show. When I went to a candy store or the A&P, there was a long lawyer-convoluted set of Jarndyce and Jarndyce prevarications.

I'll tell you what I want from companies--and from people. I want you to do your job well and treat the environment and the people who work for you with kindness.

If you make hamburgers, make a good hamburger. Pay your people a living wage. Pour out your rancid grease now and again and clean up your litter, or don't make it in the first place.

When you've done all that, then you can solve the greater problems of the world.

Until then, be proud of what you do. If you make burgers--make a great one. If you're an ad agency, make great ads. And so on.
You ain't saving the world. You're trying to get PR as if you're saving the world.

Press-releases regurgitated by "journalists," and sycophants are all over social media.

WPP has won more "network of the year" awards than there are networks, or than there have been years. Not a single journalistic organ other than this blog has noted that WPP has shed roughly 45% of its workforce since 2015--from 190,000 people to 100,000 people, its C-suite makes on average 300x the median wage of its employees, and its attrition rate hovers at 40%--meaning every 2 1/2-years they turn-over completely.

If this is the network of the year, the ad industry is in bigger trouble than it even realizes. 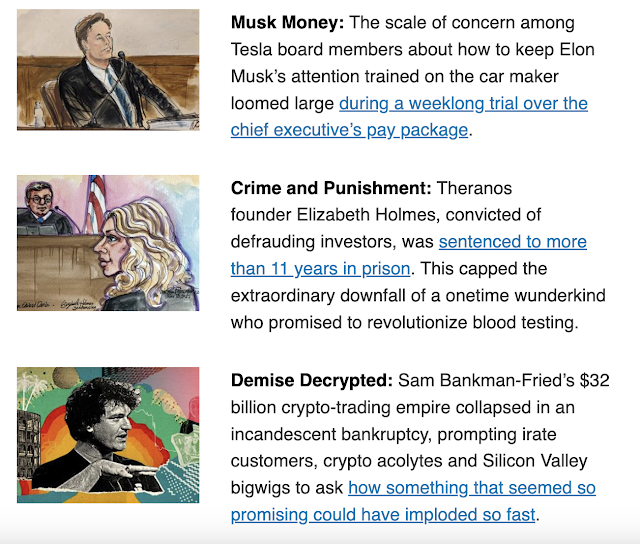 What started as glowing veneration of saints--hagiography, that is glorification passing as biography--has infected our entire world.

The pedestal-ization of Mammon-seeking missiles like Elon Musk, Mark Zuckerberg, Donald Trump, Elizabeth Holmes, Sheryl Sandberg, and about 9-billion others is a sickening display of the triumph of prodigious wealth and power over reason.

Rich does not equal virtue. We seem to have forgotten those maxims about it being easier for a camel to get through the eye of a needle than it is for a rich person to get to have.

Yet, we have given these-eaters-of-the-poor the power to aggrandize themselves with monuments to their "generosity," forgetting that their vast wealth and influence have excused them from paying taxes.

They're the only people in society who get to choose where they send their money--then stick their names in every corner of whatever phallic edifice they donate to. New York has more hospitals with the name David Koch on them than it has stop signs with the letters STOP. Even benevolent Bill Gates and his vaunted foundation would be many times smaller if, he were taxed at the same percentage rate that I am. It's nice that these potentates give their money away. But I'd rather they pay their taxes and then give to charity.

I can't for the life of me understand what it means for an advertisement to be a part of culture. Yet I hear that insipidity so often I question my own sanity.

In today's balkanized, coming-apart world there are almost as many cultures as there are people. It's been about 30 years since I've seen someone represented in a TV commercial who comes from any culture that's as close to mine as a triceratops is to a Porky Pig.

How about doing instead what Bernbach implored--finding simple, timeless, human truths.

Not banal, temporary fads and trends.

That's good enough for me. And an important enough job. I'll leave culture to others. My job is to make brands understood and likeable so people prefer them. That's hard--don't make it harder by looking at what I do through a culture prism, too. I also don't know what culture means. And I guarantee, my culture is different from yours. In fact, it's different from my wife's.

This will be my last post until Monday, November 28. Have a peaceful Thanksgiving. Smile at a stranger. Say please and thank you. And use your turn signals. Small things that could make our world better.

Posted by george tannenbaum at 7:54 AM