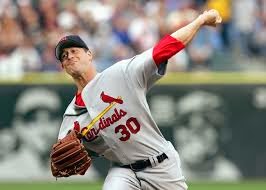 And then he blew out his shoulder and retired at the age of 30.

Last fall, he got bit by a bug. He was watching a ball game on TV and started mimicking a pitcher's motion. He realized he could throw once again without pain.

His fastball hit speeds of 92 miles per hour.

Gaining confidence, he signed with the Anaheim Angels and decided to make, at age 36, a comeback.

Then, working through a "routine agility drill," Mulder heard a loud pop. He thought maybe the heel had ripped off his shoe.

Instead, he had ruptured his left Achilles tendon.

His comeback was over.

In advertising we don't need to throw a ball 92 miles per hour. We don't need finely-hewn abdominal muscles. About our only overlap with ball players is we need to look good in a baseball cap.

Mulder's kids never got to see him pitch. They all cried when their dad threw in the towel.

Nevertheless, Mulder had a lesson we, in advertising, could learn from.

He said: "I tell a lot of young guys to take advantage of these opportunities, because you can throw one pitch and be done. That's part of the sport, any sport. It can be taken away from you in a heartbeat."

It's true of advertising too.

"It can be taken away from you in a heartbeat."
Posted by george tannenbaum at 9:49 AM