When I was a kid it seemed like every neighborhood had an ice-cream truck that came around and catered to the kids who invariably were horsing around in somebody’s backyard or playing ball on the street.

In those days—I guess because more often than not, Moms stayed at home, kids were sent outside to play. There was no sitting in the house and watching television. When you were home after school or home during the summer, you were fairly kicked outside.

Our neighborhood, a gaggle of like-aged kids living in row after row of like-aged homes, was visited on many days by two ice-cream trucks. 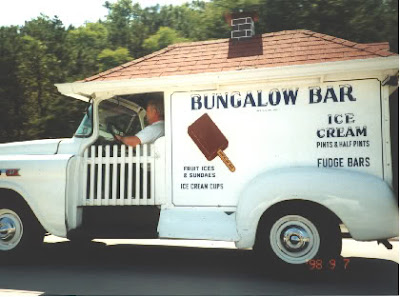 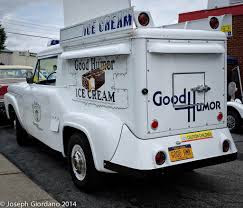 The less-popular but cheaper of the two vehicular lactose delivery systems was called Bungalow Bar. The truck itself was Jeep-like and carried a brown bungalow-like structure on the back. Inside the bungalow was a freezer, and deep inside amid the frost and the cold air, lay ten-cent bars of chocolate-coated vanilla bars, or Dixie cups filled with vanilla, chocolate, and strawberry. Or popsicle-like confections with a fruity iridescence. Bungalow Bars cost a dime, which even back 55 years or so was not a great deal of money.

The star of the street, however, was the Good Humor man. His truck was gleaming white, and when he came upon a band of roving Indians being pursued by gallant cowboys, he would ring his trucks bells and the games would for a few minutes cease. The Good Humor man was dressed all in white with a cap like a naval officer’s and he wore a change-dispenser at his waist from which he’d quickly click out a dime back from your quarter and reach deep into his frozen domain and deliver you your chocolate éclair ice-cream or X15 popsicle, modeled after the rocket-jet that astronaut Edward White flew to the very edge of space.

Driving on the Bruckner today—that most urban and blighted of highways—I spotted a Mr. Softee truck, the harbinger of spring in towns and cities all over the east coast. Then further along in the Bronx, as I angled down Alexander Avenue toward the Third Avenue Bridge, I came upon a Good Humor truck—the first such truck I had seen in decades. 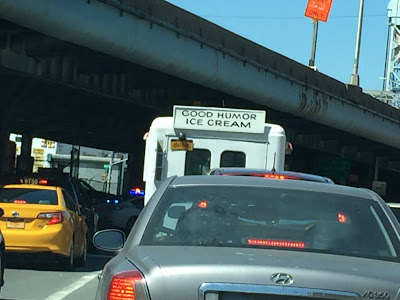 Ice-cream like most everything else in our world today has been fetish-ized. We have today cognoscenti of salt, mustard, balsamic vinegar, olive oil, of course wine, and naturally ice-cream.

There are concoctions and mash-ups of ice cream flavors that I will never get used to, like salted caramel or pomegranate.

None of it will ever taste as good as Good Humor tasted in 1961 when I was three years old, Roger Maris was on his way to 61 homers, John Kennedy was president, and all seemed right with my little world.
Posted by george tannenbaum at 6:45 PM