When I want your opinion, I'll give it to you.

About 20 years ago I was listening to the news one morning while I was getting for work. I listen to National Public Radio news and their morning news program is fairly regimented. The first ten or so minutes after the top of the hour, a listener gets a glimpse of the big stories of the day. Then for about 30 minutes they go deeper into the big stories with color commentary or interviews.

The last 20 minutes of the hour are usually filled with things I would regard as fairly inconsequential. A rock band’s new album, a bassist recovering from addiction, a review of a new movie involving a much-beloved superhero I had never heard of. I usually don’t pay attention to this portion of the news. I resent it, actually. I’d like my world news separated from entertainment news. But that battle’s been lost.

A typical TV network might earn 50%-60% of its profit from its “news” shows. So they’ll do almost whatever they have to to get improve their ratings and make more money selling ad space. Wouldn’t you? Even if it soddened the minds and polluted the society you live in, it’s all about greenbacks, ain’t it?

In any event, I was half listening to the news at the bottom of the hour and I noticed that in talking about the movie industry, the main focus of the news was on box-office receipts.

What was popular became more important than what critics deemed was good and/or important. Movies were rated almost entirely on their “box office,” rather than on some less quantifiable criteria. By that measure, most of Orson Welles’ movies or Preston Sturges’ movies, would be abject failures, whereas “Alvin and the Chipmunks, the Squeakquel” would be regarded as a success. 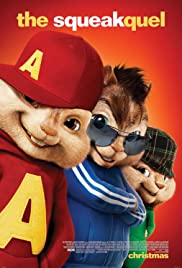 Now that I am living in the former land of the Niantic and the Pequot, I am having a slightly difficult time finding restaurants that serve the sort of food I like. Even when we venture into New Haven for Whiskey’s twice-monthly chemo-treatments, I can find nothing good. Part of the problem, of course, is that restaurant reviews—which you may or may not trust—have almost solely disappeared. The only information I can find online are stars from Trip Advisor, or Yelp! or GrubHub or Zomato or ChowHound or Menu Pix. I can find nothing I know or trust—and none of those rating systems give me any reason to rely on their picks.

I noticed just now the perniciousness of popularity. Our un-popularly and un-constitutional president has just, via Twitter of course, castigated NASCAR for banning the racist Confederate flag and for supporting its sole Black driver, Bubba Wallace. (Forget about the truism that no nation builds war monuments to losers.) Trump seems not even to consider the morality of NASCAR’s actions—he essentially calls their decision a bad one based on a drop in their television ratings.

Public opinion, of course, must be taken into consideration. But where people fail is when public opinion is the only consideration. Many political decisions are unpopular. Truman’s integration of the armed forces. Roosevelt lending armaments to the UK and the USSR before the United States entered World War II. Even, I’d imagine, the abrogation in 1951 or so of Plessey vs. Ferguson. But sometimes politicians must lead public opinion—not just follow it.

I would imagine about 97% of great advertising would be killed if it had been subject to public opinion in the form of focus groups. I know the most famous-spot ever, Apple’s “1984” would have died a thousand deaths, 950 small deaths, 50 gigantic. And I can well-imagine the focus-group outcry over “Lemon,” or “Think Small,” and certainly “Drive it like you hate it,” would have died like a possum under the wheels of an 18-wheeler on a highway. Further, imagine David Abbott’s “Economist,” work. I can practically hear the caustic criticism rattling around in what’s left of my noggin.

The point for me in all this is that public opinion is good, and valid, and important. But when you make it your sole, or your primary point of judgment you are giving up your personal wisdom, your personal quirks, your personal taste, standards, predilections, judgment and more. You’ve given up some basic human truths, that most things that breakthrough are initially disliked for the very reason that they are new and uncomfortable.

Of course we must keep our ears to the ground—we must know and care what people think. But we must also believe in what we believe in.  Chances are, if it's new it won't be liked and if it's liked it isn't new.