Of the 97-million-billion-trillion things that bother me about the modern world, one of the more irksome is a new job title I've been hearing about for a year or so. 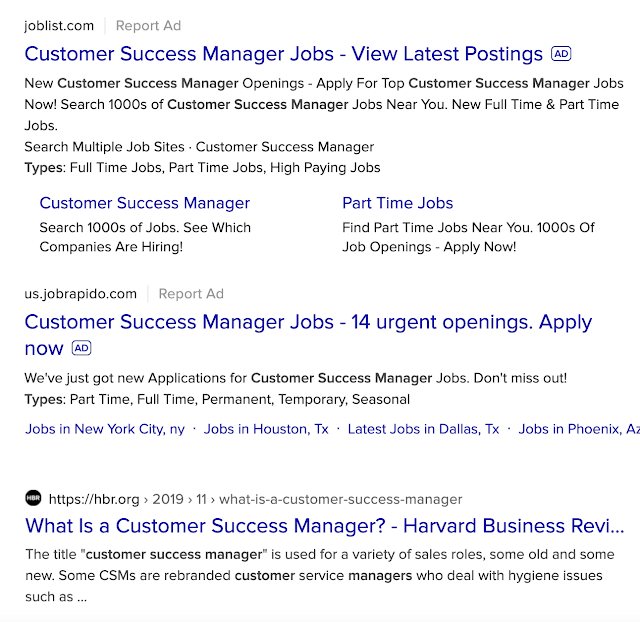 The title is "Customer Success Manager."

The manifold ickiness of that attempt at brainwashing just disgusts me. I happen to think that in all of America over the past 30 years or so, there haven't been a dozen customer successes, in total. I can't recall a single time when I bought a product or service where I didn't feel like something sucked or someone let me down. Either with discourtesy, un-answers, or outright lies.

However, titles like that are not the problem. They're a symbol of a much bigger issue. The grinningfuckation of America.

Everything is about the fake and phony smiles plastered on the faces and in the mouths of everyone associated with advertising and life itself. There is never a spot, print ad, banner ad or even powerpoint deck that isn't afflicted with this horrible malady. Meanwhile, diseases of despair--drug addiction, alcoholism, obesity, etc, etc, proliferate. But as we depict people, everyone is breaking into dance or spinning in a field.

This lack of realism hurts us in advertising every day and in everything we do.

No longer do people have worries that can't be solved by a new, cheesier dorito, or renting a new Ford or other fine car from a winsome pixie behind a rental car counter.

My sense of America is that everyone hates their ISP (they should really be called I, they bestow no service and they don't provide) but in commercials, thin actors are gushing about their fucking HD picture and how unfailing their all-too-fallible service is.

Their greatest joy is not finding love or bringing a child into the world. It's the opportunity to find an insurance bundle that brings together auto, home and life so I can save three-percent.

One of the reasons I think more and more people hate advertising is that more and more advertising hates people. It treats people as little more than grinning manikins who's can't wait for another serving of Tostino's mini-pizza rolls during the big game.

Not long ago, I ran across a little item in Harvard Business Review. Someone asked the comedian Jerry Seinfeld about his web series "Comedians in Cars with Coffee" and why he chose that device rather than a typical talk show.

Here's what he said: 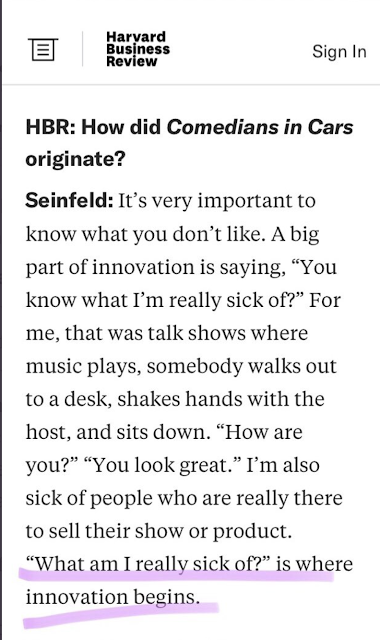 The three key sentences here are:

2. This is where innovation begins.

3. It's very important to know what you don't like.

I owe a little here to the great playwright Tennessee Williams, who in "Cat on a Hot Tin Roof" had Big Daddy berate his wastrel of a son, Brick with these words:

That is to say that much of the time, life sucks.

It sucks if you're rich. It sucks if you're poor. It sucks because life is hard. Choices are hard--rent or food or medicine. People get fired. Their kids get in trouble. They tear their right rotator cuff and can't sleep at night. Their parents are alcoholics or suffering from dementia.

But! Nacho cheesier! Happy meals! A lighter beer! A sale on dry wall at a big box store! Blazing-fast internet. 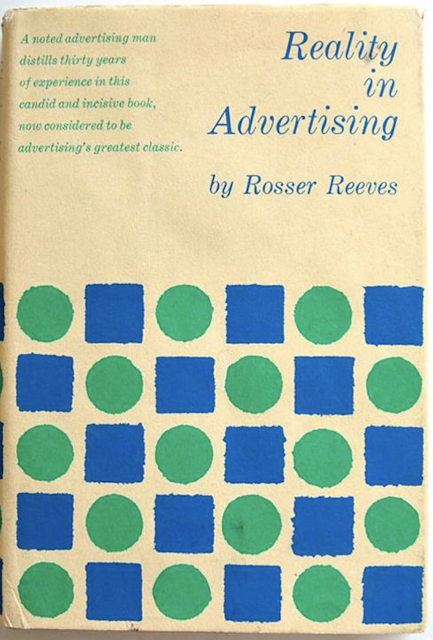 It's time I think to think about reality in advertising (not the Rosser Reeves book.) But the pain and suffering that just about everyone tries to cope with, that everyone endures.

I suppose the word that's missing is empathy. We forget to love, care and respect our viewers.

Carl Ally once said, "Advertising should afflict the comfortable and comfort the afflicted." 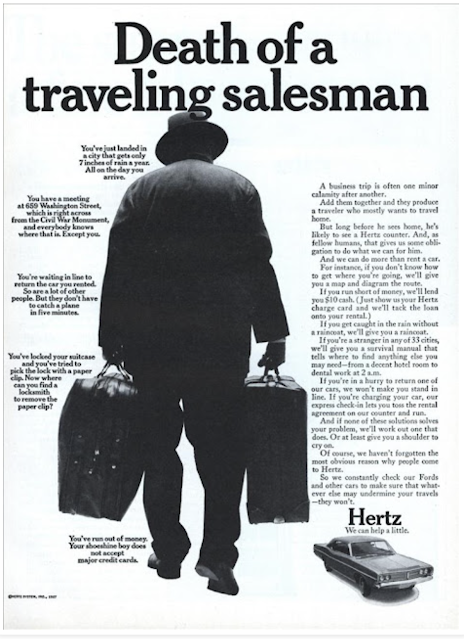 We ignore truths like this, that we buy on time
and business travel doesn't lead to singing while in a Chrysler Sebring.

But as an industry, we're choosing to ignore things that make us sick. And as Seinfeld says, not yada yada yada, but "That's where innovation begins."

So, ignore at your own syrupy-sweet risk.

As they said in the sixties, "reality is for people who can't cope with drugs."

We can say virtually the same about advertising today. "Advertising is for people who can't cope with reality."