I Owe it to Advertising.

About two years before I was fired from Ogilvy, I knew I was going to get fired. This wasn't due to any perspicacity on my part, just observation. No one within 300 yards of me at the office was within two-decades of my age. And because of my age, the agency figured they could treat me like shit--no going to Cannes, no raises, no bonuses. Where else could I go?

I realized something else at that time.

I wasn't just on LinkedIn. I had created a "network" or a "channel" for myself. Whenever I posted something, thousands and thousands of people would see it.

It occurred to me, being an old ad guy, that I had something most people selling things would die for. I had "reach." I could disseminate a message and get it to the people I wanted to get to.

Following all the "old" dogma, I knew I next needed frequency. I'd seen too many marketers think they'll succeed by running one ad, going dark for six months, then running another. If you have common sense, you know better than that.

Finally, I knew I needed a tone of voice and a look and feel. Tone and humor have been my hammer and anvil since I entered the business back in the waning days of the Jimmy Carter administration. As for look and feel, here I was helped by my lack of skills. The only typeface I "understood," was Futura Extra bold Condensed. That's what Ammirati used in some of the best ads ever done--the ones they ran for BMW.

I sat down at my rickety workspace and created some ads.

Even for someone as rash as I, it would have been impolitic to run ads for myself while I was being paid by Ogilvy. As the weeks leading up to being kicked to the curb with a peon's severance went by, I kept working. I accumulated a dozen ads or twenty.

Before too much longer, I was of course shit-canned. I say, bluntly--and I dare anyone at WPP to refute this--that I was fired for being old, because I was certainly making the agency money. So it wasn't about salary. It was about white hair.

In any event, I ran this ad and right off the bat got something like 70,000 impressions. 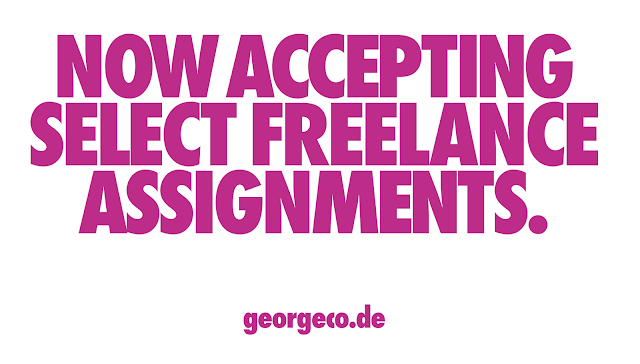 I quickly noticed something.

Every time I ran an ad for GeorgeCo, LLC, a Delaware Company, I'd get a phone call or an email, or ten. So, I kept running them.

To date, I've probably run 300 in all. And while some perform better than others, I never really know why (it could be the weather) but they all have given my bottom line a bit of uplift.

Late last summer, I entered five of my ads in CA. On Friday I received my trophy in the mail. Today, the magazine has released its online edition.

A couple of executives have asked me through the years to "lay off" of the WPP-bashing. [One person's bashing is another's simply telling the truth.] After all, I'm independent now, I don't have picayune bosses to deal with or Concur or timesheets. I'm doing better than I ever imagined I would do.

But I ain't laying off.

Being fired is a kick to the groin.

Being fired for being in an unprotected-protected group hurts even worse. It's just not fair. Especially when the CEO in public disparages you for being old.

There are just two things left I can say.

Not necessarily in that order. By the way.
I never got an apology. 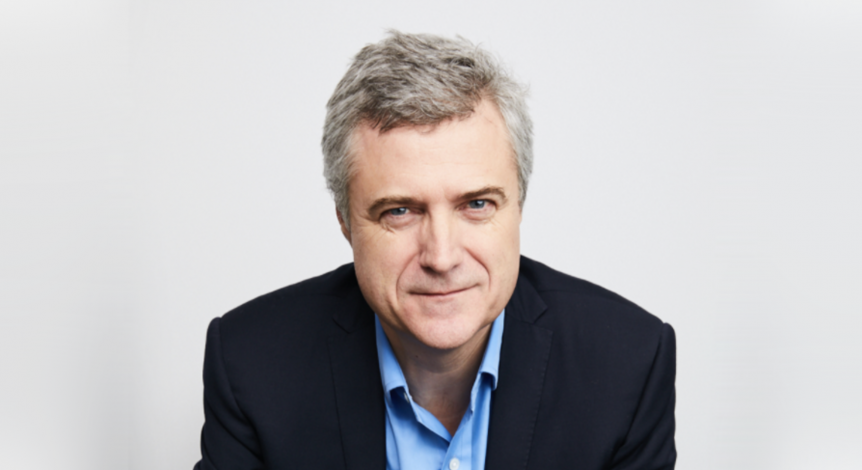 ICYMI, the CEO of WPP Mark Read found himself in hot water last week. During the company’s earnings call on Aug. 27, he said the “average age of someone who works at WPP is less than 30.”

Over on LinkedIn, things aren’t much better. A handful of people have called Read out: Matt Kandela,
CEO of brand and experience design agency Dear Future, said it is “frankly terrifying that [Read] believes
this is a real benefit to clients.”

Somewhat bizarrely, Read spent part of the weekend individually responding to criticisms in copy-and-paste
fashion (with typos to boot). He told two LinkedIn users that “all ages are we valued at WPP and the last
thing I would want to suggest is otherwise.” On three separate posts, he wrote that he doesn’t want to “suggest
that age is any way a good thing on it’s own and I’m sorry that is how it reads.”

Read also attempted to explain his rationale: “I was asked by an analyst if we had too many people who just
did TV ads and this was my response,” he wrote below one post. “I guess I said it to make a point in defence
of all our people. It is an average and we luckily have many above the average, including me.”

On Twitter, he said he was “wrong to use age to try to make a point.”

Read’s comments, and his subsequent attempt to make amends, come as the advertising industry
grapples with ageism and its longstanding fixation on youth.

Last year, Duncan Milner, a TBWA\Media Arts Lab creative executive who led some of Apple’s most

iconic ad campaigns, sued the agency for age discrimination. A similar lawsuit is currently unfolding
between Doner and one of its former creative directors, Susan Walsh.

Posted by george tannenbaum at 7:50 AM