A kiss is still a kiss. 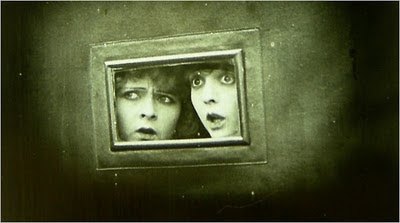 This morning, "The New York Times reported that a cache of ancient silent films was discovered in New Zealand and will be restored, copied and returned to the United States. You can read the story here: http://www.nytimes.com/2010/06/07/movies/07silent.html?hpw


None of these films--films which are between 80 and 100 years old--will be seen by the general populace. Most people regard film (like advertising) as a contemporary medium and it's like pulling teeth to get people to see a movie that doesn't have a current star, a contemporary music store and a modern sensibility. I don't know why that is, it just is. For whatever reason we'd rather see Ashton Kutcher in "Killers" than Burt Lancaster in Ernest Hemingway's "The Killers." Societally we assert that something can't be relevant unless it's contemporary and timely.

Techniques change over time. As do production values and styles. So does language and how we use it.

Whether it's 2010 BC or 2010 AD, people have stayed essentially the same. We fall in love. We laugh. We destroy. And we do it much the same way we've always done.

We're not. And that's the way it's always been.
Posted by george tannenbaum at 7:01 AM

Huh, there's another misquoted line from that movie. I always thought it was "A kiss is just a kiss..." -- as apparently did a lot of other people.

On topic though -- my father always said that those who do not study history are doomed to repeat it. I've come to believe that studying history is no matter, that we'll just keep on repeating ourselves anyway. In turn, we'll keep believing in "human progress".

But that's okay. An ant doesn't see and anthill; it sees a mountain.

Just as Dave Trott said in his blog this morning about some old vs new advertising (referring to your blog from a few days ago). It is the idea, the thinking and the content that is important, not just how digital or technological the execution is.