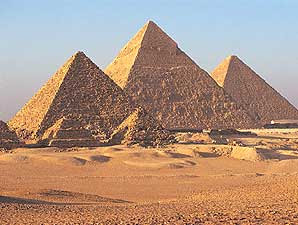 Without getting into too much detail, Schor asserts that are living in a "Five Planet World." Meaning we are consuming and exhausting so many resources it would take five planets like Earth to sustain our planet.

One of the issues Schor discusses is how more and more things have become "Fast Moving Consumer Goods." Such goods used to be things like razor blades or soap. Today they include clothing (think H&M, Old Navy, the Gap) and furniture (think Ikea.) That is, we used to buy things that last a long time and then have further use after their original purpose fades. ie I wore my brother's old trousers until I out-grew him. When those trousers were ragged, they became patches on blue jeans. When they were really far gone, they became rags.

We don't live like that today. Things aren't made to last. They're made to be obeisant to the whims of fashion (as those whims are changing ever-more-rapidly) and then replaced when those whims change.

We have become a disposable society. Nothing lasts.

Naturally that brings us to advertising.

We produce work, in other words that doesn't last.

Sometimes we move away from work that could last because it doesn't "work" quickly enough. Ignoring the fact that sometimes things take time to build. All work is not retail. Though we seem to want to treat it that way.

If work is good, it should last. We should demand the time it takes to make such work.

Work that lasts costs more in time. It might not be so utterly and hyperly timely. But it means that you don't have to reinvent your advertising every couple of years. And it imprints brains. In the long-term work that lasts is the most effective, least costly work there is.
Posted by george tannenbaum at 6:21 AM

I wonder if one of the reasons we don't do work that lasts is because when we pitch a new account, the process is unnaturally accelerated. And it's quite rare that the agency leaders doing the pitching say to the client, "if you like our thinking now, imagine what we could do if you gave us more time". Thus we end up winning an account with thinking and work that isn't sustainable.

Absolutely right, RR.
Speed is often mistaken for cost-efficiency.
So they buy the pitch.
Which is often slap-dash and uninformed.
So it fails in the long run.

That's why I now have a policy that all my work is created on the same material used by the makers of disposable diapers - this will ensure that it will last forever. (Plus as an added advantage, when it gets crapped on by the client, who cares?)

And since I've figured out the secret to creating advertising that lasts forever, I've also decided that all my work will be directed towards one, and only one target audience; cockroaches since they will out survive us all.

Show me a law firm or engineering firm or, I hate to say, a Wall Street firm, that does work for free. Credentials and case studies should suffice. Creative pitches are nothing more than speed dating. And we know how that usually turns out.

Is there (or has there ever been) a successful agency that refuses to participate in pitches that call for creative work?