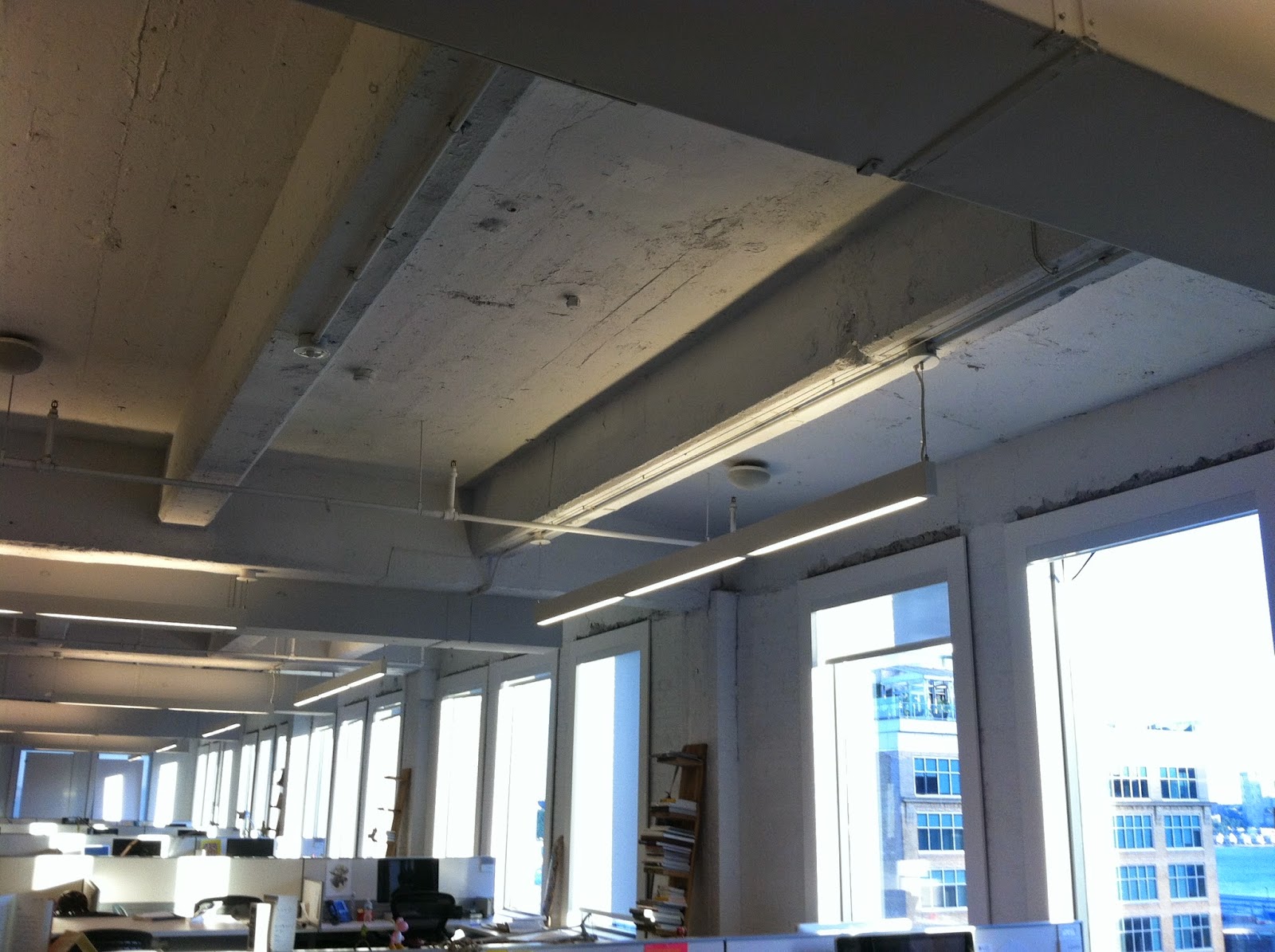 I have a lot to do right now and so I got in this morning well before seven.

The building security guys, each of whom seem NFL-sized, have nothing to do. A workman walks by pushing a three-level cart loaded with tools and a tall blue ladder attached to one end. He cachunks over the floor tiles.

The only other sound is the hiss of the white noise system. You don't hear the white noise during the day when the place is a hubbub. Now, it's doing its job, filtering. But when it's noisy about the agency, it's noisy. You can hardly hear yourself think.

The sun pours in through the north-facing windows not far from the table I sit at. It looks like a beautiful day--at this point the temperature is cool and the sky is devoid of clouds except for thin strips of cirrus on the horizon on the Jersey side above the Palisades.

Occasionally there is the glint of a helicopter in the sky, making its way over the Hudson to places east, either Laguardia or perhaps the Hamptons, bringing one of the .001 percent back to Wall Street from a weekend at the beach.

It's quiet. I have my headphones in, listening the Maria Callas--perhaps the greatest voice ever.

I have work to do, and nothing to say right now.


Posted by george tannenbaum at 7:27 AM