We return to the Cape. 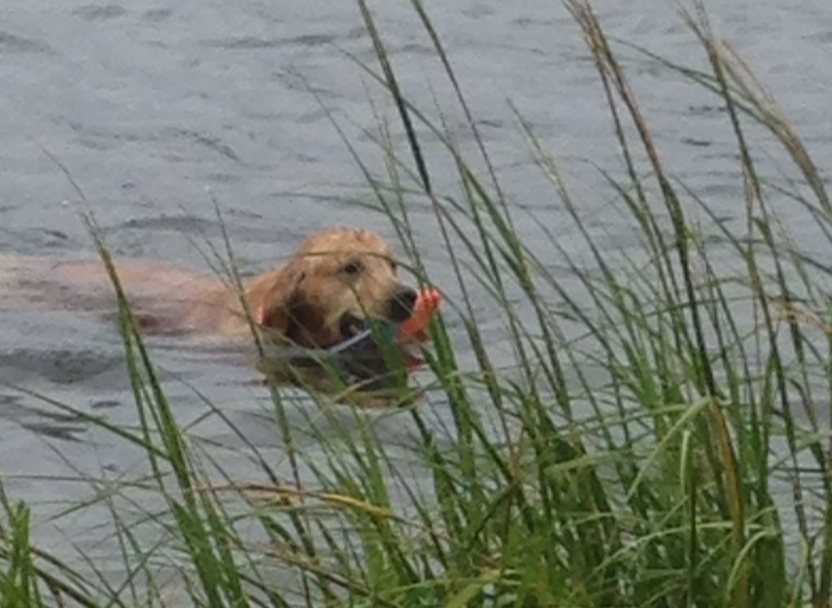 We decided about three weeks ago, or maybe it was two, to spend Labor Day on Cape Cod. When you have a grown family--especially, a modern, atomized family, the occasions when everyone can get together are few. Work makes demands, or boy friends, or maybe just a generalized obstreperousness that puts spending time with your parents as some ring or another of hell.

This Labor Day, however, both daughters were up for it, as was my brother-in-law and my niece and a friend of my older daughter's, also a PhD. student in clinical psych.

My wife found a house, a big sprawling place with a substantial pool, as well as a pool house, in Yarmouth Port, around the middle of the Cape. The kids are slowly waking, heating bagels, drinking coffee and rubbing the sleep from their eyes.

Meanwhile, my wife and I were up again around 6:15, attending to the aquanautical needs of Whiskey, who needs to swim to maintain her golden retriever's equipoise. We found a place for her in Orleans, Mass, about half-an-hour away, a bay ringed by tall sea-grass which allowed her to swim and romp and intermittently roll around on sand and pine-needles. She fetched and fetched and and fetched some more, and kibbitzed with various Cape Cod canines who came by to canoodle.

As someone who's spent the last 39 years of my life living in New York City, sometimes in apartments with barely enough space to turn around, there's something magical about the Cape. The main highway which travels the spine of the Cape is around here, only one lane in each direction.

Somehow, against all the pernicious efforts of runaway modernity, this has kept the strip of Cape land free from many of the big box stores that do so much to despoil our landscapes and our lives. Every other bend in the road reveals a scene which might lead a Wyeth or two to set up easel.

Of course, I am here when the season is "high" and the daughters are near. But, and I feel weird saying this, it may be the first place and the first time in my life which impels me to run numbers in my head to figure out if I could "make retirement work here."

To scratch all we can out of this respite, we'll be piling into the Simca at 6AM tomorrow morning, which should put me in work around 11, or maybe lunch time, depending on how dreadful traffic is.
It will be a return from a place I will return to.

Posted by george tannenbaum at 11:04 AM