Some thoughts on brand behavior.

There was an obituary in yesterday's "New York Times" that got me thinking. You can read it here.

The obit was about a middling ballplayer, George Shuba, who was in the on-deck circle during Jackie Robinson's first minor league game. Robinson belted a homer. As he stepped on home-plate, Shuba was there to shake his hand. 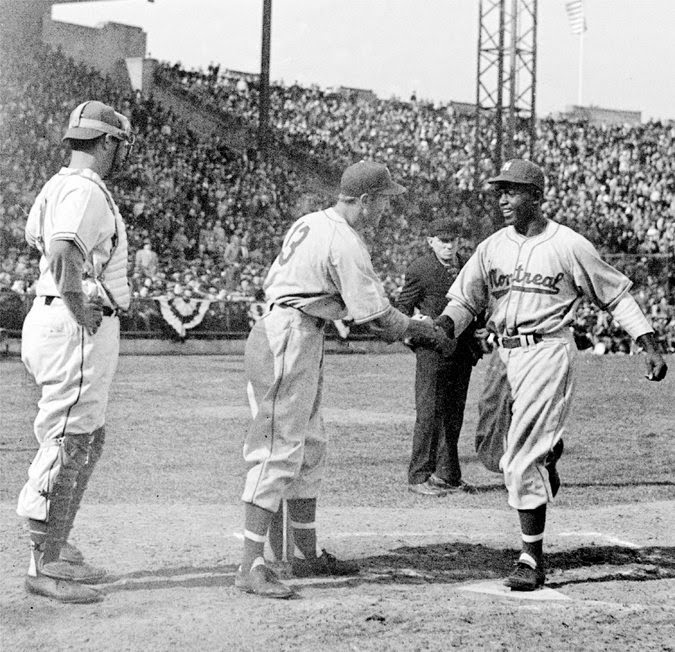 That might not seem like a big deal in 2014, but it was in 1946. It was a small way of saying "I respect you." And, maybe "Welcome." And, maybe, if you want to be a trifle grandiose about it, "We are equal." Or "I don't see you as anything but a ballplayer and will treat you accordingly."

Today, of course, we talk a lot about brand behaviors.

But I wonder, then or now, how many brands stand up for humanity like Shuba did. How many brands are willing, really, to put a stake in the ground.

And so he treated Robinson as he would have treated any other human being.

There's so much misbehavior in the world.

And, it seems, often that we can do little to combat it.

Avoiding all the companies that don't pay a living wage, or misuse the environment, or promulgate radical right political stances would be a full-time job.

You'd have to get rid of your iPhone, stop filling up your car, and not watch the Giants on Fox.

It's hard to take a stand.

I don't know if it was hard for Shuba.

Or if he just stuck out his hand.
Posted by george tannenbaum at 9:44 AM