July 4th in the Tempus Fugit.

I had a wedding to go to on Saturday night, the 4th of July. As you can imagine from someone who dislikes weddings, no matter how I feel about the bride and groom, or, in this case, the bride's parents, I was less-than-enthusiastic about going.

In the first place, it was in New Jersey, a place I never want to go. In the second, the radio news was pretty clear that every drunk and stoned driver in the tri-state area was going to be out and looking to smash their car into mine, or at the least make a series of rights from the left hand lane, requiring me to brake and swerve and whatnot to avoid their idiocy. Third, and most important, it was day two of a much-needed three day weekend, and the last thing I wanted to do was to put on a too-tight monkey suit and chat up a bunch of people I don't otherwise know.

Besides, there's not a wedding anywhere that is modulated. I mean where the food isn't served to excess, where the gestalt isn't Viennese over-the-top and where the lousy selection of music isn't six or eleven volume settings too high. What's more, in my opinion, every sound system I've ever heard sucks and plays way too much bass and you can't hear the lyrics even if they're worth hearing, which they usually aren't.

All this to say, we drove back to the city on Saturday night appreciably worse for wear, dodging the drunks and the beer-soaked vomit flowing in the gutters, making into the lower bits of the city sometime after one.

I pulled over to the side of the road near the craters off exit 14 at 96th Street and told my wife to drive the rest of the way home. I was going to the Tempus Fugit for a nightcap. God knows, I needed something to cut the anger, the gloom and my don't-drink-and-drive sobriety all of which attend, as I stated above, a wedding held on day two of a three-day weekend.

In minutes I was walking down the hallways, unlit and dusty, up and down stairways, through steel-fortified doors, arriving at the Tempus Fugit just before 2AM. The bartender, all-seeing and all-knowing, began pulling me a Pike's (the ALE that won for YALE) before I even parked my keister on the worn red leather of my favorite stool, one in from the end.

"A tuxedo," he observed.

I drank a long swig of my beer, nearly draining the six-ounce juice glass. "They're not exactly slave clothes," I remarked with some bitterness "but they're close."

He hustled from around the bar, then behind my stool. In a moment he was helping me off with my coat, and vest. In a moment more, I was sitting there in just my tuxedo pants and a t-shirt. Back behind the bar, he pulled me Pike's number two.

"Why don't you tell me about it," he said. "I've seldom seen you in anything but a sweat shirt and jeans."

"Sunrise, sunset," he lilted, speaking the words that are sung at so many Jewish weddings. "We are in the sunset of our lives and don't so much enjoy seeing the sunrises, I suppose."

"This was a lovely young couple, full of love and promise," I admitted. "And I'm happy for them. But to tell you the truth "Duck Soup" was playing on television, and I'd have rather seen that and sent them a bigger check."

"There should be," he said pulling me my third glass of suds, "a National Law. Whenever "Duck Soup" is on, time should stop, even Raymour & Flanagan Mattress Sales, and we should be required to watch." 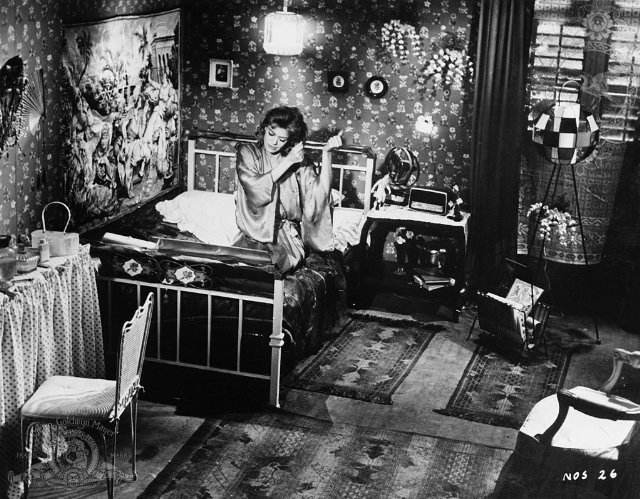 "You have my vote," I said. "I think the Greeks would be better off, to be honest, if now and again there was a national holiday and the whole nation watched "Never on Sunday." It beats talking about the Euro."

"At least they'd get to see Melina Mercouri deshabille."

"There are worse remedies for national malaise," I agreed.

I threw my jacket back on and reached into my pocket for my wallet. I slid him two twenties. He slid them back.

I walked home in the still. Thinking of Melina Mercouri and Rufus T. Firelfy.


Posted by george tannenbaum at 8:30 AM