More words from the wise. 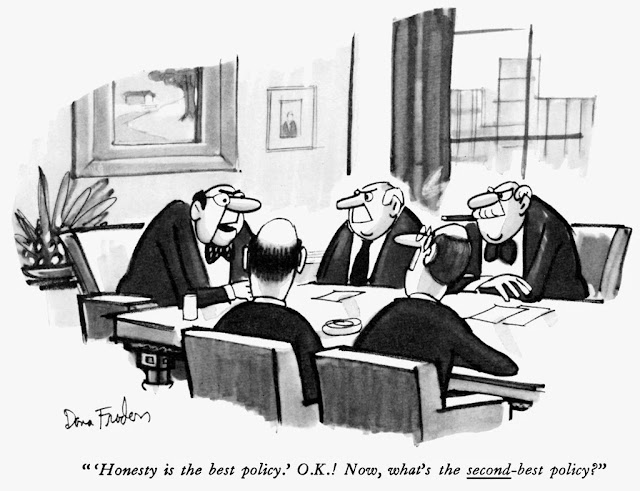 Wednesday, I wrote about a 72-year-old memo Bill Bernbach wrote that Jenny Nicholson sent to me.

Today I'm writing about a 52-year-old-memo Leo Burnett wrote that David Baldwin of CEO of BALDWIN& sent to me.

Mr. Burnett wrote his note more than half a century ago. He delivered it to some of his employees on his retirement. Back in 1967, life was different. LBJ was president. Vietnam was raging. The Soviets had 10,000 nuclear warheads aimed at us and we aimed 10,000 back at them.

Even in New York, there were only six TV stations. People still read newspapers. There were no personal computers, video games, or Twitter.

It was a very different world.

The ad world was different, too. Advertising was a glamorous, well-paying business. Agencies got paid 15% commission. Today we get 15% of bupkis.

Like I said, it was a very different world.

That, the note from Mr. Burnett makes sense today. As much sense as it made back then.

Today, however, it's more than just sensible.

An indictment of the way the money boys are taking their millions and bleeding the working stiff dry.

An indictment in the 'I need it yesterday' mentality.

An indictment of all the knee-in-the-groin indignity of the data scientists, and over-thinkers and blowhards--who because they don't make anything, somehow are above the fray and therefore unaccountable. So they get ahead.

Or they have loud voices. So they get ahead.

I could go on and on.

But this is a family blog.

So I'll close this way: thank you, David.

And thank you, Leo.

It's always nice to hear from people who have souls. 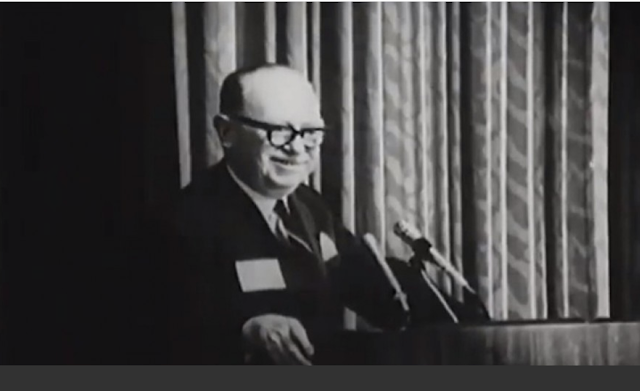 When to Take My Name Off the Door.
Somewhere along the line, after I’m finally off the premises, you – or your successors – may want to take my name off the premises, too.
You may want to call yourselves "Twain, Rogers, Sawyer and Finn, Inc." … Or "Ajax Advertising" or Something.
That will certainly be okay with me – if it’s good for you.
But let me tell you when I might demand that you take my name off the door:
That will be the day when you spend more time trying to make money and less time making advertising – our kind of advertising.
When you forget that the sheer fun of ad-making and the lift you get out of it – the creative climate of the place – should be as important as money to the very special breed of writers and artists and business professionals who compose this company of ours – and make it tick.
When you lose that restless feeling that nothing you do is ever quite good enough.
When you lose your itch to do the job well for its own sake – regardless of the client, or the money, or the effort it takes.
When you lose your passion for thoroughness…your hatred of loose ends.
When you stop reaching for the manner, the overtones, the marriage of words and pictures that produces the fresh, the memorable, and the believable effect.
When you stop rededicating yourselves every day to the idea that better advertising is what the Leo Burnett Company is all about.
When you are no longer what Thoreau called "a corporation with a conscience" – which means to me, a corporation of conscientious men and women.
When you begin to compromise your integrity – which has always been the heart’s blood – the very guts of this agency.
When you stoop to convenient expediency and rationalize yourselves into acts of opportunism – for the sake of a fast buck.
When you show the slightest sign of crudeness, inappropriateness or smart-aleckness – and you lose that subtle sense of the fitness of things.
When your main interest becomes a matter of size just to be big – rather than good, hard, wonderful work.
When your outlook narrows down to the number of windows – from zero to five – in the walls of your office.
When you lose your humility and become big-shot weisenheimers…a little too big for your boots.
When the apples come down to being just apples for eating (or for polishing) – no longer a part of our tone – our personality.
When you disapprove of something, and start tearing the hell out of the man who did it rather than the work itself.
When you stop building on strong and vital ideas, and start a routine production line.
When you start believing that, in the interest of efficiency, a creative spirit and the urge to create can be delegated and administered, and forget that they can only be nurtured, stimulated, and inspired.
When you start giving lip service to this being a "creative agency" and stop really being one.
Finally, when you lose your respect for the lonely man – the man at his typewriter or his drawing board or behind his camera or just scribbling notes with one of our big black pencils – or working all night on a media plan. When you forget that the lonely man – and thank God for him – has made the agency we now have – possible. When you forget he’s the man who, because he is reaching harder, sometimes actually gets hold of – for a moment – one of those hot, unreachable stars.
THAT, boys and girls, is when I shall insist you take my name off the door.
And by golly, it will be taken off the door.
Even if I have to materialize long enough some night to rub it out myself – on every one of your floors.
And before I DE-materialize again, I will paint out that star-reaching symbol, too. And burn all the stationery. And tear up a few ads in passing. And throw every goddamned apple down the elevator shafts. You just won’t know the place, the next morning. You’ll have to find another name.

Posted by george tannenbaum at 4:53 AM