A Break-up Note to an Industry.

Not pissed like an Englishman. But a New Yorker.

In the course of about three hours yesterday three things happened in the ad industry. To my mind, each one represented another nail in the coffin of an industry that’s been strip-mined to devastation by vulture capitalists who run the holding companies—five of which have oligopoly control over our entire business.

First, Greg Hahn was fired from BBDO. I don’t know Greg. We’re LinkedIn but that’s it. I do know at least some of his work and for a quarter of a century it’s been among the most-creative and most-effective our industry has created.
(Adweek's selected six of Mr. Hahn's notable campaigns here. Sorry, there's a paywall.)

I don’t know anything about Hahn’s firing. I just know he was fired. That’s the advertising equivalent of taking Willie Mays in his prime out of the game.

There’s been firerific fury since the start of 2020, including the creative pogrom at my once-vaunted Alma Mater, where four ECDs (myself among them) and one CCO were shitcanned on the same day. I’ve seen it nearly everywhere.

Maybe I’ve been napping, but of the suits, the holding company chieftains, the 31 or 44 Chief Risk Officers, and Chief “WTF do they do all-day Officers,” I’ve yet to a single one of them removed from their livelihood.

If an army was as badly managed as the Holding Companies and their Agencies appear to be, I think very few people would recommend firing the soldiers. Maybe a General would get "furloughed."

But, as Billy Pilgrim said, “And so it goes.”

Or, "The Buck Stops There."

Second, I came across this from Mr. Bernbach. 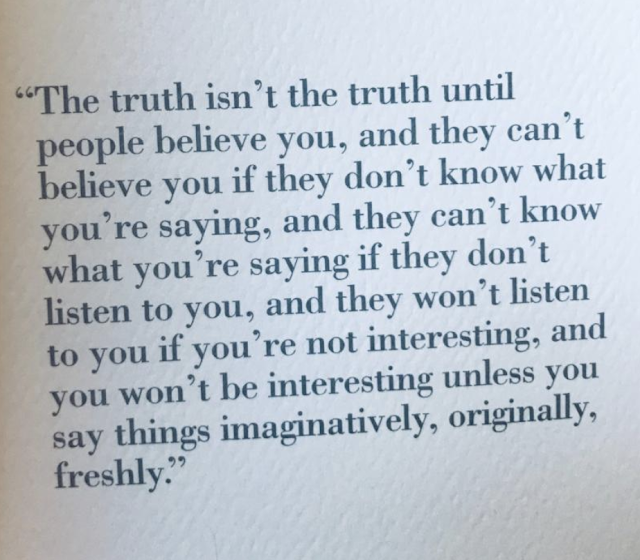 Have you heard of him?

Do you know what he did?

Do you believe in advertising itself and its power to have an effect in the marketplace?

I’m not talking about the 23-year-old assistant AEs. I’m talking about the heads and subheads and even the codicils at the Holding Companies who make seven or eight or nine figure salaries and don’t know the Gospel of Creativity that built our industry.

No. They know everyone's doing this Insta-thang.

In fact, if any of you Holding Company doyens are at your country estates and you’re reading this now—it's Friday after all—I invite you to call me. 646 823 7165.

I’d like to know if any of you know anything other than how to squeeze water from a stone and how to cost-cut your way to unviable profitability.

Finally, I was sent this super cut of COVID spots.

I realized something very depressing at that point.

When I started in this business almost 36 years ago, most agencies, even big ones had only two, maybe three conference rooms on a floor.

We no longer create work so that it may have an impact in the market on the health and viability of our clients’ brands and products.

We create work that’s designed to get out of conference rooms.

There are so many people—7/8ths of whom have never participated in the creation of an ad—who conference-room-ize work. And so the work that ultimately emerges from those airless and soul-sucking sanctums suffers from statutory sameness and checklist listlessness.

It doesn’t matter if it’s a multi-million-dollar broadcast campaign or a social ad about the size of a postage stamp, the conference room is filled with people and each person has to be heard and each voice must be considered. Each element of each idea is tweaked into twitblivion until we wind up with

It might check all the boxes. It might be laden with the phrase that pays and unique selling propositions and reasons to believe and recount like Cyrano all the mellifluous words like “we care,” “we’re in this together,” and so on. But it’s shit.

Lifeless soulless humorless. Dead from the neck up and the shoulder down.

The soulless celluloid equivalent of Jared Kushner in a coma.

Working on my own.

Sure, it has its ups and downs. And like everyone else, I worry about the economy and money and how viable life is when it depends on me and the dexterity in my two typing fingers.

Since I was fired on January 14th, I’ve developed a catch phrase. It saves time.

“I didn’t leave my agency. My agency left me.”

I'd say the same for the industry I spent my life in.

And I'm not going back.

Unless one of those aforementioned Holding Company guys calls me. And makes me an offer I can’t refuse.