I know, it’s Friday and it’s been another hellish week.

As Shakespeare foresaw, “Hell is empty. And all the devils are here.” And they’re all republicans. And the maddest of all, Macbeth and Lear and Othello blended together with Ioseb Besarionis dzе Djugashvili, is the small-handed, long-tie’d, sociopathic leader of the formerly free world. 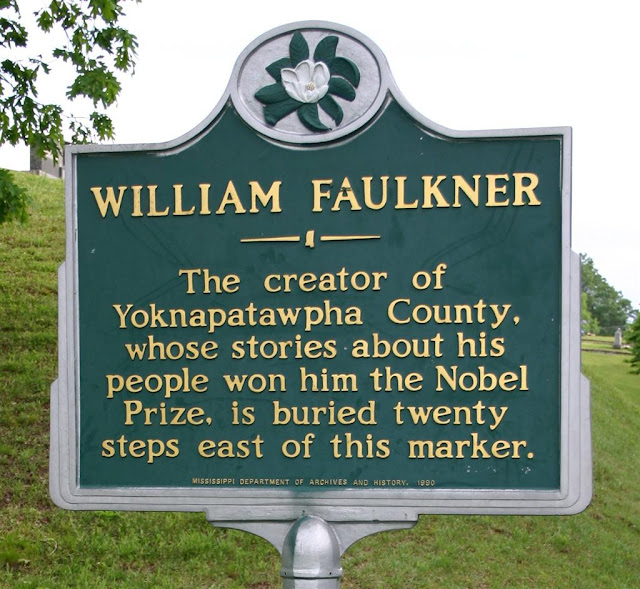 Arrogantly, I’m summing up a lot of Yoknapatawpha-ing and Snopes-ing with just a few sentences.

The first is from “Requiem for a Nun.” “The past is never dead. It's not even past.”
The second is from Faulkner’s Nobel Prize Acceptance speech from December 10, 1950. You know, back when America was great.

I’m pasting the whole thing here because I believe that smart people print it out and refer to it now and again. It has to my mind what you might call a salutary effect. That’s fancy for “it’s good for you.”
Yes, I know it’s Friday and this is heavy. But so is the world. But because I’m at heart a rotten guy, I gave myself permission to edit Faulkner.
“Our tragedy today is a general and universal physical fear so long sustained by now that we can even bear it. There are no longer problems of the spirit. There is only the question: When will I be blown up?...

“[Man] must teach himself that the basest of all things is to be afraid; …

“Until he relearns these things, he will write as though he stood among and watched the end of man. I decline to accept the end of man. It is easy enough to say that man is immortal simply because he will endure: that when the last dingdong of doom has clanged and faded from the last worthless rock hanging tideless in the last red and dying evening, that even then there will still be one more sound: that of his puny inexhaustible voice, still talking.

“I refuse to accept this. I believe that man will not merely endure: he will prevail. He is immortal, not because he alone among creatures has an inexhaustible voice, but because he has a soul, a spirit capable of compassion and sacrifice and endurance.”

In my life I’ve done a fair amount of reading. Not just about Faulkner’s time and my own when the specter of nuclear annihilation was imminent. (We no longer remember this) 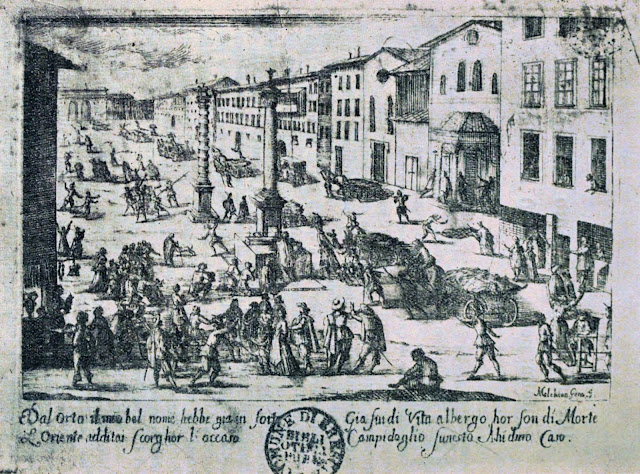 On Tuesday night I began reading Bocaccio’s “Decameron.” It’s 100 stories told by ten people over ten days. They are seven women and three men fleeing Florence as the Plague is wiping out one-third of the world’s population. That was in the 16th Century.

That was also when Defoe wrote, “A Journal of a Plague Year.”

You can smell the death.

There was no hand-sanitizer five centuries ago. 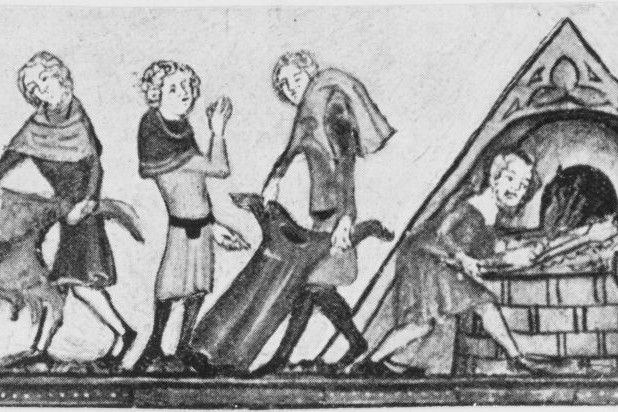 Before that, of course, we had the Black Death. Back in the 14th Century. That also wiped out about one-third of the world.

More recently we’ve had WWI—the bloodiest conflict in human history, in which 20 million died and 20 million were wounded. That “bloodiest” mantle lasted only 27 years, until WWII killed 80 million and wounded countless more.

The point is simple.

The existential threat is always with us.

I can’t really think of a time where our species hasn’t been haunted by some sort of horrible ending.

The thing we have to deal with is fear.

We have to decline to accept fear.

Maybe this is easy for me to say. My kids are healthy. My wife and I are healthy and so far working. We’re not among 6.6 million who filed for unemployment last week. (That’s almost ten-times the previous high, 695,000 in 1982.)

Maybe this optimism on my part is unfair.

Like they say in baseball, “A minor injury is an injury that happens to someone else.”

These are scary times. Made more scary because the circumstances themselves are uncertain and the people ostensibly leading the country are of uncertain ability, competency, morality, decency and dignity.

It’s easy to fear uncertainty. It’s actually what we fear most.
I wasn’t feeling fortunate when I lost my job on January 14th with a typically impecunious holding company pittance they call severance. I was uncertain about a lot of things.

But you take stock.

All we can do right now is double down on who we are.
Work as hard as we can work. Be as kind as we can be. Be as giving and helpful as we are able.

Faulkner spoke about writers and poets in his speech 70 years ago. I’m going to grant us the license to call ourselves writers and poets—in that we can reach people and at our best, move them. (sorry for the male pronouns below)

“It is [our] privilege to help man endure by lifting his heart, by reminding him of the courage and honor and hope and pride and compassion and pity and sacrifice which have been the glory of his past. The poet’s voice need not merely be the record of man, it can be one of the props, the pillars to help him endure and prevail.”

But that's our brief.

To be one of the pillars to help us all endure and prevail.

Posted by george tannenbaum at 6:57 AM