If you grew up when I did—I came of advertising age in the early 1980s—the best automotive advertising in the United States was done not by Volkswagen and DDB but on BMW at Ammirati & Puris and on Volvo at Scali McCabe Sloves.

If you believe, as I do, that great advertising is most often built on solving a big problem, then you’ll appreciate this quotation I found from Marty Puris, one of the founders of Ammirati & Puris and the writer on some of the best ads ever on BMW and my favorite car commercial of all time, this one for Fiat, that he wrote way back in the early 1970s.

“These guys (at BMW) were racing guys. So, they build a car. It looked like an old Corvair. And cost the same as a Cadillac or a Lincoln, which were Americans’ idea of what a luxury car was. When we got the business the very first day out BMW was ‘the Ultimate Driving Machine.’ 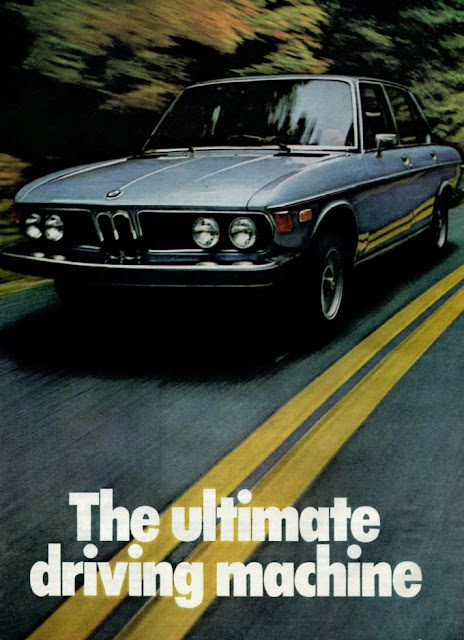 I wind up writing a fair amount about BMW because the ads were so good, so intelligent and displayed such an understanding of their audience. Ammirati, the agency and the man, could have created one of those police composite drawings of what their customer looked like, their work ethic, their hobbies and their passions, without ever falling to the level of cliché or condescension.

In short, the people at Ammirati and BMW understood the car they built—its reason for being, its place in the gigantic US auto market. And even more important, they understood who was buying them and who aspired to. 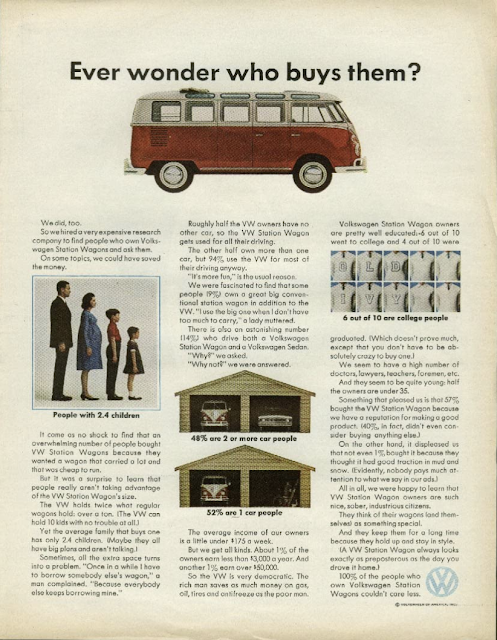 I’ve always regarded this Volkswagen ad as one of the great ads of the long-running campaign, though I have to believe, it’s not nearly as well known as so many other more famous ones. But if you believe, as I do, that great creative whether you’re writing a blog post, a novel, a banner ad or a website, or a sonnet, or writing a song, or painting en plein air, knowing your subject is about 98.7 percent of the game.

And frankly, that’s what’s most distressing to me about the current agency/holding company modus operandi. People are “scoped” for enough time to write and layout the requisite words and pictures that make up a “message.” Clients, in their infinite clientastic MBA’d-wisdom, and agencies in their infinite caving to their clients’ demand for “agility,” no longer abide by Proverbs, at least the King James translation of the Hebrew: “with all thy getting get understanding.” Understanding, naw. Why bother?

Back about twenty years ago when I was helping to run a high-tech account, I’d occasionally ask for help.

“I need a writer on a storage project,” I’d say.

“Joann has some downtime.”

“She usually works on adult diapers doesn’t she?”

That’s when I got myself into the habit of doing too much myself. It’s not a question of being really smart. Or even being really hard-working.

I would try to explain, “Most opera singers have to learn Italian before they sing in Italian. Otherwise they’re just mouthing the words without meaning. I don’t know if you’ve ever seen a really good actor play Hamlet. I saw Oscar Isaac in the role down at the Public. You understood early 1600s English, because he understood early 1600s English.”

At that point the staffing person would usually turn on her heels and depart with words like, “Joann has four hours with a hard-stop Tuesday at one.” 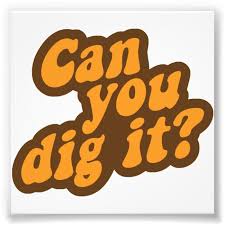 At some point clients are going to realize that there’s a difference between letters and images skillfully arranged versus letters and images that are merely scoped. And that it makes sense to have someone who understands the satisfaction that comes from baking for you family to work on a food ad. Or someone who’s juggling paying for a mortgage, a retirement, an older parent and maybe their kids’ college to write an ad for a financial services company so every ad isn’t about sailing in the Greek isles or opening a clam shake on the eastern shore of Brooklyn or walking a pig through their retirement.

Dunno if it’s apocryphal or not, but the story I heard about cake-mix is provides a good example. Apparently in the 1950s, General Mills launched a line of cake mixes under the Betty Crocker brand. All you needed to do was add water, mix and bake.

Though it saved time, it did not sell well. The marketing people at General Mills brought in a team of psychologists. They concluded that the average American housewives felt bad using the product despite its convenience. It saved so much time and effort when compared with the traditional cake baking routine that they felt they were deceiving their husbands and guests. Women using the product felt guilty.
That feeling wasn’t initially understood. I’d betcha no one at General Mills or their agencies was a mom. They didn’t understand the pride that came from baking.
Instead of addressing the problem of guilt through an ad campaign, General Mills reformulated the product. They made it less convenient. Under the new formulation the baker had to crack an egg into the mix. Semiotically cracking an egg added up to cooking. The product took off because someone took the time to understand the target.
Anyway, below are the ads that set me off this morning.
By whoever BMW’s agency is this week. 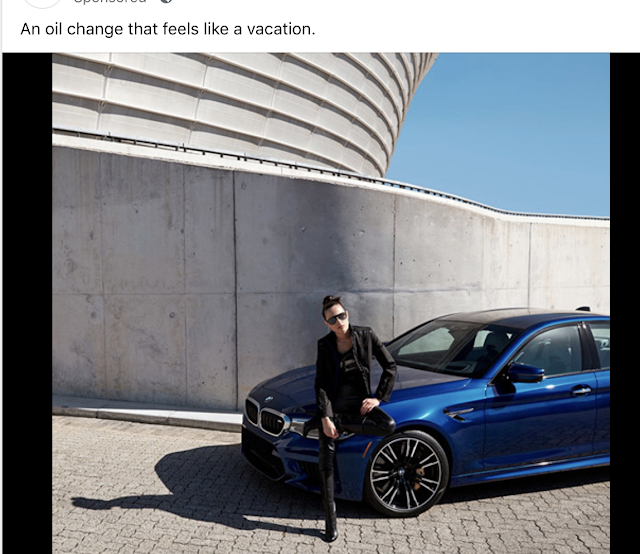 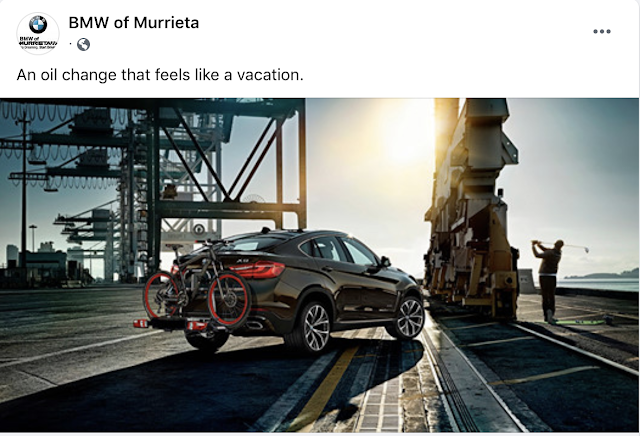 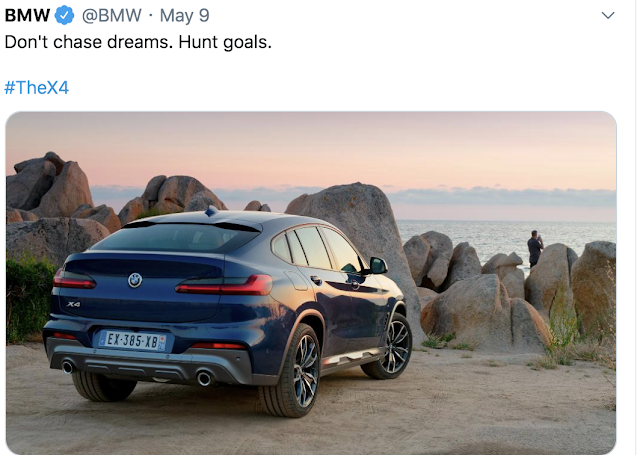 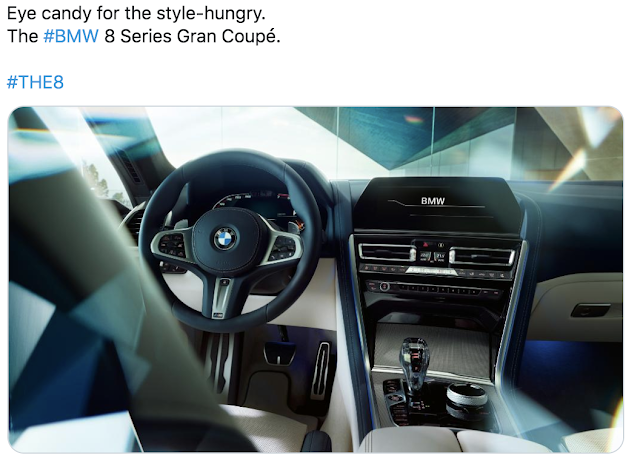 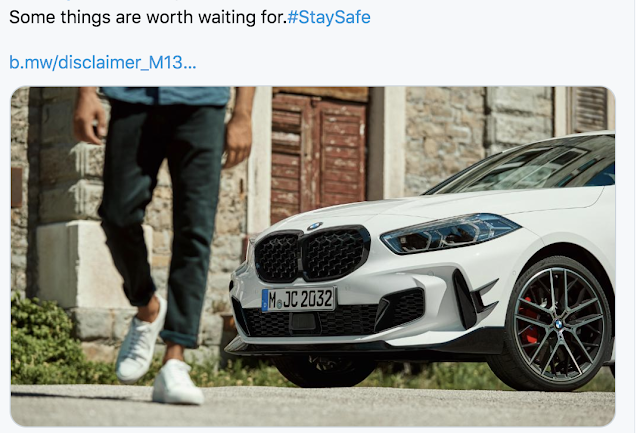 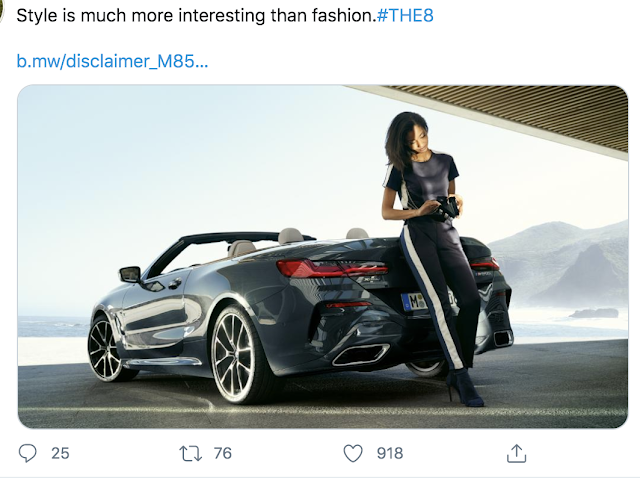 They show both a startling lack of originality and a startling absence of what getting your car serviced really feels like or what makes a BMW different. In an age where the word authenticity rings hollow through the once-hallowed halls of agency-ville, I’d betcha fifty cents no one involved in the creation of these ads owns or drives a car. And I can imagine the hundreds of meetings where they agency creatives prattle on about the skinny and sallow 27-year-old models (the people, not the cars) are aspirational.
And that, my friends, is example 9,659,239,332 of getting what you paid for