Data? I hardly know her.

It wasn’t all that long ago that we were being told that the world would turn into a veritable utopia all on account of data.

Physicians would discover magical cures for illnesses, there would giant leaps in curing diseases, medical care would become precise and customizable to each person—all based on data.

What’s more, there would be a vast repository of that data and everyone would have instant access to it from wherever they were in the world and in two shakes of a Trump merkin, they would be able to find exactly what they were looking for and they’d understand it.

This sort of scenario—data as panacea—was extrapolated and applied to virtually every sphere in our lives. I’m sure the expensive German dishwasher I bought uses data to sense and direct water and detergent to remove the baked-on oatmeal on our dishes before it mars their ethereal beauty.

Likewise, sports teams were going to use data to find players no one else could discover—a 5’3” cellist from Ecuador with a sure-thing 30-foot jump-shot with a hand in his face.

Our industry was, perhaps expectedly, the worst offender, or the grandest of aggrandizers. We were going to use data so capably, so adroitly, with such uncanny brilliance that two things were going to happen.

One, our messaging would be so well-timed and so well-aimed that we no longer needed creativity to reach our target.

Two, or maybe 1a, we would be able to send the right message to the right person at the right time—not down to the day or hour, but down the the micro-second. The moment my hippocampus (I put the hippo in hippocampus) craved a spicy nacho cheese Dorito, I would be “served” a Doritos ad.

Not buying into this data-driven belief system was the marketing equivalent of being a flat-earther. You can disagree about a lot of things, after all. But you can’t fight data. Data is fact and fact is truth.

If I’ve learned anything from the last 42 dark, Trumpian, denialing months it’s that data and facts, like everything else, can be mutated and transmogrified by whatever agenda you ascribe to.

Our current corona-virus pandemic is testament to the malevolent ways data can be used and, regardless of intent, its short-comings. There’s a large portion of our country who believe—without foundation—some trumped up (or Trumped up) data that says the virus was created by a set of nefarious Chinese scientists in a lab somewhere in Wuhan. Other data has been trotted out to suggest that drinking concentrated quantities of tonic-water or Lysol or Clorox or 40-mule-team Borax will knock Covid’s virulence from your system.

Of curves rising or flattening we have no consensus, no truth, no real read on the data. We don’t know if death rates are rising or falling or even how many people have been stricken by the disease. We’re drowning in a sea of data but we know, really know, fuck all.

Some of this tremendous lack comes from living in a hierarchyless world. Ostensibly AR-15-toting anarchists know as much about viruses as the most esteemed scientists in the world, because Alex Jones or Rudy Guiliani or the Fact-Denier-In-Chief, or Betsy DeVos or her brother Eric Knight or the Koch Kabal have told them so and paid them for their mayhem.

If you want to destroy democracy, start by destroying empiricism. And truth.

In any event all this has led me to my current way of living.

Don’t ever believe in anything more than about 60%.

Accepting anything as absolute and the one true way is false and evil. It leads to dogma, intolerance and totalitarianism. 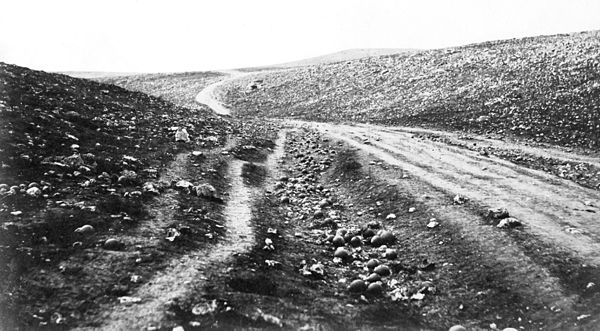 Likewise, this photograph by Robert Capa, Loyalist Militiaman at the Moment of Death, Cerro Muriano, September 5, 1936, was also staged.  Capa wanted to bring people over to the Anti-Fascist side in the Spanish Civil War. 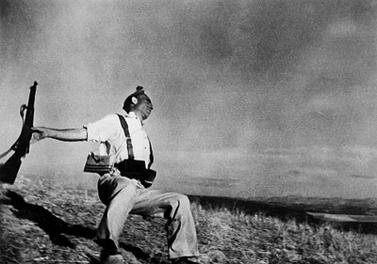 Still a great photo. But as queer as a three-dollar bill.

Of course data has value. Of course we can use it to do and accomplish things that were unthinkable a year ago, a month ago, even a day ago.

But data, like everything else, can be brutalized, tortured, manipulated and mis-used.

Worse, it can over-promised. And underdelivered.