I got an email the other day from a young person in the business.

You develop, for lack of a catchier moniker, a mensch meter.

Is a person a mensch or not. Do they do the things you have to do to be considered, at least in my book, a decent human being?

This person, I could tell was a mensch. Kind, generous, caring. And capable of tough love.

She sent me a note.

As the father of two brilliant young women roughly this young woman's age, it was a hard note to read.

My initial feeling was one of anger.

How dare you say "there are no raises."

Most of all, it's not the way to attract ambitious people to our industry. Because what kind of ambition do you have if you're willing to make the same money at 27 that you were making at 23?

I sent my friend to Dave Dye's great site, particularly his podcast with and portrait of copywriter Richard Foster. Beyond seeing a few dozen great ads written by Foster, the retrospective includes about a dozen offer letters Foster received, starting at the end of September, 1968 to one Foster received from David Abbott on April Fool's Day in 1980. (It was no prank.) 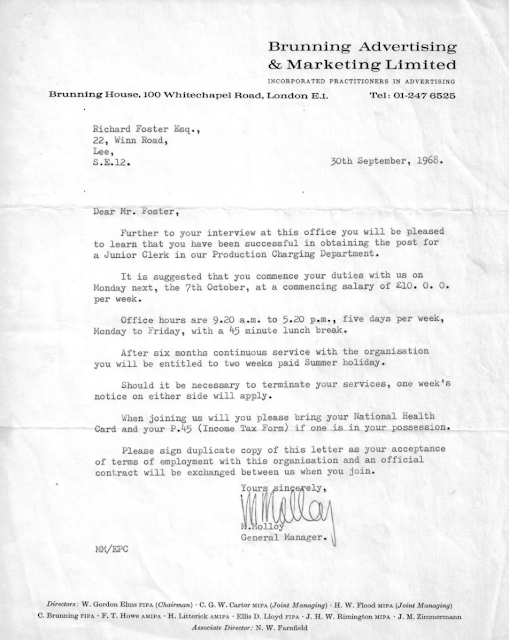 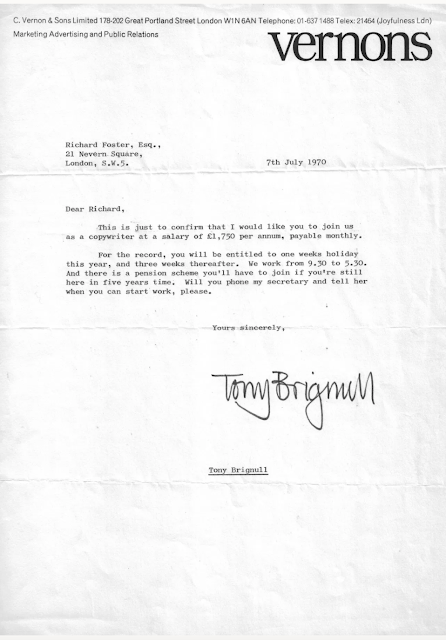 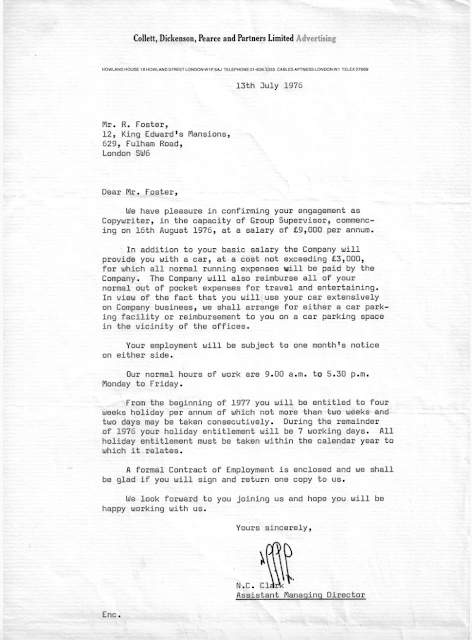 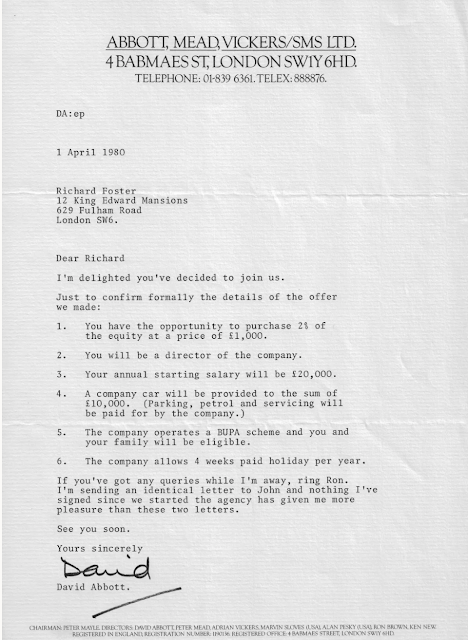 I told my friend to look at these letters, and to plot Foster's salary trajectory from beginning to end.

Obviously, I told her, this is not merely about money. There are other ways to get rewards. And I know we live in impecunious times.

But, part of revitalizing what's left of our industry is returning to the idea that you can make money, a lot of money, and you can rise quickly.

Now we are stodgy, staid and incrementalist.

The business made more sense when we thought about and worked for our clients' success--and our success came along with it.

The business made more sense and was more successful
when people could actually succeed in it.
Posted by george tannenbaum at 6:39 AM