As mindless an an Executive speaking at Cannes.

It seems like everyone and his sister has won a Serengeti's worth of Lions at Cannes this week. I think the US Census Bureau was contracted to count them all. But once they got past the number of grains of sand on the beach, they simply gave up.

About 20 years ago when I was working on IBM Thinkpad, I got a list of "support points," reasons why people should pay more for a Thinkpad than a Dell or an HP. Among those reasons was "winner of over 700 awards."

You can have 91 best friends. 88 best cups of coffee in town. And 66 19-star hotels. Because? Because everything is a lie and the people playing the game are the only ones profiting from the lies.

The only thing more prolific than the number of asinine awards for work that has never really run, is the mind-boggling stupid statements by various senior-level executives bent on stating the obvious--tautologies or solipsisms--that add up to nothing more than nothing.

I'm not sure what motivates agencies or executives to issue these sorts of statements. To paraphrase Shakespeare, they seem like tales of sound and fury, told by idiots, signifying nothing--for profit. Does anyone look at something like this and say to themselves, "Break me off a hunk of that agency. I need them to make my brand a companion."

Or does anyone hearken back to a time before brands were expected to be coherent? "Do you remember the old days, honey, when brands were incoherent?" 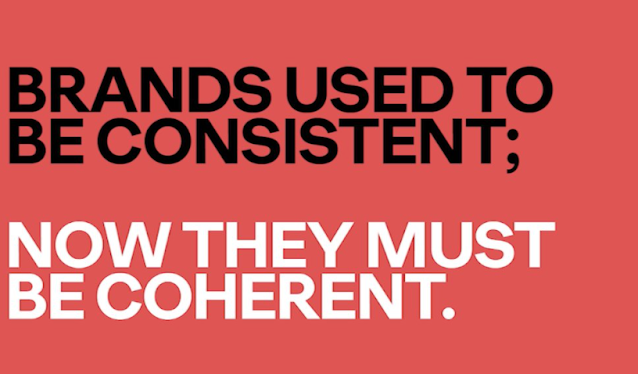 And I'm waiting for my bag of Doritos to lead me to self-actualization, as indicated here:

All this pre-amble--or, better, pre-ramble, leads to my introduction of a new feature of this humble blog, and with apologies to Jerzy Kozinski:

No one knows the sound of one hand clapping--but we all know the effect of one hand on the remote.

You can see much further when the radio is turned off and the podcast is playing on a big screen.

As long as the roots are not severed, all is well. And all will be well in the garden.

We welcome the inevitable seasons of nature, but we're upset by the seasons of our economy.
And we use too much seasoning in general.

The era of proclaiming this era over is over.

Everything is dead. But declaring things dead is very much alive.

Consumers have the power to be referred to as people.

Before you target people, make sure they want to be aimed at.

We have buckets of consumers. But kegs of beer. Someone will be thirsty.

To speed your digital transformation data must be hybrid, high-bridge and high-britches.

It's time advertisers get with the programmable.

People may want to have sex with anonymous brands but they only marry brands they love.

We are a creative transformation company that transformed our company to be 40 percent smaller year over year.

We are a global brand and customer experience agency that harnesses creativity, technology, and culture to create connected brands. But we're not sure what they're connected to.

We are a global leader in marketing, communication, and business transformation. Though we don't market, communicate or transform.

The power of purposeful purpose.™

Purpose can't just be a pose. Or a pur.

We have won more awards than have even been awarded. Again.

Posted by george tannenbaum at 5:25 AM