A Return to New York.

Coming back to New York City for a week after six weeks or ten weeks away is a strange experience. New York is the kind of place, it always has been at least since the Dutch stole it from the first peoples, where if you go away for an hour, you don't one-hundred percent know what will be where when you come back.

I'd imagine there are some Lenni Lenape or Mohawk sleeping under some elm trees in an old-growth forest somewhere, who will wake up some morning soon to find their bark-lined teepees gone and replaced by a Shake Shack and a nail-salon. New York goes through more changes in a day than the top-billed star in an old vaudeville act. You never quite know what you're going to get when you return, just that it will be as different as a scene seen through a kaleidoscope that went through a cement mixer.

When you're back in the city after a long while away, and you're an old man, the effect is magnified. Because old people see more than one world at a time, at least I do.

I see the city that was and the city that is. That's not supposed to be a Starbucks', I tell myself. That used to be an old German bakery that sold Linzer tarts, two for a quarter. 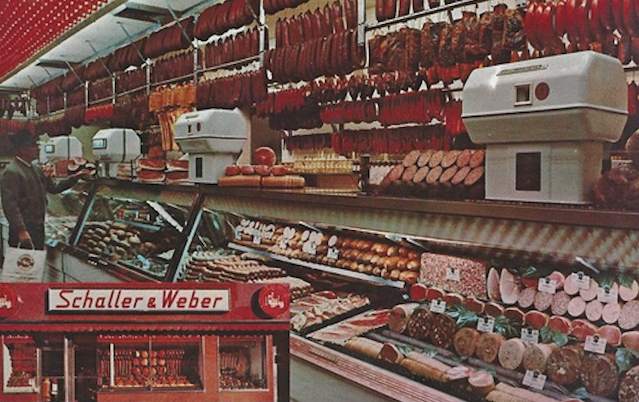 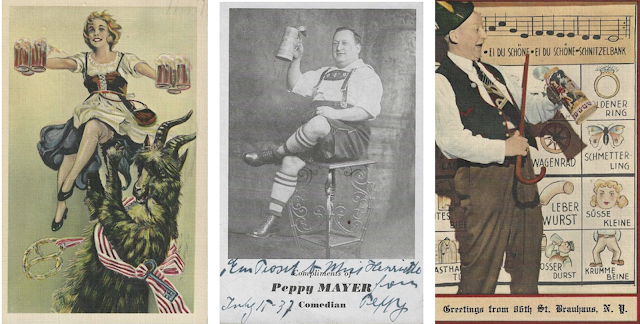 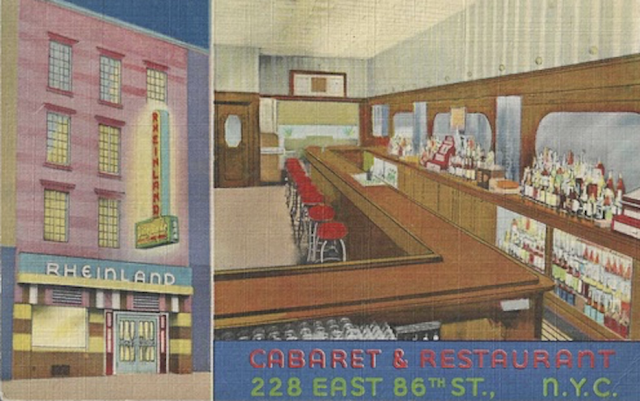 Years ago, before I moved to 73rd and 2nd from the warn-torn environs of Columbia University, my old man called the neighborhood "Germantown." Most others called it Yorkville, and you can still see the inscriptions on old German churches or an old inscription over a doorway proclaiming some German-Amerikan Benevolent Society.

There were Hungarian places too. Csarda, Mocha, and half-a-dozen storefronts that all seemed to be named the Red Tulip. They sprung up after the Soviets crushed the Hungarian rebellion in 1956 and any Hungarian who could fled to New York.

The German places are all but gone now save for Schaller and Weber which sells long wursts filled with organs and infarction. I used to take my daughters to Elk Candy Store for marzipan and chocolate darker than the remotest recesses of outer space. About twenty years ago, I had the need for a plate of spaetzle and dragged my wife to a half-timbered place that's still standing called Old Heidelberg, where the Mexican waiters wore lederhosen and served wiener schnitzel that was dried out from sitting under heat lamps since around the time the Israelis caught Eichmann in Argentina.

The place I loved was called Ideal Coffee Shop. It closed probably 40 years ago, unceremoniously. It was on the downtown side of 86th Street, midblock between second and third and six steps up. There was an old green formica counter and a cigarette with a Kraut behind it. Four or six stools wobbled in front of the cook but in the back there were small rickety tables. You could get a plate of knockwurst and red cabbage and a glass of sweet beer for under four dollars and you didn't have to eat again until well into next week.

There was a law in New York from way back in the 1930s when LaGuardia was mayor. He tried to keep the mob from congregating in restaurants and planning all sorts of mob mayhem. So he mandated that any table in any restaurant in any of the five boroughs could have no more than two legs of equal length. While you were eating things wobbled like a merchant marine ship in a Nor'easter.

It kept the flies away also.

The city is all changed now. That city is gone.

Instead, everybody is whizzing by like they're running from the end of the world, and maybe they are. I took a slow sciatica walk in Carl Schurz Park, built by Robert Moses over the East River Drive so his apartment house at 84th and East End would have greenery in front of it.

There were about a million people out, feeding bird-rats, skating, biking, skate-boarding, running, skipping rope, doing calisthenics and of course smoking dope, which is legal now. I heard 127 radio stations playing 144 genres of music with singing in 219 different languages, not one of which I could fathom.

Some people were pushing strollers. One lady had set a pair of mirror-aviator glasses on her dachshund and was having it pose on a bench. A well-built Puerto Rican sparred against the tall flagpole outside of the mayor's house, Gracie Mansion. He peppered it with gnat-like jabs and knocked it down in eight.

The sirens cried in the distance. Pretty girls sat at small wrought iron tables and ate expensive pastries and nearly everyone carried a coffee cup big enough to swim in. 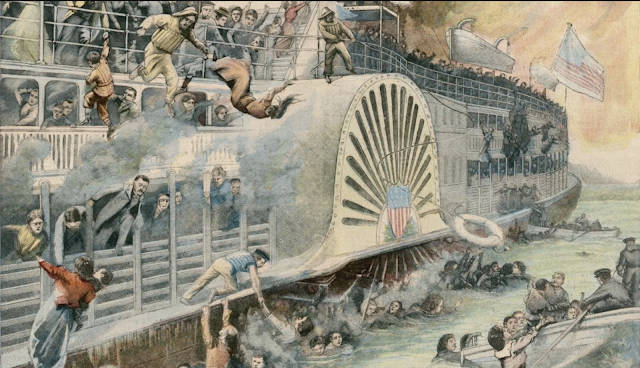 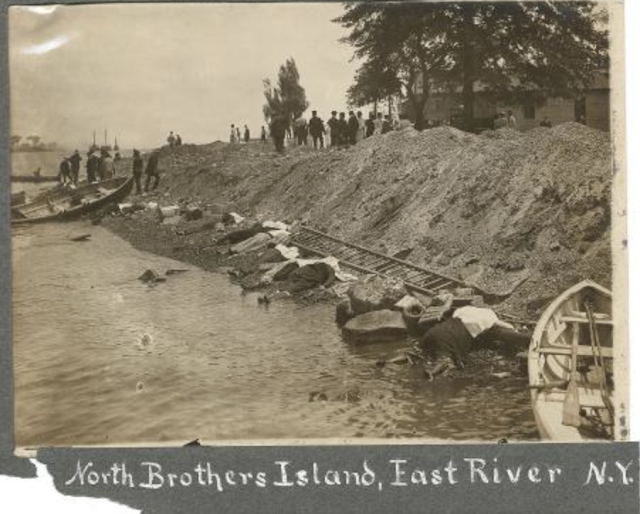 On the East River itself, young men steered loud jet-skis through the turbid water, jumping through the conflicting currents at Hells Gate, where the East River meets the Harlem meets the influx from the Long Island Sound. They played not far from where the General Slocum caught fire in 1904, killing 1021 of its 1358 passengers and crew. Until September 11th, it was the biggest single-day death toll in city history.

The factories, sewers and abattoirs are all shut down now, and there are no longer any pig carcasses bloated and floating down the old estuary. I wouldn't swim in it, or even jet-ski. My memory wouldn't let me.

As I ached my way up my home block, I saw an old couple--even older than I walking down toward the river. Some years ago some people on the block tried to prettify things. They built around some of the street trees little gardens with scraggly plants and old dry cleaner plastic. Around this particular patch of grey-green they had erected a short white picket fence, the kind you'd see in old Jimmy Stewart movies where he falls into the hydrangeas with Donna Reed. Someone had jigsawed wooden rabbits and painted them in pastel colors and nailed them to the slats of the fence.

The old couple walked by and noticed that hooligans or a small delivery guy on a big bicycle had knocked down the fence until the whole diorama looked like something out of the twister scene in the Wizard of Oz. The old woman turned to her weary husband.

"Look what someone did," she said. She tsked audibly. Then finished with, "Someone should spank those boys."

When I come back to New York after my time away, even if I've been away for just ten days or three weeks, I feel a bit like Odysseus returning unrecognized to Ithaka. My home feels over-run with intruders and I don't like it one bit.

But unlike Odysseus, I am not the favorite of Athena--or anyone else. I cannot string a strong bow and blaze arrows at the metaphorical suitors around me.

Instead, I bring Whiskey back home. We're both foot-sore and in pain. I sit in my favorite chair, and I write stories about a world that has all-but disappeared.

Posted by george tannenbaum at 4:40 AM