I forget who said it, if it were an ad person or a contemporary artist, but it was something to the effect that if you've seen it before, if you like it right away, the ad or painting or movie or joke isn't very good.

The other day I was walking in my new neighborhood by the sea and an old bearded man was banging boards together in a garage. Parked alongside his banging was a cranberry red 1967 Volvo sedan. 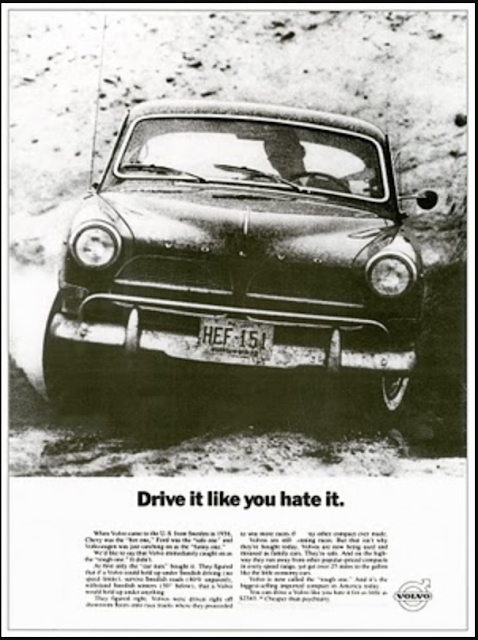 I started talking to him about his car. "Drive it like you hate it," I said. He looked at me like I had four heads. "I don't get it," he answered. "Why should I drive it like I hate it."

60 years or more after that great ad ran, its expression and defiance are still new. They still make people uncomfortable. They still startle people.

Often in my new role as perennial outsider brought in by companies after their usual suspects flounder, I'm asked to look at work other agencies have already presented. It's a tough assignment because you don't usually know who likes it, who's not sure, and who's sleeping with whom. You really don't want to trash something only to find out you're trashing someone's brother-in-law.

In my eyes, however, I'll say this.

If you're doing food, you have to have the spoon and grin. If you're shooting a beer commercial, a high-five and a pretty woman is fairly requisite. If you're doing insurance, some unfunny guy in khaki. And if you're doing technology, you must have business people talking about agility, robustness and transformation as if those words had actual meaning.

Just about every category has their must-haves. Some times the agencies brings them. Some times they're demanded by the client or by research or the CEO's husband, boyfriend, ex-husband or ex-boyfriend.

The truth to my eyes is simple. Most work doesn't get noticed or talked about because it looks like everything else.

I remember working for a client who wanted to do hundreds of customer videos about how their company is helping their customers. Hundreds of videos for very little money.

I asked them, why would anyone watch. What would make them interesting.

Around that time, Steven Spielberg had released thousands of videos of people who had survived Nazi death camps. These are arguably among the most shocking films of all time. Full of emotion, peril, evil and ultimately the triumph of the human spirit. However, and I feel guilty saying this, after five or ten, they all began blending together. We look for something different.

On Monday, the great art director and archivist Dave Dye reposted a portrait on Stuff from the Loft on art director John Knight. I hadn't known of Knight. However, through the years, I had clipped a dozen or so of his ads out of awards annuals.  See Dave Dye's column here.

First, these ads for Volvo. They're like nothing else I've ever seen.

John Knight also did these ads--20-foot-long posters of the interior of bars from a bygone--or never-was era. It's set-design as perfect as something out of Citizen Kane. Again, these posters don't feel like ads. But they convey a sensibility and a sense of place I want to be in. I like buxom women in bikinis as much as the next guy but I don't need them to sell me beer.

But agencies and clients, under the shibboleth of authenticity, find real people, real directors, real voices in an effort to make things that are just as fake as everybody else's work. 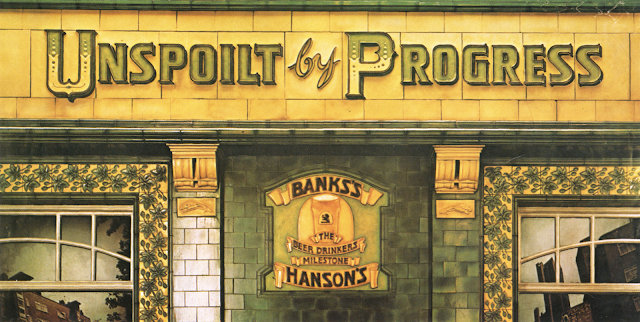 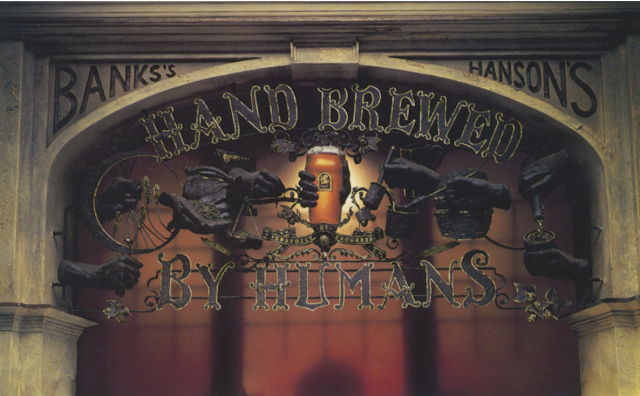 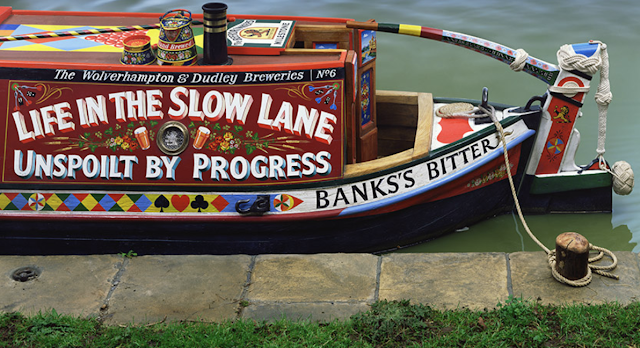 But one it comes to making ads we say things like, "What if it had an Apple feel," or a Starburst feel, or was like Errol's Miller work.

And it's pretty dangerous.