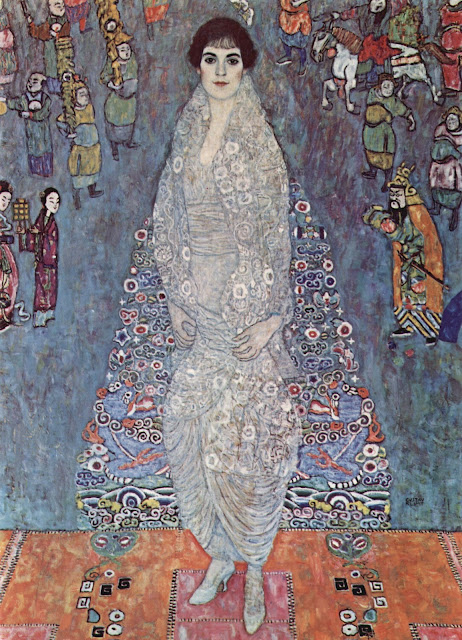 Of all the many things I do extraordinarily well, perhaps I am best at self-denial.

I do not treat myself well.

I do not reward myself.

I seldom "treat" myself, even for a job well done.

This proclivity on my part is, of course, of great consternation to my therapist of 17 years. He's been working on me to "loosen up" a bit and not be such an austere, impecunious and money-pinching son-of-a-bitch.

For about the past year I have been studying the life and work of the great Austrian painter, Gustav Klimt. Not long ago I wrote in this space about seeing at New York's Neue Gallerie Klimt's most famous work, Adele Bloch-Bauer I.

This painting was stolen from the Bloch-Bauer family by the Nazis, then appropriated by the Austrians after World War II as their national patrimony. Only after a series of long and contentious lawsuits did Bloch-Bauer's family reclaim the treasure. (Some time after that it was bought by cosmetics mogul Ronald Lauder for something in the neighborhood of $140 million--a record for a modern painting.)

In any event for significantly less than $140 million, I just rewarded myself, my wife and my apartment with a Klimt print produced by Klimt in a edition of 200.

It's a portrait of the Baroness Bachofen von Echt. By the way, the Baroness married into the title--she was a daughter of Charles Pfizer, the German pharmaceutical magnant who emigrated to Brooklyn, USA in the 1840s.

There's one other reason I made the purchase. I also happen to think my wife bears more than a passing resemblance to the lovely Baroness.
Posted by george tannenbaum at 4:26 PM