A tale of three magic markers.

Back when I was a puppy in the business, almost forty years ago, I worked for two Hall-of-Famers who were among the brightest stars in the Doyle Dane Bernbach constellation. Go through a 1960s era award book, and you'll see literally hundreds of ads attributed to Ron Rosenfeld, at the time the youngest writer inducted into the Advertising Hall of Fame, and Len Sirowitz, the art director of many of my favorite ads.

Ron and Len were not much interested, by the time I worked for them, in great advertising. But they were interested in making money. In fact, they were one of the first agencies to abandon the high-rents of midtown Manhattan and move their offices to the then no-man's land of lower Fifth Avenue. 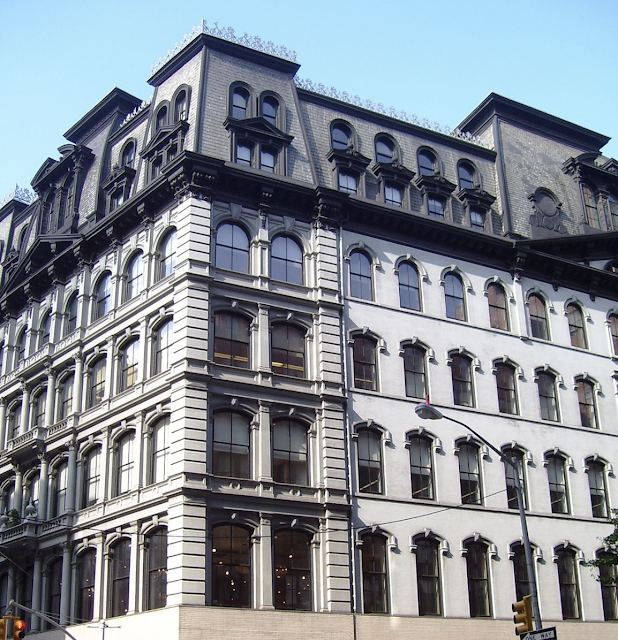 Their offices occupied an entire floor of the old Arnold Constable department store building. It ran from 18th to 19th Street and from Fifth Avenue to Broadway. More than thirty years later, they are still the most-beautiful offices I ever had the displeasure of sitting in. With 13-foot ceilings, old cast-iron Corinthian columns and light streaming in from the windows and skylights.

Even back then, I was an ornery son-of-a-gun, and most places I worked would find a room for me far away from the rest of the inmates. They didn't want whatever diseases and toxins I was harboring to spill-over the walls and seep into other offices. In other words, I had an office at the very end of the hallway, back by the freight elevator and a storage room dusty with old veloxes.

There was only one office back where I was and it was kept empty as an act of grace by Ron and Len. If one of their less-successful old friends from the old days needed a place to work, or a place to hang out, or a place to take a meeting, or to decamp for a few days, this space, next to mine would be made available.

In that way, I would occasionally spend a week or a month sitting next to a 55-year-old ad legend, a cigarette hanging from his lower lip, shirt untucked, bursting with stories about the way life used to be. Late at night when the rest of the agency had gone home or had gone to the city's seamier sides, I would sit with these guys and say things like, "What was Bill Taubin really like?" Or "Tell me about Phyllis Robinson."

One night, it was very late, the office was dark except for the Tensor lamp I had shining on my Smith-Corona word-processor. I heard a noise coming from the next office--the one that housed temporarily the legends from the past.

I walked over to say hi. To shoot the shit.

I found a chair that was not a cheap knock-off of a Marcel Breuer.

He stared off through the louvered blinds and began.

"One night, a night late like this, I was sitting in my office alone. Through the haze of cigarette smoke, I saw a phantom standing in the doorway. I brushed the smoke from the day's thousand Chesterfield's away, hoping the apparition would dissipate with the tobacco fog, but it did not. In fact, it intensified into focus."

"An apparition," I said dumbly.

That evinced no laughter and my neighbor continued.

"The spook came over to me. He held up his hand--a bony, Ichabod Crane paw. It was holding three identical Magic Markers."

"Choose one," the spook said.

The ghost was hovering now. Its form was pulsating as if it were breathing.

"They are not the same. He held one up. This is the Magic Marker of Beauty."

"With it, to your side will come the most beautiful woman in all the world. She will be taken in by your talent and will love you with a love that has never been loved." 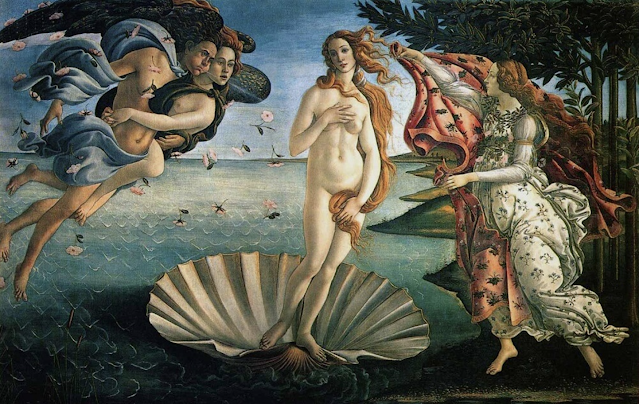 At once, he told me, the apparition changed from an amorphous, ghostly figure to living, pulsing flesh. It became the very image of godly beauty. Botticelli's Venus crossed with Rider Haggard's Ayesha with a soupcon of Marilyn thrown in.

"She beckoned me closer. But then as I was about to embrace her she vaporized. The apparition returned and offered me the second marker.

"Now the shape changed to look stern and austere--roughly like a ghostly Helmut Krone, if that's not redundant. 'The second marker,' the apparition said, 'is the power of art direction. With it you will win one-hundred awards, one-thousand. Ads like Think Small, will be consigned to the classified pages.

"Then that shape disappeared and a third showed up. A bearded, distracted old man. He handed me the third marker.

The old man reached into a lower drawer and poured himself in a small dusty glass a shot of Chivas. He filled another dusty glass for me.

"The apparition returned now in its original form. 'Which do you choose?' I was 25, George, a young man in the business. I was sweating and afraid. I thought of the woman, of the beauty, of the pleasure she would bring me, of eternal love and bliss and more. I chose the first marker."

"The marker of beauty."

"The woman of beauty, of pleasure, of desire, perfection and lust was a Creative Director's wife. She left him for me. She came to me. She transported me.

"But I was hated. I became a pariah in the industry. I had some years with her. But..."

"Awards turn too to dust."

"That one ran dry years ago."

And I did too.

Down the freight elevator and into the night.