The richest man in town.

I promise I'm not going to use the word humbled.

On Sunday night my friend Maya and her husband Carl came over to our little house along the sea and we had dinner. Steak.

Though my 63rd birthday was way back in December, Maya presented me with a birthday gift.

And what a gift.

For whatever reason, Maya and Rob Schwartz put together a book called  Fannenbaum: Love Letters to the Legend. A "Fan" book from friends and colleagues--a tribute--believe it or not, to me. 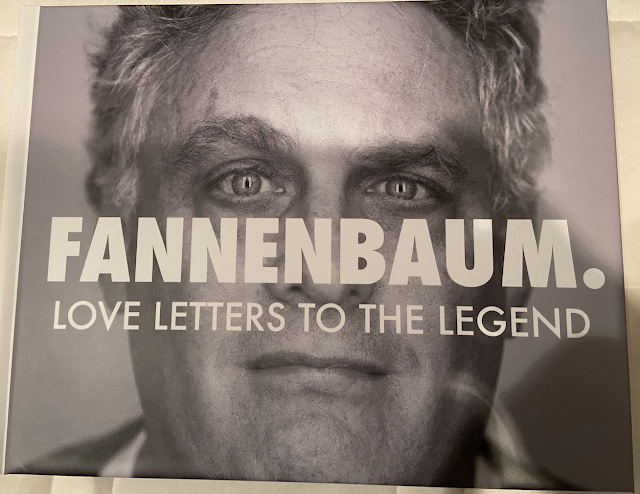 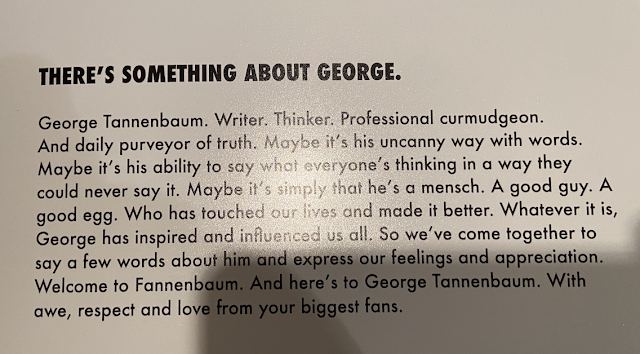 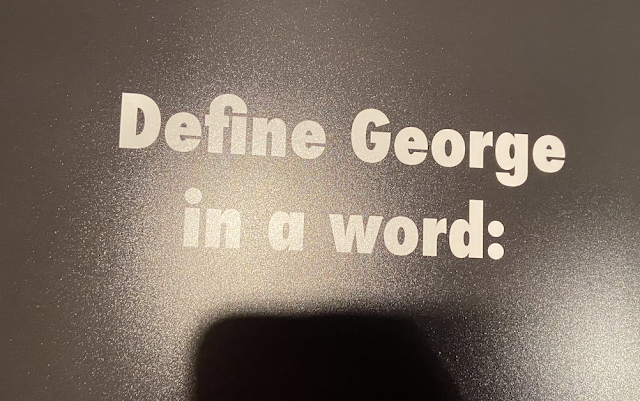 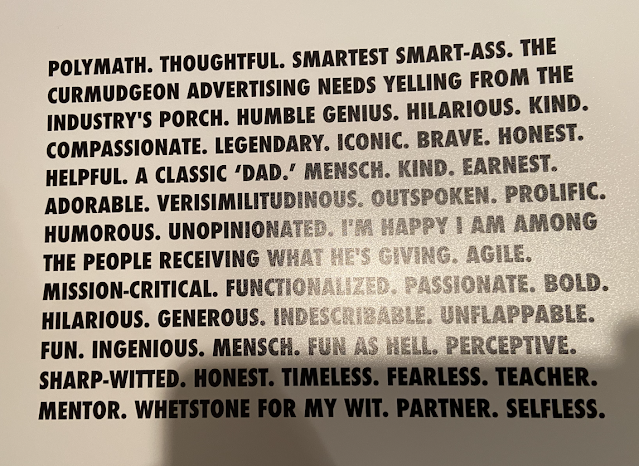 I'm generally speaking a dour kind of a guy. And frankly, though GeorgeCo, LLC, a Delaware Company is doing better than I ever imagined it would, getting thrown out of Ogilvy at 62 was a shock to my system.

I was doing the best work of my life faster than I had ever done it before. I thought I'd be like Douglas MacArthur's old soldier, and fade away from the business while planted on those ugly red carpet tiles.

I felt a failure.

I felt at an end.

How do I tell my children...my wife?

I was thrown out. Finished.

The main thing I learned after I was thrown-away was this: like my Hollywood namesake, George Bailey, "No man is a failure who has friends." And also like George Bailey, in many ways, with so many friends, I am "the richest man in town."

To Maya and Rob who created the book, to the couple dozen or so people who wrote me notes in the book, to all you out there in blog-ville who read my writing and smile at me--or at least don't throw rocks--and most of all to my long-suffering wife, Laura, who has to deal with my often mis-firing brain and over-firing temper, well, like I said, I'm speechless.

It would probably, therefore, be a good time to call me.