Lies. And the lying liars who lie them.

Recently my advertising Alma Mater, the place where I gave and gave for parts of four decades, ran a self-promotion on LinkedIn. I don't object to advertisements for "myself." Mine routinely get upwards of twenty-thousand views. What I do object to is a place that has turned hateful masquerading as "woke" and benevolent.

Here's the ad Ogilvy shamelessly ran. This is after 12 or 24 months of purging virtually everyone in every office that is over 40 and was making that thing we once described as a "living wage."

If Ogilvy "mirrors" what society is truly like by reflecting society in its people, they are living in a different world than I am. In fact, according to the fairly authoritative 2021 World Almanac (which is a helluva lot easier to navigate and a helluva lot more informative than the web) there are more people over 65 in the United Kingdom--the country of the ad's origin--than under 15.
18.5% of the UK is 65+. 17.6% is under 15. 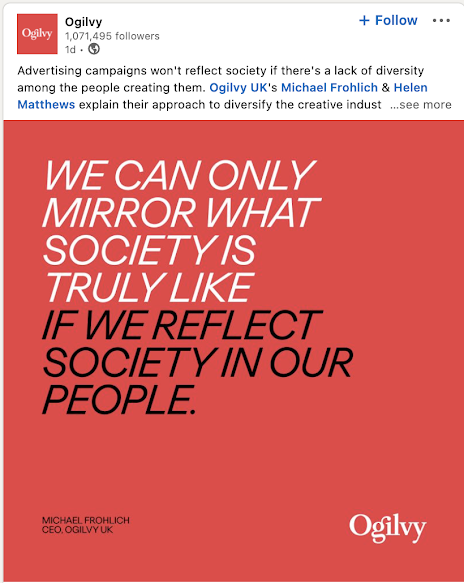 Yet according to WPP's most recent annual report, their mirror is not just broken, it's downright delusional. Perhaps, if anyone's reading this, class-action suit delusional. 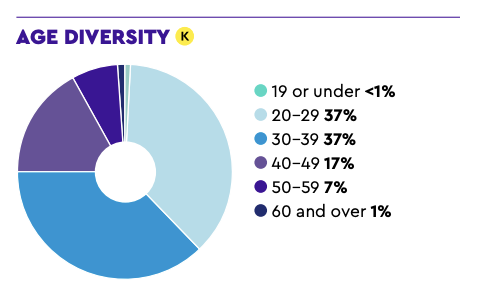 As for reflecting society in our people, it's hard to mesh the demographic data I provided above with WPP's depiction of itself in its own most-recent annual report. 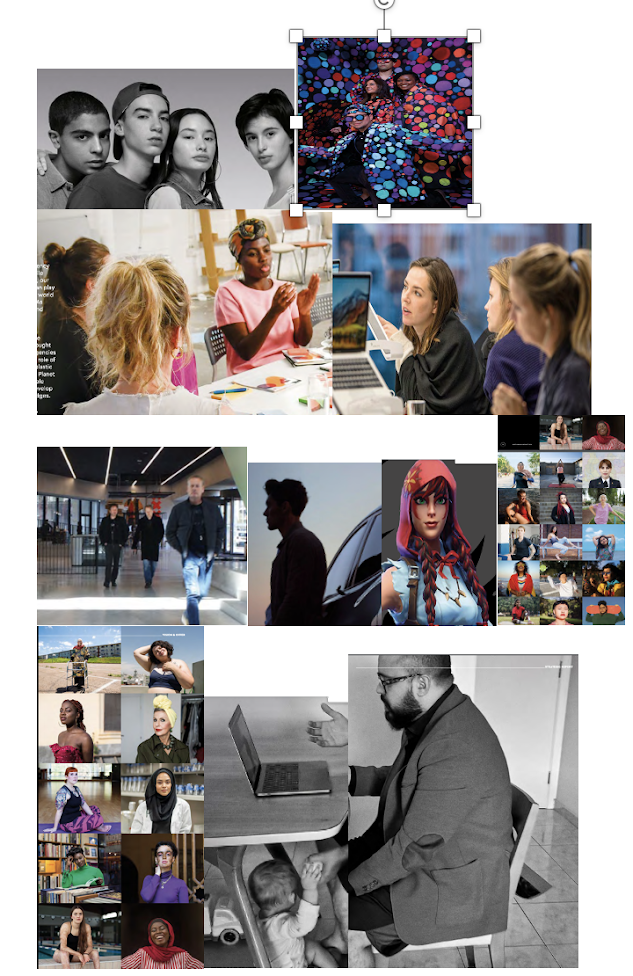 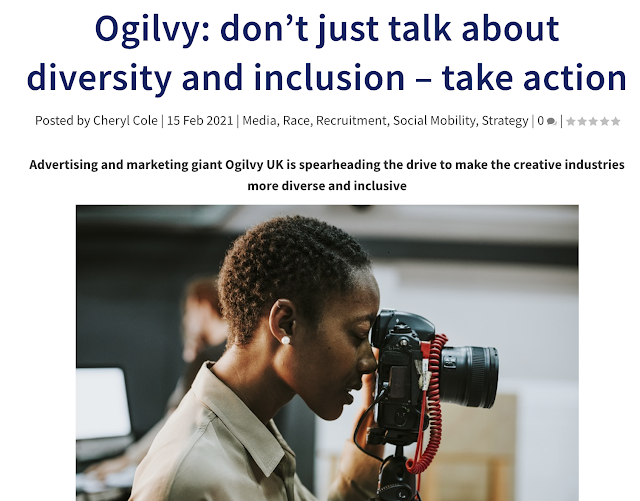 I suppose given my long-tenure in the advertising business, my relative success, and this blog--which routinely numbers agency CEOs among its 80,000 readers a week, I am something of a leader in what used to be the advertising industry.

If a Rob Reilly or a Mark Read or a John Wren or even a Martin Sorrell were to call me, I'd tell them that the central issue facing the advertising industry in the years ahead is not revitalizing creativity, honing our use of data and analytics, or even conquering purportedly attenuated attention spans.

I'd say that the key thing the industry must do for itself and its clients is to reestablish the very notion of trust. The idea that people can believe things they read. That people can have faith in the truthfulness of the messages they receive from those paying for the messages.

We've seen the horrible and near-civilization-ending results of a world riven by separate realities. The consequences of disbelief will, if not addressed by the ad industry, destroy literally trillions of dollars of brand value. Why believe in anything when no one believes in anything?

However, if our industry itself lies to our industry, if a formerly leading-light of our industry, Ogilvy, blows its trumpet and says "we are good and righteous" when in fact they are callow, craven and flat-out discriminatory, the long-term viability of such storied agencies will crumble more dramatically than it already has in the hands of its current (mis)management.

Part of me doesn't really care.

I have a handful of significant pieces of business from ex-Ogilvy clients and citizens. So their diaspora is good for me.

However, call me old and old-fashioned, I don't like being lied at.