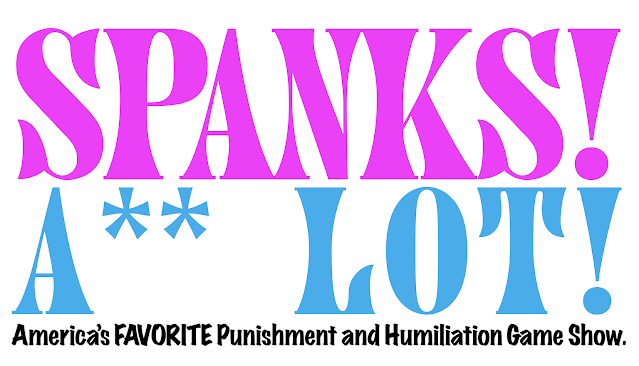 On Tuesday, I used the word "vainglorious," in this space and someone, a smart person I know, asked me if it was a real word.

"Yes," I answered. "I probably read it when I was a budding scholar. From William Makepeace Thackeray or something. I'm probably the last person on Earth to use it. It means with excessive--usually uncalled for--pride."

I continued, as I so often do.

"It reminds me of another archaic cognate nobody uses anymore. But I wish they did. 'Comeuppance.'"

Comeuppance feels Dickensian. And justified. I wish more cruel people had to pay the piper--not just a nominal fine but penalties wrung from their marrow.

Last night as I was drifting off to sleep, my usual dreams of hitting it big with a great idea wafted into what's left of my brain. The small part, the size roughly of a crushed edamame pea, that still functions.

I guess the day's news and a ghoulish picture (if that's not redundant) of Rudy Guiliani popped into my head. In the Times they seemed to indicate that the Attorney General of Georgia is closing in on Guiliani.

Of course I cynicalled to myself. "He'll get off scot-free," I said. "Or accept one of those 'new-age' penalties, like WPP did for bribery. In the case of WPP, a $19 million fine, and no admission of guilt. My stern Old Testament side wants more substantial recompense for such people or corporations.

At once, I conceived a show. Call it my contribution to retribution. I've named it "Spanks A Lot: America's Punishment and Humiliation Game Show."

Here's how it works. We have three celebrity spankers, say, Anderson Cooper, Kelly Ripa and Pat Sajak. They get to choose an IoS--Implement of Spanking. A colorful, synthetic feather-duster. A pickleball racquet. Or our sponsor's roll of Bounty towels, which we've rebranded for "Spanks A Lot," as "The Quicker Putter-Downer.™"

Next, our Spankee appears on stage.

I told Laura, my wife about the show Tuesday morning as we were out for our walk. A beautiful pre-apocalypse morning of bright skies and cool air along the seashore.

"We lay the Spankee on an "L" shaped velvet-clad table I said. His or her ass is pointing to the heavens, and camera one. Camera two gets us closeups of his face. And camera three is on the spankers and their IoS."

Laura, as she does so well, rolled her eyes as she rolled along.
"No pain?" she countered.

"Maybe a smidge. But the object is humiliation. Comeuppance. Never showing your face or opening your oral sphincter in public again."

""No pain?" she countered again.

And of course every Trump imaginable. And Gary Vaynerchuk."

Maybe, we could customize IoS's per Spankee. Imagine spanking Giuliani with the cousin he married's panties. Or Alan Weisselberg with a 49-cent calculator and a 1040-form. Or Jared with a copy of Dwight Garner's review of his book-shaped monstrosity. Perhaps with this sentence underscored:

Imagine the slow-motion camera capturing the wobble of a victim's gluteal adipose vibrating like the belly of a 360-pound offensive lineman. Imagine the well-miked 'grimace cam' capturing a plutocratic howl or viscous sweat on the forehead. What if we had a 'blush-o-meter' that indicated how red our spankee was turning, how much his temperature was rising.

The list, like my blatherings, went on and on. Why shouldn't it? Among the wealthy and unjustly powerful, the subject-object split between action and consequence is as broken as America's moral compass. There must be some way to do something about their asparagus-chomping 'let them eat cake' ostrich-vision.

My guess is anyone reading this could add to my lists of guests/victims.

Anyone know anyone who could help get this going?

He could be a two-fer.

Posted by george tannenbaum at 8:01 AM