It seems to me that more and more advertising, and more and more of what's covered in the so-called, non-blog-derived advertising press, is devoted to banal stunts that do nothing, really, to enhance the value of a brand, in either the long- or even short-term. 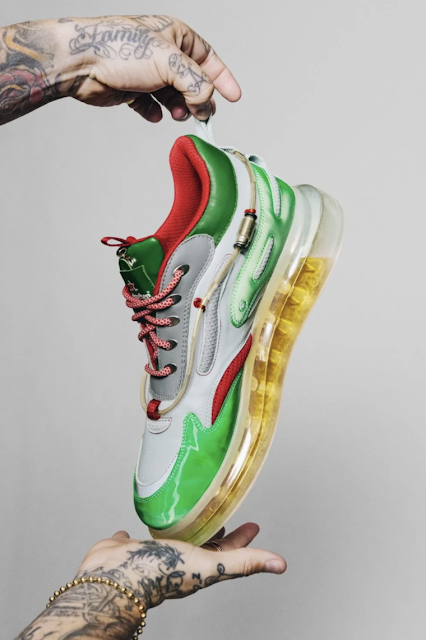 Last week, my social feeds were agog with a sneaker with a Heineken-beer-filled sole. I think I've seen bacon-flavored deodorants. Mac-and-cheese-scented candles. And a host of other actions.

The reason I'm so disgusted by things like this is that they reduce advertising, which had been a business-building profession, to a freak-show, a joke. Like we're the marketing equivalent of a juggler or a sword-swaller.

To be all semiotic about in at least in New York City, arguably, the center of world advertising, when I started in the business in 1980, agencies were within spitting distance of their Fortune 500 clients. Big clients had offices on Park Avenue, and Fifth Avenue, and Third and Lex. And so did agencies.

Because they did work that was essential to the success of their clients, agencies were located near their clients. Now agencies, in the words of Sir John Hegarty, "have retreated to the fringes." So they're located on 11th Avenue or someplace in an outer borough.

There's no debating, these places are cooler than the corporate world of mid-town. But I'm reminded of an apocryphal quotation by notorious bank-robber, Willie Sutton. "I rob banks because that's where the money is." In short, you should be near to where your clients are. That’s where the money is.

Just yesterday, I read an item--the sort of joke item the industry seems to relish--about the American pizza chain Domino's, closing the last of its 29 outlets in Italy, the accepted home of real pizza.

The dumbness of Domino's having restaurants in Italy made me think of the thinking, the intelligence, the brilliance of another brand's campaign, Levy's Rye Bread. That work ran primarily in New York's subway system in the 1960s and 1970s.

The campaign started with an observation, presumably by Mr. Bernbach.

Levy's wanted to increase their sales. (Why advertise otherwise?) Since rye bread was eaten mainly by Jews, the brand was advertising primarily in The New York Post, whose readership was eighty-percent Jewish. 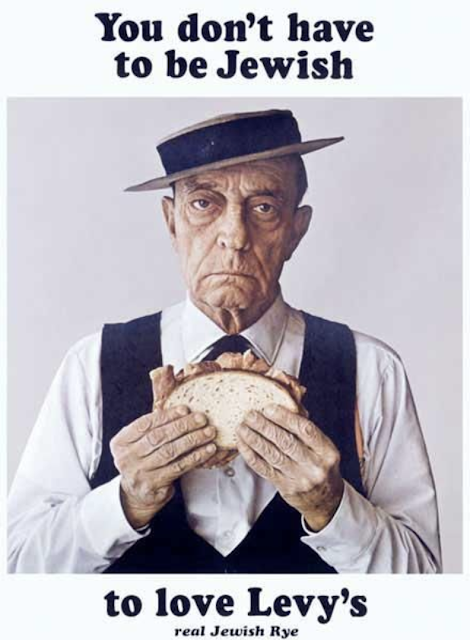 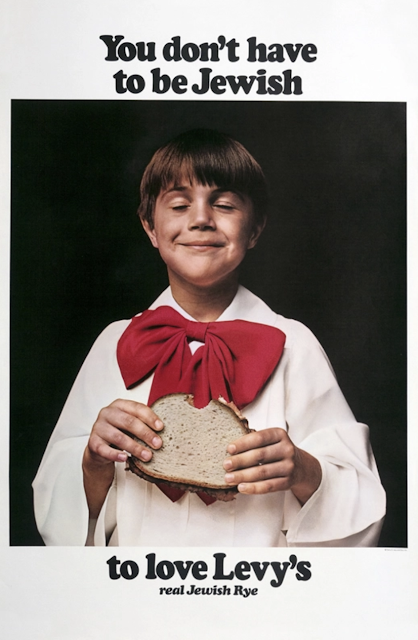 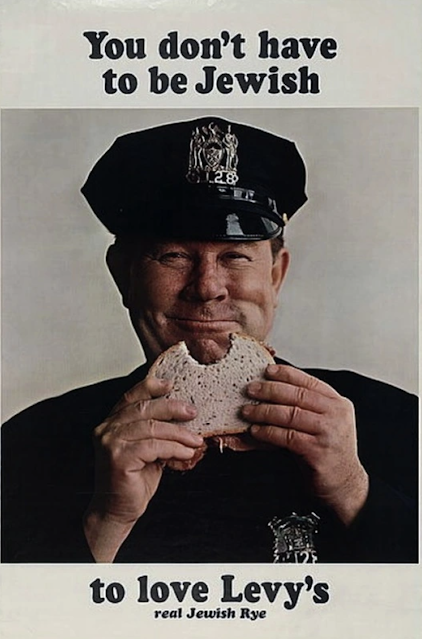 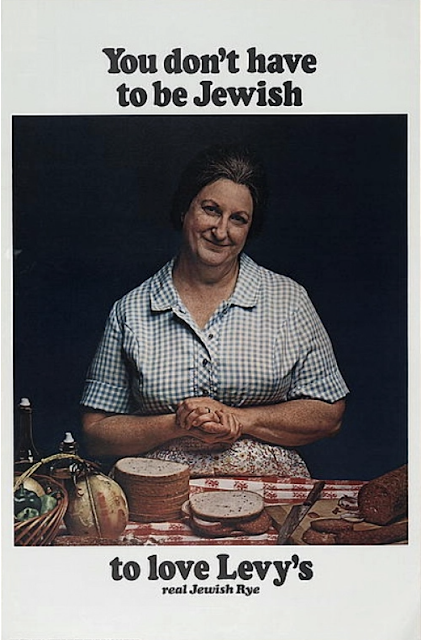 DDB positioned Levy's as the gold-standard in rye bread...Jewish rye. And then appealed to New York's broad palette of ethnicities by saying Levy's was for them, not just Jews.

I don't know what, if anything Domino's did to promote its outlets in Italy.

Many years ago, I wrote a campaign for a cheap wine called Folinari. I did some research (this was pre-planner when writers were allowed to do research.) I found Folinari was the number-one-selling Italian wine in France. It didn’t matter that they sold about eight bottles a year. Number one is number one.

After I found that out, I didn't have much left to do. Maybe I rounded the message out by saying, "In France, where they know more about wine than anywhere else, the Italian wine they drink more than any other is Folinari."

I suspect, it was all just a stunt. Like the aforementioned sword swallowers. 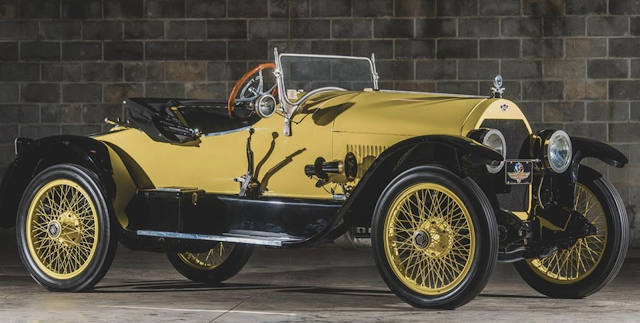 When everything else you're doing is working perfectly and you have more than enough money to do what you need to do for real, material growth. They're kind of like buying a crazy suit of clothes when you have the basics of your wardrobe down. Or a 1922 Stutz Bearcat when you already have a working SUV or  sedan.

But stunts are not, by definition, part of a long-term strategy. They're a surge, maybe, as you run toward a finish line. They're not a substitute for real work.

Just as opening a store someplace is no substitute for making a product that's better than its competitors’— that people have a genuine set of reasons to want.

Most success in life and in advertising comes from a consistent ethic of doing the things that need to be done.

As the disgraced Woody Allen once said, "Eighty percent of life is showing up." Maybe eighty percent of being a successful brand is also showing up. Showing up with something to say. And saying it in a way that people notice and like.