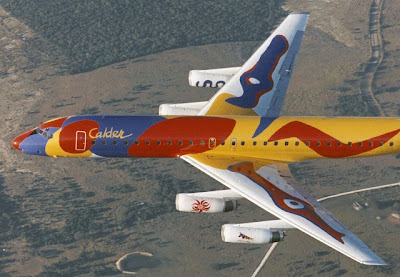 Much of the nearly 1100 posts on Ad Aged have been, one way or another, about being creative, about confronting the status quo, about being unique, about resisting karaoke kreativity.

This morning, for whatever reason I started thinking about the now-defunct Braniff Airlines who, three and a half-decades ago commissioned Alexander Calder to paint some planes for them. The airline paid Calder $100,000 for each plane Calder painted. They featured the planes in their ads. 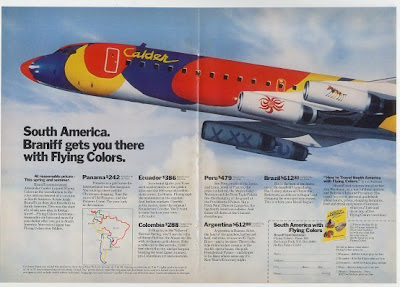 There are a lot of ways a company can say they're different. Usually the most expensive and least convincing is to run television spots proclaiming such. The best way and usually the cheapest is to actually behave differently.