Here's how it happened. 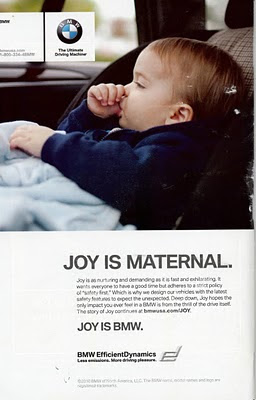 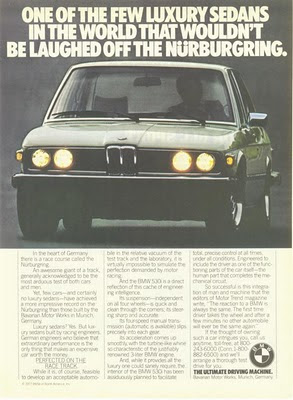 It's fairly obvious, at least to people of my generation, that "rust never sleeps." That is, the inevitabilities of entropy have pretty much destroyed all that we used to hold dear.

Oh yeah. This is a little dark for a Friday, ain't it. Lemme start over again.

Somewhere along the way, I think it was USA Today that kicked it off, some bright boy said, "TV is picking up viewership while print readership is dropping. The way to amend that is to make print more like TV."

So rather than examine what made or makes print strong, they threw all that out. Newspapers became filled with soundbites of information, gossip, celebrititis, crap. Newspapers became more like TV, and in turn, TV became more like gossip magazines--which were picking up readers at a spectacular rate since the advent of rags like "Us" and "People."

I know this is complex, so maybe this example will clarify. Let's think about movie theatres. At one time they were elegant escapes from the everyday. A program included the feature, a short and maybe a few cartoons. The silver screen was vast and transportive.

Then movies started losing out to TV. What did theatres and studios do to fight this? They shortened programs. They smallerized their screens. They made their offering more like that which was killing them rather than strengthening what they alone could do.

A couple of nights ago I saw Donezetti's "Don Pasquale" at The Met. In the program was the above ad for BMW. It made my skin crawl.

For more than two decades BMW, by way of Ammirati & Puris (in the US) did work that redefined what an automobile should be. And made BMW the gold standard. Their ads were thoughtful, intelligent and motivating conversations about what's important in a car.

Now the brand and their just canned agency GSDM have decided that print can no longer fulfill that role. It must feel more "sound-bitey" like television. Or maybe print should feel like a tweet.

Rather than thinking about what a medium can do well, what particular strength can be brought to bear via that medium, advertising agencies and clients have sought instead to emulate media that seem to be winning.

This is like the British army attacking by sea because the British navy is successful. It just won't work.
Posted by george tannenbaum at 9:16 AM

I think the Joy campaign is wrong for another reason.
The ultimate driving machine IMPLIED joy without using the word. ( And it didn't exclude having families. BMW's are mostly multi seat cars after all. ) The Joy campaign is killing the brand magic. It's off brand. Whether this campaign originates with a brief from client, or from the agency and planners or if it's just a bad interpretation of a brief, it's wrong, wrong and wrong. I could elaborate on why.

It's also interesting that this ad is aimed squarely at mothers (though I don't know any mother who likes to see a baby sucking its thumb...) and, parallely*, families.

I've never been a BMW fan per se, but I can appreciate the brand enough to shudder at the sight of a Beamer station wagon.

*I don't have to tell everyone here that "parallely" isn't a word. But it should be.

Graham, I hadn't thought of this as an ad aimed at mothers. I guess I'm a maternal sort of pater.

My point in all this is the degradation of print as a way to impart useful consumer information.

@Geo -- yes, I agree totally -- I think I got wrapped up with what Tore was saying there too.

But to the ad: why not add more text to a magazine ad? You could do the exact same thing as what they do here with the sound bite (if that is what you're shooting for), and just add a few more bites.

If advertisers are worried about short attention spans, make sure the important stuff is up front. That way people who want to read on can, and those who don't, don't have to.

That, I think, is one of the great strengths of magazine ads: you can include the information in many different ways within the same ad; they're not linear necessarily like TV ads. (Plus, when you think about it, most people reading a magazine are, by default, "readers" -- why not give them more to read?)

If an agency that produces this kind of joy crap can still be canned, there is still hope.

Tim, from what I hear they were canned for politics not for doing shitty work.

This whole "joy" thing has the distinct odor of account planning "laddering up" the hierarchy of benefits.

In other words, taking something specific and turning it to mush.