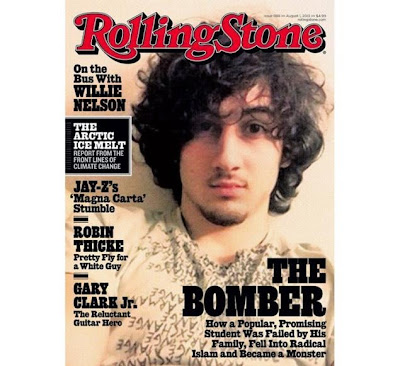 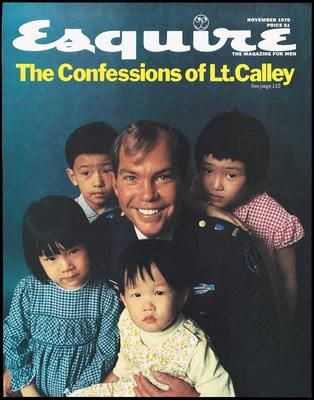 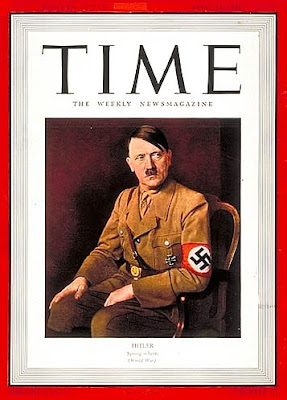 I admit I do not understand what the issue is with Dzhokhar Tsarnaev being on the cover of "Rolling Stone" magazine.

Boston's mayor Thomas Menino wrote to the publisher of "Rolling Stone," saying its cover "rewards a terrorist with celebrity treatment." Various retailers have said they will not display or sell the magazine.

Again, I do not understand.

It seems to me that people should be smart enough--and should be given the chance--to pass their own judgments of Tsarnaev. Yet we live in a time where we prefer censorship and ostracism to openness and freedom.

I believe Tsarnaev did a terrible thing, would have done more terrible things, and is a terrible person. He should suffer the worst we can mete out--if and when he is tried and convicted.

But where is the evil, the lack of taste and sensitivity in showing his picture?

The "Esquire" cover of Lt. William Calley was controversial when it appeared. I'm sure people were outraged by it.

He was charged in 1969 with the premeditated murder of 104 Vietnamese civilians during a Calley-led rampage that killed as many as 500 Vietnamese villagers.

Yet George Lois and "Esquire" put him on Esquire's cover--looking happy if not beatific, surrounded by affectionate Vietnamese children.

What has happened in our world that we need to see things in such a Manichean manner--black vs. white, good vs. evil, light vs. darkness.

What has happened in our world that we eschew diversity of thought. That we cannot tolerate point of view and controversy?

I've also posted a cover of "Time" magazine who had Hitler on their covers more than once. He was even their "Man of the Year" in 1938. (In '39, Time lightened up a bit, naming Stalin their "MoTY.")


Posted by george tannenbaum at 11:16 AM

My first comment in your blog, despite reading it every single day.

This is the best post on this topic yet - short, crisp and to the point.

But yes, the Esquire pic did shake me up - I haven't seen it so far and having read about the My Lai massacre in detail, the cover is deeply shocking. Though, that shouldn't be a reason for Esquire (or anyone) to offer his point of view, glorify him or demonize him. There should be place for dissent and counterpoints... we all have the power to ignore and move on.

The Esquire cover was great because it used the children and that horrific smile to make Calley look all the more evil (he comes across as a madman in that shot). My problem with the Rolling Stone cover is that it's lazy conceptually and simply allows the terrorist to display the image HE wants to display. It's a selfie, one he obviously spent some time setting up to look as cool and glam as possible. Imagine if Rolling Stone had taken the Esquire route and created a cover with some THOUGHT behind it, some tension or irony or SOMETHING other than Johar looking the way Johar wants. Hell, even copy Esquire and surround Johar with smiling marathon runners. Of course, some would say that showing a glam shot of Johar IS the concept, but I don't buy it. The editor himself said that's not what they were trying to do. All that said, I'm completely against censorship and think RS should try and sell as many copies as they can; my complaint is mainly conceptual versus Hannityism. Of course, the mayor and others do have the right to say what they believe, too.

There is no concept in the "RS" shot. And the one you describe w/ marathon runners would have been amazing.

Journalism has been globalized, like advertising, with staffs so lean and beaten that it's more about regurgitation than intelligence.

Agree about others having the right to say what they believe as well. Not sure if I agree with CVS's stand barring access to the magazine

About censorship -- if there is the right to free speech, then there also has to be the right to controlling what is being said within your four walls, whether that's your home or your store. CVS has the perfect right, under protected free speech, to *not* sell the magazine if they don't want to. Indeed, they are making their own statement in not having it on their racks.

That being said, I think the bigger issue is that free speech today is more about pandering. If Rolling Stone put that cover out to create controversy and boost sales (which I believe was at least part of the plan), and they do it in the name of free speech, doesn't that mock everything free speech stands for? Similarly, CVS's stance is equally likely about saving customers as it is "moral outrage".

Hiding your true motives behind the banner of free speech isn't quite right, I don't think (yet ironically, the right to do so should be upheld...)