A walk through New York. And time.

I was mixing again yesterday. So yet again, I took another walk in the city, five miles in all. The first half--from the Upper West Side to midtown in the 40s--I walked with a young friend of mine.

She left my agency almost six months ago and we both decided we liked each other too much to let our friendship dissipate through too much distance and too little contact. So every two weeks or so, we find an early morning and walk and talk for an hour.

Peace can be found walking through the city, walking slow while the world rushes by. Sometimes it's good to act 33 rpm in 45 world, or even a 78 world. It's ok to let things that happen too quickly happen too quickly. It's better to take a pause with a friend--a wise, seeing, funny friend--and have a nice chat and a nice walk. 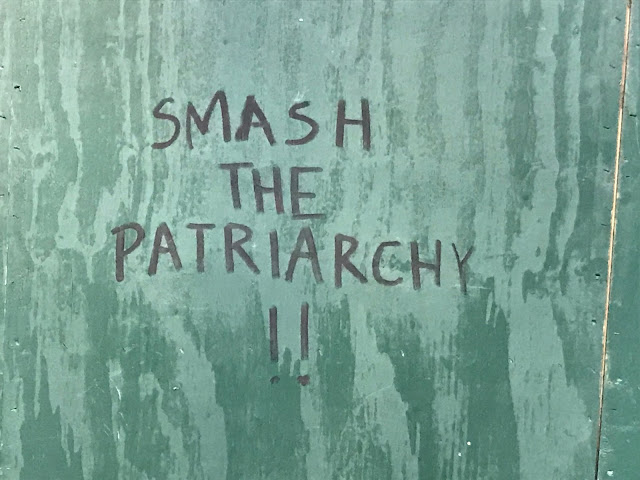 On our way downtown I stopped and read these words of the prophets. The whole city is a construction site these days, it's being torn down, cut up, and rebuilt in service of the super-rich--the plutocrats, or patriarchs, who more than ever--rule our lives.

(So much for those marketing know-it-alls who started proclaiming--without evidence--not long ago that "the consumer is in control." Most everything in our lives from what we watch, to where we work, to where we pick up our daily coffee is dominated by oligarchs. What kind of control do you really have?)

Every block or so there's a towering crane, burly construction workers in day-glo hoodies and hard-hats smoking arm-length blunts on their way to work. The noise, the pound pound pound of the pile-driver against Manhattan's schist, drowns out even the dull, persistent lament of a million workers working too much for too little.

I walked west after I left my friend. I decided to visit Patience and Fortitude--the two Tennessee-pink-marble lions, named by Fiorello LaGuardia--just to say "hi." There's something magnificent about these stolid and stony beasts. Maybe I like them because they remind me, in fact, of me. Whatever happens, whatever the day, whatever the week, whatever the weather, like me, they show up and stand (or sit) sentinel. 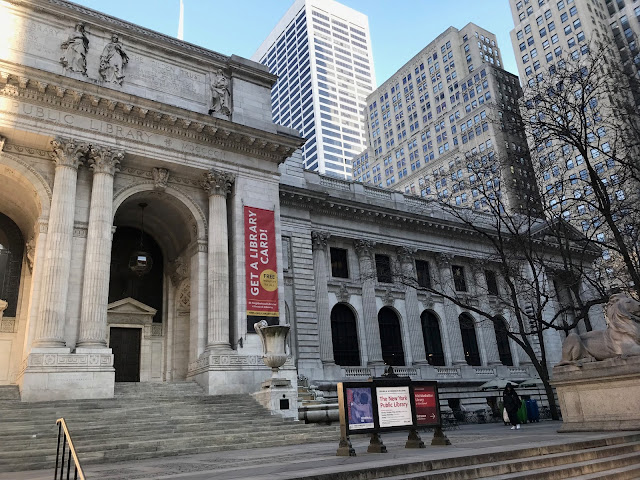 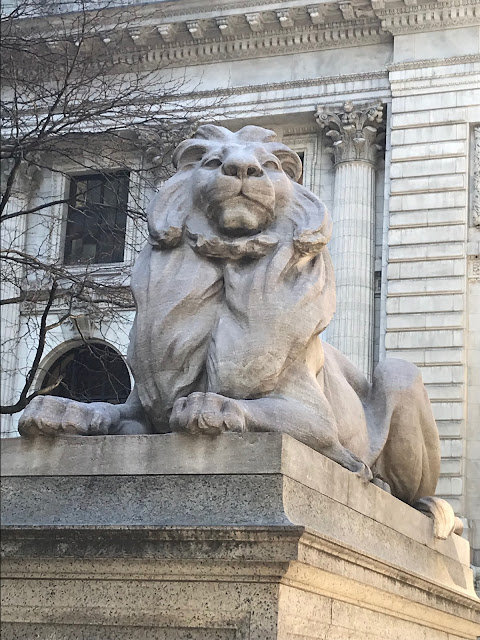 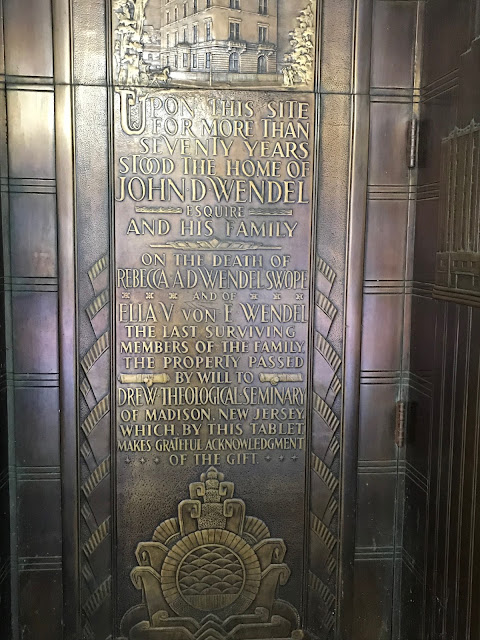 I've spent 60 or so years in New York, and I had never noticed it before, though I might have 100 times walked by it.

The Wendel family, according to "The New York Times," were New York's most-powerful real estate family in the early 20th Century. They owned over 150 properties valued at, in today's dollars, well-over $1 billion.

The Wendels, according to the Times, “were the delight of the local papers, for, rich as they were, the family — six sisters and a brother, all unmarried — lived together in a shuttered mansion without electricity on the northwest corner of Fifth Avenue and 39th Street, and dressed in grim Victorian garb that had gone out of style half a century earlier. Tour buses regularly pulled up in front of ‘the House of Mystery.’”

Further down Fifth Avenue, at 24th in Madison Square Park, I came upon this plaque on a plinth. I can't find anything out about it. I assume America's glorious dead were our WWI war dead. Or maybe victims of 1920s Irish gangs, like the Whyos or the Dead Rabbits. 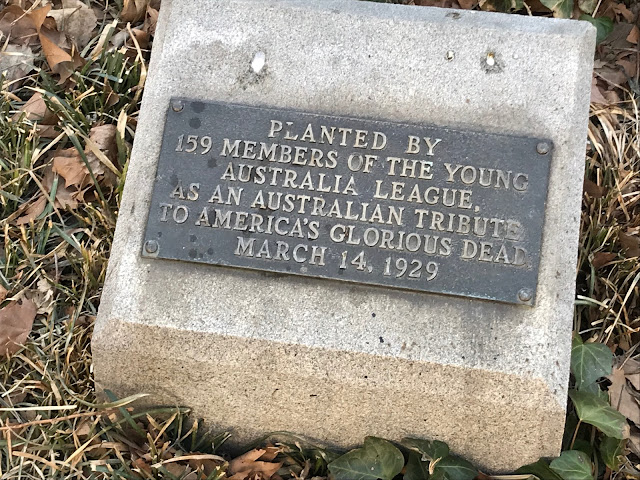 A block south on 23rd, sits the Willam H. Seward statue. Seward is best remembered today, if he's remembered at all, as being the best cross-legged statue closest to Danny Meyer's Shake Shake.

Seward was governor of New York, senator from New York, and a member of Abraham Lincoln's Team of Rivals as his Secretary of State. He's also credited with buying from the Russians what became the first the territory, then the state of Alaska.

The massive land area was purchased for $7.2 million, or about 2-cents an acre, the price of a tootsie pop when I was growing up. Back in the day, they called Alaska "Seward's Ice Box," or "Seward's Folly."

Whaddaya want for 2-cents an acre? 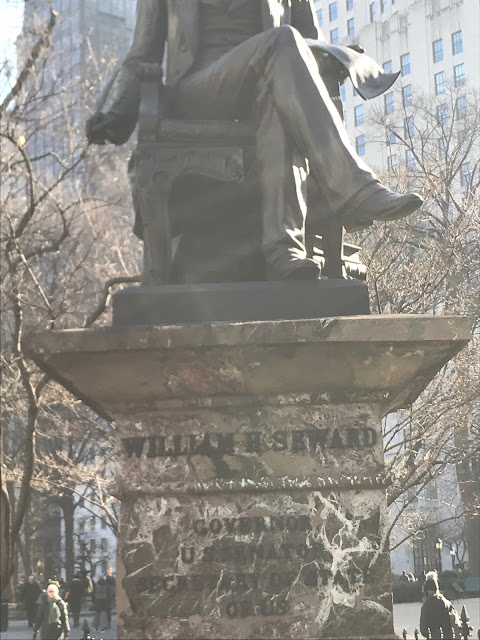