A bunch of fucks. 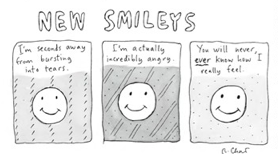 We have a family tradition that takes place on the Wednesday before Thanksgiving. My daughters, wife and I have dim sum and dinner at Shun Lee West Cafe, a deservedly famous Chinese restaurant. Then we head over to the "big top" and see the Big Apple Circus.

I'm a sucker for almost anything that's presented with a sense of humor and even though my kids have probably outgrown going to the circus, we go for the laughs and the nostalgia. (This year, for instance, they had a dog act that featured a cameo by a porcupine--something you don't see every day.)

This year as we walked into the arena we passed two-foot-high red letters printed on vinyl. They spelled out A C C E N T U R E.

I have a long, nasty, holocaust-survivor's memory. I never forget or forgive a slight, a bit of brutality, a lie or an evil done. I remember when Accenture was Arthur Anderson and their Enron lies stole the savings and pensions of millions of little people. I also part only begrudgingly with dollars I've earned. The circus tickets cost me $85 a pop--would they have cost more if there were no Accenture logo?

Everywhere you look now entertainment and sports are "underwritten" by major corporations. Free Shakespeare in the Park is underwritten by the scoundrels of Bank of America. The ones who bought John Thain a $15,000 wastebasket. And stole billions from millions of Americans, then borrowed billions more from the same Americans, then gave themselves multi-million dollar bonuses. As they robo-foreclosed on millions of mortgages.

We hear a lot about the various Occupy movements spreading over the globe. The sad fact is however is that corporations like JP Morgan Chase (they are underwriting the Christmas Rockettes at Rockefeller Center), Accenture, Citibank, Bank of America have occupied us.

They have taken over with their stolen largesse most everything. Their logos as ubiquitous as mosquitoes in a swamp.
Posted by george tannenbaum at 7:36 AM

I have become increasingly angry when something I've bought contains an ad. The most recent example is a packet I was required to buy for class at a local print shop. The packet cost me $63, steep, but not an uncommon price, a necessary expense for the course. What irked me was as I was flipping through an ad for DirecTV fell out of my $63.

Turns out this was in every packet. None were given to us at ad-subsidized rates. For me it tarnished the packet. It felt filthy, it felt like I didn't actually own it. And this kind of thing is only getting more common.