I never heard of Horst Faas, but his photographs changed my life. They may have had a hand in changing world history.

Faas died yesterday after spending most of his adult years as a photographer and editor for Associated Press.

He covered sports, revolutions and most famously Vietnam. Both of the shots he was most associated with were turned down by higher-ups. Faas persuaded them to publish them anyway.

No matter what field you're in, it seems there are always higher-ups looking to kill stuff. Usually for no good reason. Usually there good reasons to fight those higher-ups. Sometimes you win.

Thank you Herr Faas for fighting. 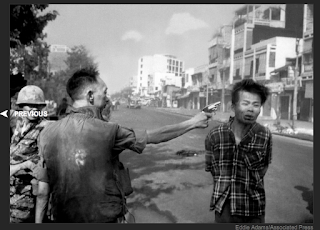 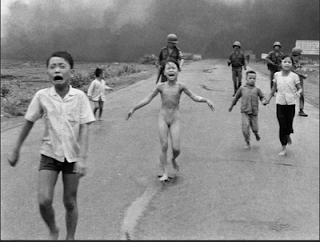 Posted by george tannenbaum at 1:14 PM

George, I hope you don't mind but I called you the Mensch of Manhattan in my blog today. I can change it if you want.
http://swimminginbs.blogspot.ca/2012/05/time-to-break-hip-ster.html

Horst Faas did some truly remarkable work, but for the sake of clarity, neither of the photos was actually taken by him. The top photo of the prisoner execution was done by Eddie Adams; the bottom one of the running girl was by Nick Ut, a Vietnamese. Both Adams, an American, and Ut worked for Faas out of the AP's Saigon bureau.

There's also an interesting backstory, for those not aware of it, to the Adams photo that provides a bit more context to what was going on at the time it was taken:

the prisoner execution was done by Eddie Adams; the bottom one of the running girl was by Nick Ut. it's true.