There's a spite machine that fuels the internet. You need only to read the comments on a site like Agency Spy to know what I mean.

Everyone is a hack.

Every commercial is derivative.

Much the same attitude prevails within agencies.

Even when I worked on the biggest account in the world at the time (IBM) which was producing literally hundreds of good commercials, there were scores of effete people within the agency who wouldn't deign to work on the business.

Last night I got an email from a client. A few colleagues and I had created a four-minute video for her to show at a conference. It did the job. It was thorough, thoughtful and well-produced. I'm not saying it was "Citizen Kane," or even the "Citizen Kane of Industrials," but it was good and polished.

She wrote a note saying it received "spontaneous applause," from the sales teams it was done for.

Immediately, the emails started flying into my email box. "I'll clear a place on my trophy shelf," said one. "I've already entered it into the One Show," said another. I understand the sarcasm. I'm often guilty of the same.

But what most people don't realize is that work--no matter what career you pursue--is a slog. There's a lot of mucking about and doing the best you can do under the circumstances. The fact of the matter is that some time in your career you may have an adult leakage commercial to do. Let's face it, when Michelangelo was done painting the Sistine Chapel, his wife might have asked him to paint the second bathroom.

Life, and careers, is not about only doing the things you want to do. I wish it were, but it's not. As Tennessee Williams wrote in "Cat on a Hot Tin Roof," "Heroes in the real world live 24 hours a day. Not just two hours in a game....The truth is pain and sweat...paying bills...The truth is dreams that don't come true and nobody prints your name in the paper till you die." 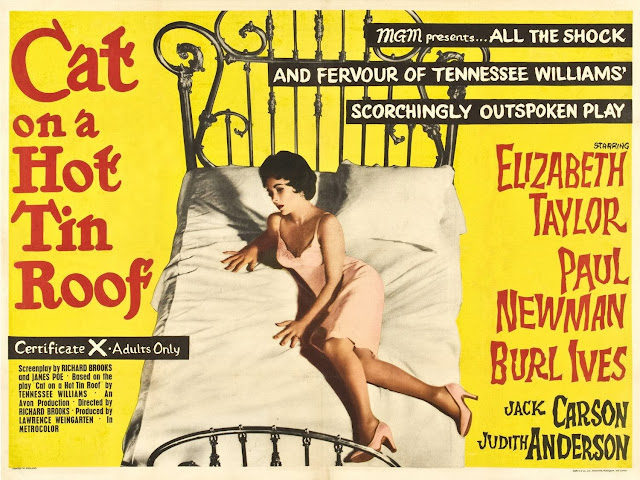 That's the truth of work, too. And what's been sullied by the charade of award shows that display anything but the truth (work that's never run created for clients who don't exist.)

We no longer show the truth of work.

We hold this misbegotten notion that somehow we are above doing the hard work of work. And we disparage people who tend to their knitting.

Or they produce fake work and fake case study videos saying how great the fake work was ballasted by fake metrics that prove it's worked.

To go back to Tennessee Williams, all of us have a choice we make everyday.

It's a stark choice.

The choice between the truth of pain and sweat. That is, dignity.

Or celebrating the shiny, phoney and glib. That is, mendacity.
Posted by george tannenbaum at 9:11 AM