The greatest headline of the 20th Century. 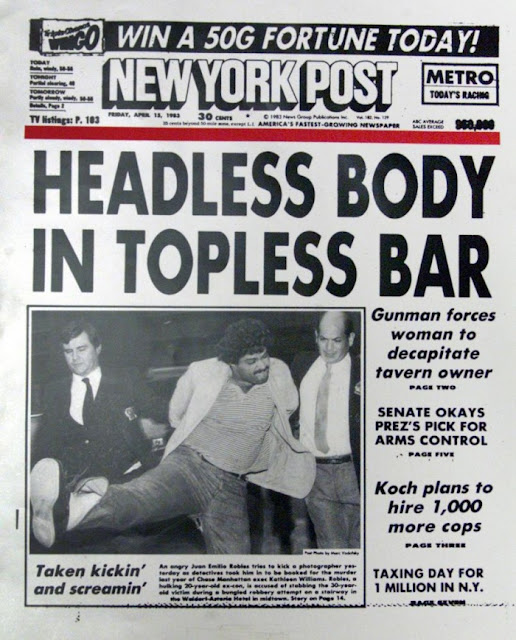 Vincent Musetto died on Tuesday in the Bronx.

Well, you could argue that Mr. Musetto wrote the best headline  of the 20th Century when Charles Dingle shot and killed Herbert Cummings in a Queens saloon and forced a female hostage to decapitate Cummings' corpse.

"The New York Times" headlined the gore this way: "Owner of a Bar is Shot to Death; Suspect is Held." That's what you'd expect from the Times. Austere, sober, serious. Headlessness was not mentioned until paragraph three. They didn't mention toplessness at all.

You can read Musetto's obit here.

And be sure to stay out of topless bars. Headless or otherwise.
Posted by george tannenbaum at 7:14 AM