GM does it again. 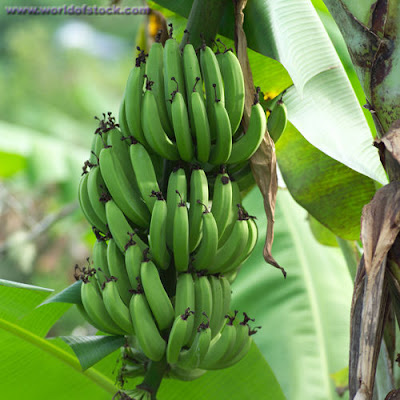 I just noticed a banner ad for GM's Buick, Pontiac and GMC divisions. The ad offers ("to qualified buyers") on ("most 2009...vehicles) 0% financing for 60 months. That's five years.

Now one of those GM divisions, Pontiac, is already being eliminated and GM itself is facing bankruptcy. In other words, GM is at a "green banana" crossroads. As in don't buy green bananas, you might now be around to see them ripen.

Seriously, taking a five year bet on a General Motors vehicle is like painting your house with water colors.

Sooner or later, it's going to rain.
Posted by george tannenbaum at 11:47 AM

Nice to see my corporate firewall filter blah blah is letting me see your pics again, instead of the user policy warnings inserted. Guess your not evil anymore.

I bet 90% of people think that banana picture is upside down. They grow up (unlike my IT dept)

Not really - no matter what ends up happening with GM, their warranty obligations will be covered by our gov't. That was decided long ago.

Understood, Kyle. But obligations or not, in still gives one pause, don'tcha think. Not exactly confidence-inspiring.