A leitmotif is developing. 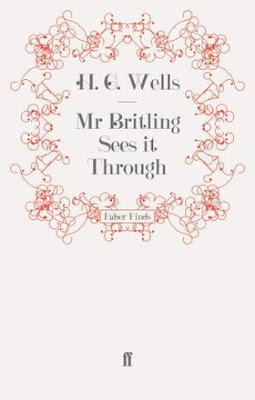 This is a looooooooong quotation from a 1916 novel called "Mr. Britling Sees it Through" by futurist (though we didn't use that term then) and novelist H.G. Wells.

It's about England in the early years of the 20th Century.

"Our manufacturing class was, of course, originally an insurgent class...it had the craftsman's natural enterprise and radicalism. As soon it prospered and sent its boys to Oxford, it was lost. Our manufacturing class was assimilated in no time to the conservative classes, whose education has always has a mandarin quality...Machine haters. Science haters. Rule of thumbites to the bone...It isn't that we are simply backward in these things, we are antagonistic."

England 100 years ago. America today?
Posted by george tannenbaum at 9:24 AM

I finally had to go back and google leitmotiff.
It would be like the music that plays right before Darth Vader enters the scene. Dum,Dum,Dum, Dum...Dum Dee Dum, Dum Dee Dum. Pardon my juvenile associations, but they help.