A Funny Thing's Happened on the Way to the End.

When I was young in New York, it was a very different city than it is today. In virtually whatever neighborhood you lived in, there were restaurants and stores that catered to that neighborhood. Generally speaking, anything you could possibly want was just a few blocks away from your apartment.

If you wanted a good corned-beef sandwich, you could go to the little German place down the street that hand-sliced the corned beef. Or you could walk a few blocks further and find a Jewish deli where the infarction seemed a little fresher and fatter.

You could always run to the supermarket and buy a box of Hostess', but chances are, at least in the city, there was a Happy Donut storefront or a Sip 'n Dip that made fresher donuts and in more varieties.

The same was true if you needed a new pair of Levi's. There was likely a musty-smelling Army-Navy within spitting distance that could accoutre you with very little sturm und drang.

Along the way, as we stumbled toward the great consolidation of capital, all the little neighborhood places went belly-up. The neighborhood still had the need for a corned-beef sandwich or a donut or a pair of jeans, but seemingly all at once, instead of a mom and pop selling your wares, you found yourself buying from a franchise.

Your sandwich was no longer made for you by someone you might know by name. It was pre-made and pre-packaged. It was really pretty lousy. Not fresh. No meat. Personality-less. But the only show town.

Same for donuts. The city used to teem with neon signs depicting concentric circles. Now there's Dunkin'. And they suck.

Same with jeans. Army-Navy's are gone (the Army and Navy aren't. We spend about $1 Trillion/year on our armed-forces). You can go to the few remaining GAPs. But the service is woeful. Their quality is questionable. And no matter what size you are, they don't have yours.

Maybe it's just nostalgia on my part.

But I scarcely eat a meal or get a glass of lemonade where I don't say to myself, these things used to be better.

That leads me to question a founding mania of modern-day capitalism, at least as we're bludgeoned by it in today's America.

Everything is about "scaling."

"How does it scale?"

But everything that's scaled sucks.

I really can't think of any business that's consolidated that I actually feel well-served by.

That brings me to the modern advertising industry.

When I was beating the bushes looking for a job during a Reagan recession in the early 80s, I remember dropping my portfolio off at 41 agencies.

There were a lot of agencies. And many of those agencies produced unique, specialized work.

You could spot a Scali ad. An Ammirati ad. An Ogilvy ad. There was differentiation.

Today the giants do borderless work as Team WPP or Team Raven Ocelot. It doesn't matter who does the work, because all the work that's produced, virtually everywhere, by virtually every agency is virtually the same.

As I said above in my much-repeated lament about my inability to find a really good sandwich, everything today is pre-made and pre-packaged. Really pretty lousy. Not fresh. No meat. Personality-less. But the only show town. 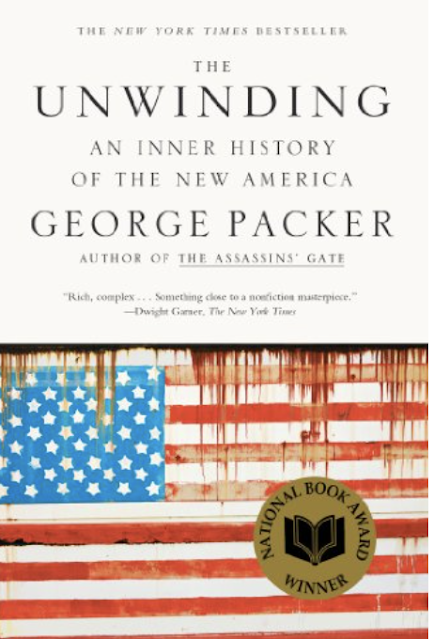 If you're inclined at all to think about any of this, you might want to pick up a decade-old book--a National Book Award-winner-- by George Packer, called "The Unwinding." You can buy it here.

I have a near eidetic memory, and I've never forgotten the passage below from Packer. It's given me some clarity about the state of advertising today. 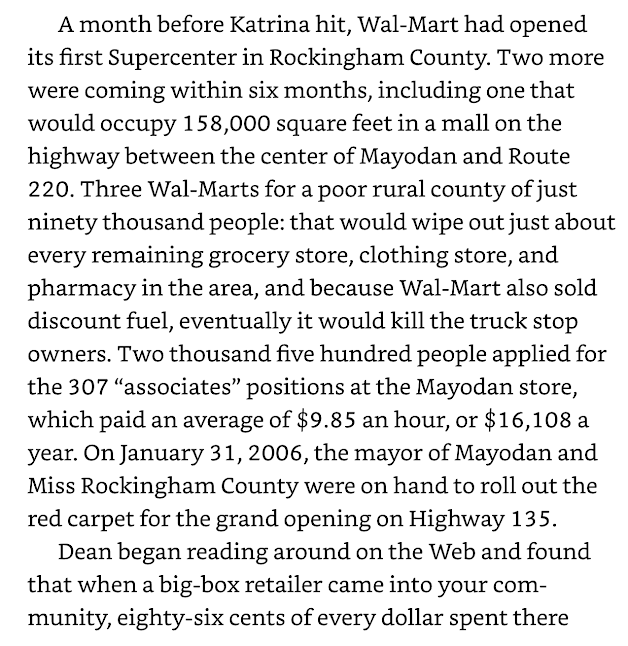 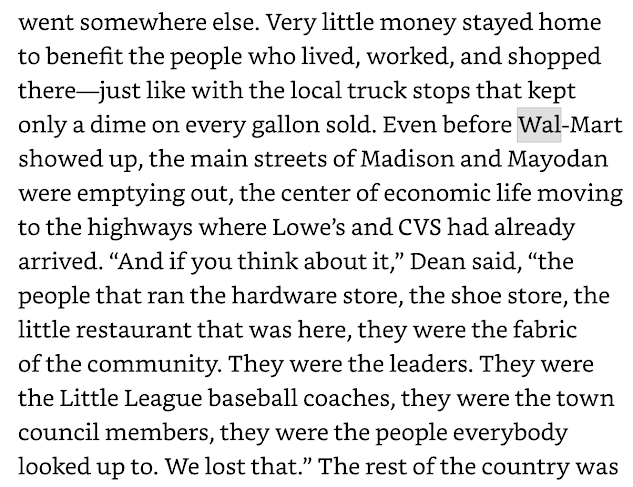 About five years ago as he was zapping me with his neo-Freudian cattle prods, my therapist asked me, "When you start your agency, what will you call it?"
I hadn't thought about it at the time. I was working at an advertising "Walmart," but was at the managerial-level. I answered off the cuff. "I'll call it GeorgeCo., because I'm selling me. My clients will get me. Not an ersatz me. Not anyone else."
Touch wood my business is going well. And I see friends whose businesses are going well too. Over $16 cocktails or $4 seltzers, they sometimes ask me, "When are you going to scale?"
I usually make a fat joke, like I used to do when someone would use the phrase "elephant in the room," when I was back at Ogilvy.
But I ain't scaling.
I'm not trying to grow so I can sell and lose control over what I'm building.
I'm not considering future considerations.
I'm doing what I love.

Working with people I like. For people I like. Doing work I like. And making money I like.
I suppose doing things you like in business hearkens back to the 80s, or before. And it's certainly not au courant.
Of course, I understand the "economies of scale." At least when you're mass-producing locomotives or automobiles or even laptop computers. But I don't get how the notion applies to something that's meant to be made for individual people. 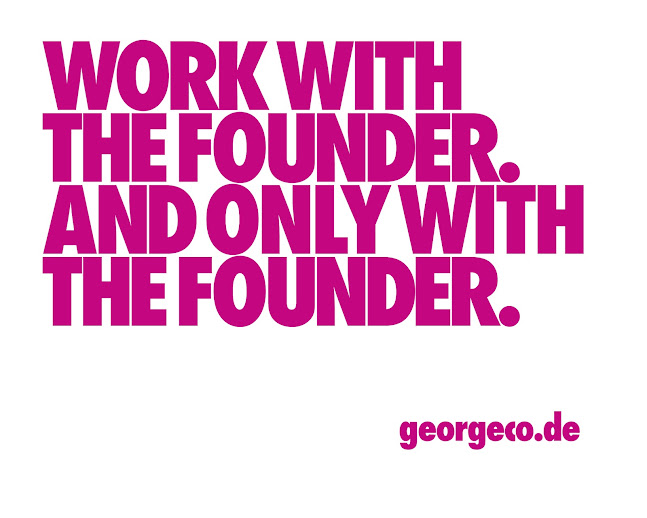