This will be a complicated post. One in which I'll jump around through centuries and thoughts like a flea on a hot tin dog. I apologize ahead of time. 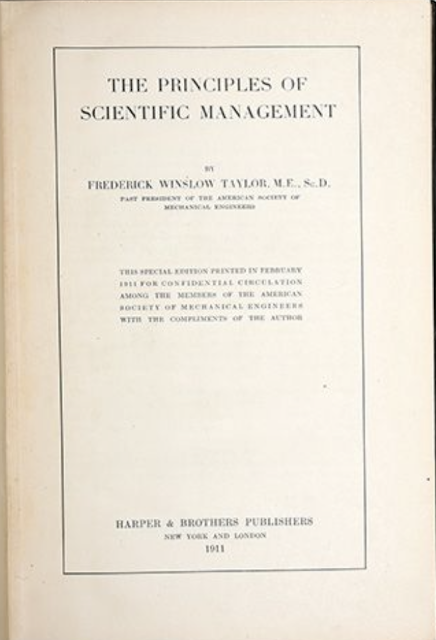 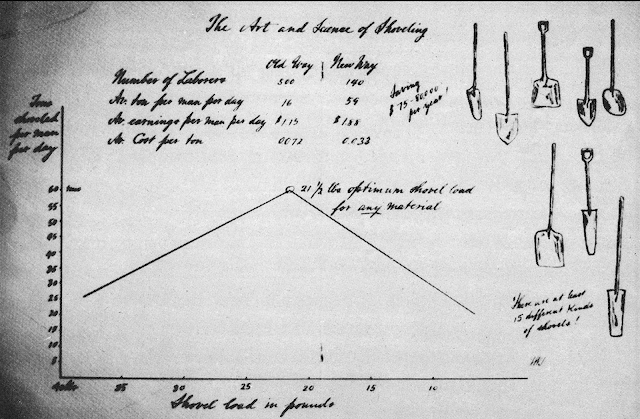 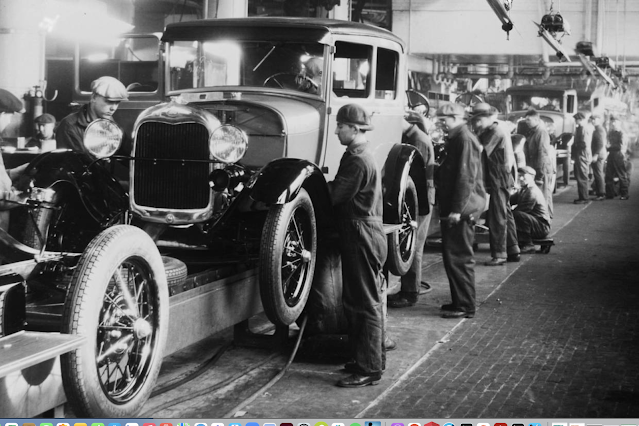 At the dawn of humankind, we didn't really have divisions of labor. Everybody had to do mostly everything.

If you were a subsistence farmer, as most people were, you had to do almost everything on your farm. If something needed repairing, you probably figured it out yourself.

As life on our planet got more advanced, we saw more specialization. Some of that came from farmers being able to grow surpluses. That freed labor to specialize in other tasks.

In Europe, at least, Guilds were eventually formed. There might be one for carpenters, for bookbinders, for shoe-makers and so on. If you were a farmer, you might have to bring in a doctor of sorts to help your cow give birth. You might hire someone to help you build a barn or repair a thresher.

In the early years of the machine age, we still operated under the aegis of guild-thinking. A group of workers might assemble an entire car engine. Coachmakers would make a body. Leather workers, the upholstery.

As time moved on, life kept changing. Industrialists like Henry Ford, and Industrial Management Scientists like Frederick Winslow Taylor, made a study of work. They soon discovered that much efficiency could be gained if large tasks were broken down into smaller pieces. Also, breaking large tasks down to smaller pieces reduced their reliance on skilled labor. Very few people can make an engine. Almost everyone can tighten a screw three turns.

Specialization of tasks made making things simpler, more uniform and cheaper. Unskilled labor is always cheaper than skilled labor. A craftsman like Duncan Phyfe or Gustav Stickley would command a higher wage than someone like you or I who can barely put together something made by Ikea.

I've noticed a similar dynamic over my forty or so years in the advertising industry. Whereas creative people once learned about the brands they worked on, took factory tours, talked to clients and customers, and did extensive (if unscientific research) creative people today have much more limited roles.

There are creatives who do nothing but TV. Others do nothing but site work. Others do primarily site navigation. Very few creatives--even at the creative director level--have deep understanding of their brands, the products they make, the competitive set and market dynamics.

My guess is you could count the number of creatives who read industry trade magazines on one hand. I remember working for Montgomery Ward when I was 21 and reading "Footwear News." When I worked on IBM, I think I was the only person in the agency who read the Wall Street Journal--a newspaper that probably devotes one page in five to the tech industry.

The task of creating an ad--no matter what sort of ad--has become infinitely more complex and, more strikingly, more divisible. There are many more people involved than there used to be, each completing a smaller and smaller part of the larger task. There are writers, art directors, social strategists, brand strategists, motion designers, brand planners, coders and more. All for a mobile ad the size, roughly of a postage stamp.

What's more, as tasks have gotten smaller and more rigidly defined, workers--that's you and me--like the workers above who spent their days tightening screw after screw--became less connected to their jobs. A basil cruncher cares less about the marinara than a sauce-maker.

It's a weird way to run a business. It's like not being a writer but instead being an expert in the "k." Your job has very little to do with the finished product and anyone can do it.  Why should you sweat bullets over it? Why should you care?

Once workers become interchangeable, once they're treated as an interchangeable part, they become estranged or alienated from both their jobs and their employers.

More people doing smaller tasks with less influence on the eventual outcome or the finished product is not a good formula for success. Why should it be? The masses of unskilled labor making the product have little or no responsibility for the totality of the product.

I could be wrong.

But it seems like people who work and the entities that employ them are at essentially cross-purposes. Workers want work with meaning. Employers want workers that are cheap, the work they're charged with doing is, therefore, without psychic recompense.

This point of view about advertising might be wrong.

This point of view about industrialization might be wrong.

But this seems to be the way our industry has matured.
Or rotted.

It seems like we don't care what we make. As long as we make it. Cheaply.

I know the Holding Companies are now ginning up their stock prices by announcing increases in revenue. That's the news they dole out to an unquestioning press. No one seems to be questioning, reductions in force (WPP has shed about 15% of its employees over the last couple of years) and their woeful margins. The Holding Companies are strip mining what's left of the industry. Taking the wealth out of the mountain. They'll leave with nothing but slag left.

In my opinion, you're not hearing a cash-register ca-chinging.

No, that's a death knoll.