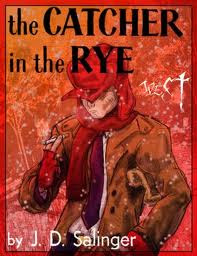 As 2011 draws to a close (you could shoot a cannonball through my office right now and not hit any living thing but maybe a rat or two) I started thinking about what would make 2012 a better year.

The first thing that came to me was a quotation by Holden Caulfield from "The Catcher in the Rye." Obviously he isn't talking about advertising but, nevertheless, there's a lot of wisdom contained below.

"I thought what I'd do was, I'd pretend I was one of those deaf-mutes. That way I wouldn't have to have any goddamn stupid, useless conversations with anybody. If anybody wanted to tell me something, they'd have to write it on a piece of paper and shove it over to me. They'd get bored as hell doing that after a while, and then I'd be through with having conversations for the rest of my life."

First, we could improve 2012 by having "fewer goddamn stupid, useless conversations." Take the time to coalesce your thoughts before you "think out loud." Actually, think before you speak. Actually, don't speak unless you have something to say.

Second, "write it on a piece of paper." In other words, commit. Put something down. Put some skin in the game. In advertising we make things. We do not merely speculate. Grow some balls.

Third, "I'd be through with having conversations..." Our daily routine should be about creating work not creating meetings. Meetings are not our reason for being, work is. So stop booking meetings to bring yourself up to speed or to have the "group" do the thinking you were supposed to do.

We could not interrupt someone when they're typing.
We could not book meetings from 12-2 and not supply lunch.
We could show up on time.

But this would be a good start.
Posted by george tannenbaum at 9:08 AM