A Saturday in New York.

My wife, ever-resourceful as she is, and I are members of the Metropolitan Museum which is just a few blocks from our apartment. One great advantage of membership is that you can pop in for 30 minutes and scout the place out and see what you want to go back to see later in more depth.

The museum today was like a flower that just opened. It was so full of beauty it was ready to burst.

We went specifically to see the new galleries dedicated to art in the new Near East galleries which featured art and artifacts from the parts of the world we are trying to blow up, Iran, Syria, Iraq etc. The Met, of course, does an astonishing job and has a breath-taking collection. They've recreated whole rooms, from floor tiles to benches to window treatments. The result is stunning and transformative.

From there we went to a collection called "Infinite Jest." A panoply of satirical cartoons lambasting, among other things, the profligate and pretentious rich. 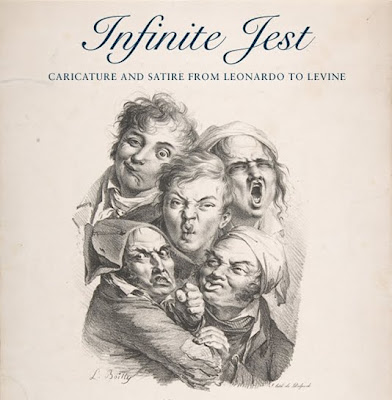 Then a gallery of about 200 Steichen photographs.

Then, in an effort to battle the persistent cough and cold that's affected me these past two week, we walked to the 2nd Avenue Deli which opened in my neighborhood over the summer and is located, somewhat inexplicably on 1st Avenue. There we had the greatest art of all--a light dill-flavored chicken broth with two really good kreplach.

Art is great and powerful. Many of the pieces we saw were thousands of years old. Others have endured through the centuries. That's all well and good.

For non-Jews:
Kreplach are small pasta dough triangles filled with ground meat or mashed potatoes. Similar to dumplings, they are sometimes called Jewish ravioli or Jewish wonton. Sometimes kreplach is boiled and served in soup. Other times kreplach is fried and served as a side dish. It is customary to eat kreplach before the Yom Kippur fast, on the last day of Sukkot, and on Purim.
Posted by george tannenbaum at 3:04 PM