A lesson in copywriting. 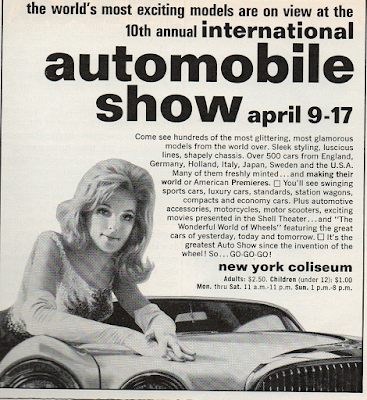 Almost 40 years ago I got my first lesson in being a copywriter.

It wasn't from a course in school or even from a book. I got it at the New York Auto Show.

Like a lot of teenage boys I was a bit of a car nut growing up. Every year I would go to the Auto Show at the old New York Coliseum. The Coliseum was a hulking space on Columbus Circle (gone now and replaced by the gleaming Time-Warner Center.) It smelled of concession-stand hotdogs and cigarette smoke. The Coliseum was built ugly and quickly went down hill.

My lesson came when I walked over to see the new VW Super Beetle. This was one of the last of the original bugs made for America. I remember it was the first time I'd seen taillights with an amber turn signal.

The salesman at the booth started talking about the turn signal. "The minute you flip it on," he said "the turn signal starts." A few people in the audience laughed. "The turn signal on some cars doesn't turn on for as long as a second." The audience snickered again. Finally he said, "If you think that doesn't matter, at 60 miles per hour, a car travels 88 feet in a second. So the Beetle's turn signal turns on 88 feet faster."

I was floored by that fact.

Suddenly I believed in the VW. If they cared that much about a turn signal, these must be very good cars.

It was certainly very good copy.
Posted by george tannenbaum at 4:21 AM

The power of being specific

George: all this rear view mirror viewing. Yes we get it but this is not an art but a " craft" of the moment. More interested in looking ahead and viewing where wecare then doing a draper. And Hoffman, booting.