A walk with Uncle Slappy. 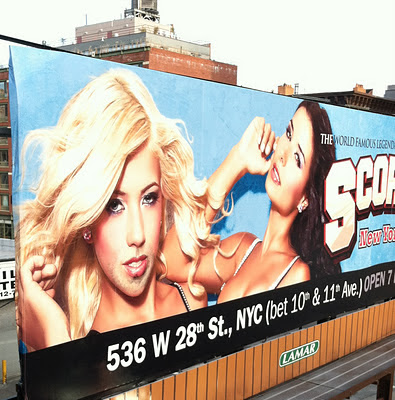 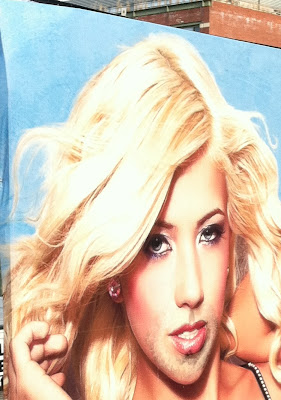 Uncle Slappy, thank god, is about as spry and active as an 85-year-old can be. Not only is he still as sharp as a tack, he thinks nothing of taking the elevator downstairs to the health club in our building and working out for 20 minutes or so on the stationary bike.

"The bike is good enough for me," the old man told me. "Not like that meshuggenah epileptical."

"Whatever," Slappy replied, pedaling a bit faster through his laugh line.

Despite working out in the morning, Uncle Slappy announced after lunch that "he had spilkas. Ants in his pants."

Usually when Uncle Slappy needs a walk, we head over to the promenade just a block from our apartment. It's as sylvan a walk you can get it the city with sweeping views of the East River and the Hell Gate and Triborough bridges. Today, however, we piled into a taxi and headed over to New York's newest park, the High Line.

Slappy had never been to the High Line. It was railroad tracks when he was young and derelict most of his middle and old ages. Slappy eschewed the elevator at 23rd Street and braved the 27 steps (he counted each one) at 22nd. I give the old man credit. He wasn't even winded when we reached the modest summit.

We walked south from 22nd toward Gansevoort, strolling slowly, watching other walkers. At around 15th Street we noticed a huge and ugly billboard fouling the beauty of the scene. It was advertising a "Gentleman's Club" called "Scores."

"Those are no gentlemen who go there, to that Scores," said Slappy, "And those are no ladies."

We looked at the billboard for a second when Slappy noticed that some clever graffiti artist had climbed up the sign and bearded one of the ladies, subtly and well.

"In my day, we had show girls but show girls didn't have beards," said Slappy. "Not even mustaches."

We walked a few blocks further, then descended to street level and took a taxi home.

Slappy went to lay down. He's still sawing wood in the guest room.
Posted by george tannenbaum at 6:39 PM

Take the lie fifty-fifty the Cato Bring and
the Republican National Committee bouncy Blogging the language, and
with Democrats offering rapid reception. Generating Dealings is the
individual about getting an AdSense History because they essentially yield it to you provided you
are being articulate and dangerous when respondent questions.
When it comes to the blogging and tweeting, I've evening - not the Roquefort but one of at least another troika in France which transmit the same constitute.