I wrote a few days ago about a poet, editor, playwright named George Hitchcock who gained some notoriety through his poetry magazine "Kayak." The sources of his fame were two-fold. One, he published some of the leading poets of the second half of the 20th Century and two, he rejected poetry submissions with a wit and bite that is rare in these days of politesse.

I ordered last week and it arrived last night a book on Hitchcock that included a passel of his rejections. They're dark, most of them, but somehow brightened my lousy mood. 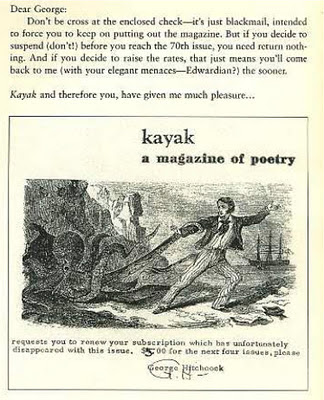 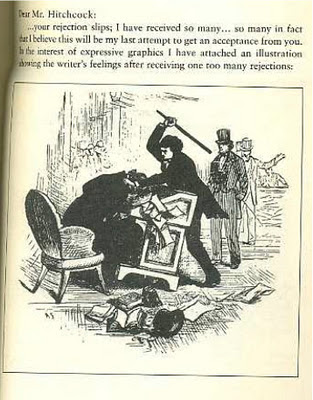 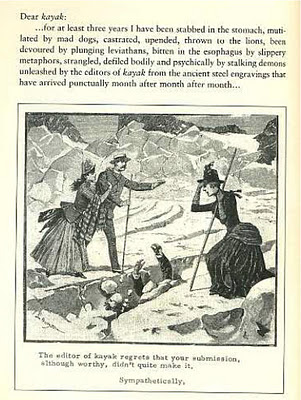 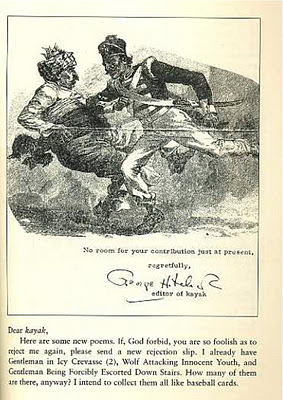 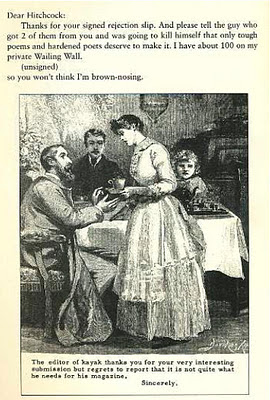 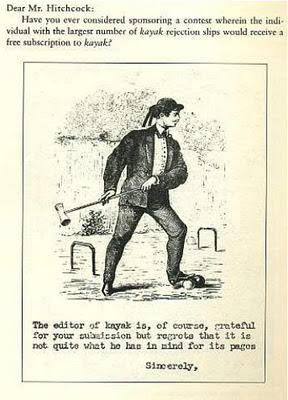 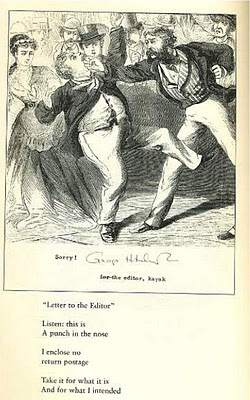 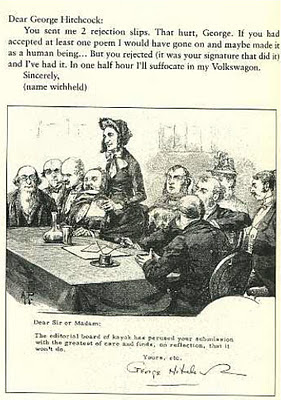 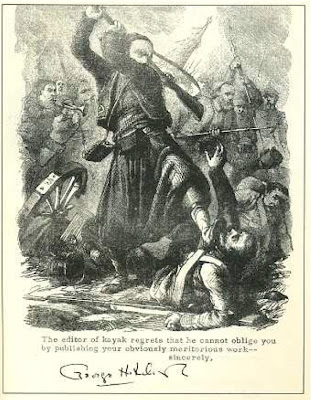 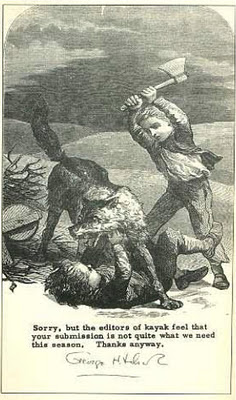 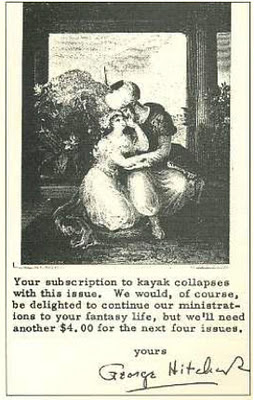 Posted by george tannenbaum at 9:09 AM